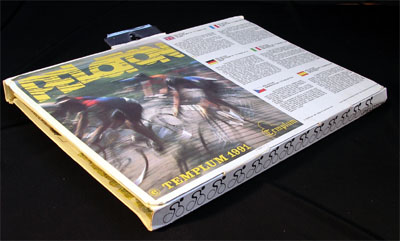 Another rather unplayable ambitious game, or is it that I first read the rules in German? (Thanks, Felix, for sending the English rules).

I quote from the game's rulebook: "The game PELOTON brings you an almost perfect model of the real sport. It is astonishing to see how a few simple, well-chosen logical principles can make the cyclist figure on the board conform to the same influences and laws as the real road-racer. [..] However complicated the game may appear at first sight, believe us: appearance deceives."

Well, the oddly-hexed board may deceive, but a sixteen-page booklet does not!

On the positive side, the movement of the riders is quite interesting (and, ok, not that complicated) It is one of the rare games which translate well into time trial stages (and even better into team time trial). This may not automatically make it a good game to play, but at least it makes it deserve some respect.

Moreover, the game has everything a good cycling game should have: energy management, aspiration...

But it still does not fully work.

A good try, though.

Complex? You have to put some -provided- trafic signals to know which way you are going! 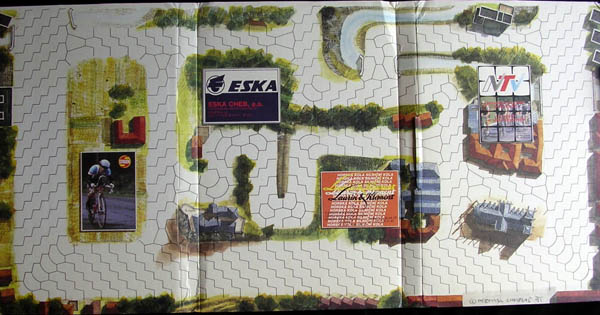 Some cyclists and trafic signs:

Some Czech ads and graphic instructions: 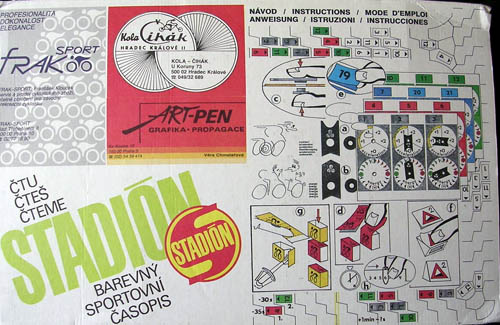 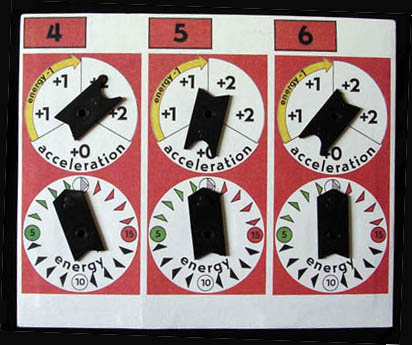