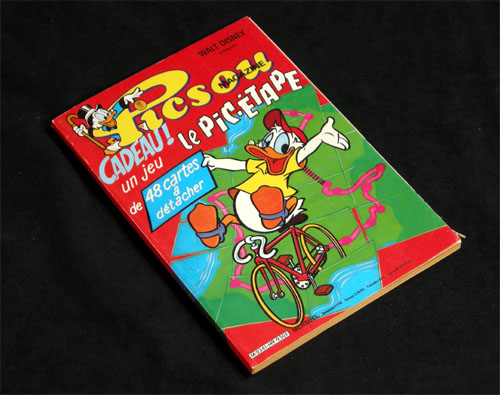 Unusual Tour De France game included with nr. 149 of french Picsou magazine. (One year before the bonus was Picsoutour and, sometime later, Bicross) This one is a 2-player game. It consists of 48 tiles. 28 of them form the road, and must be played in order. The other 20 cards are landscape cards and are placed with one of their sides touching an already placed card. 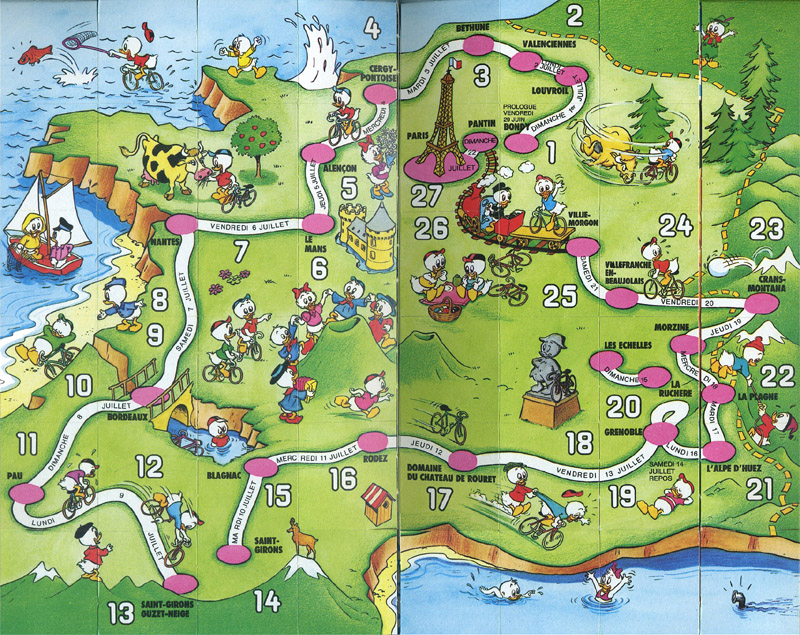 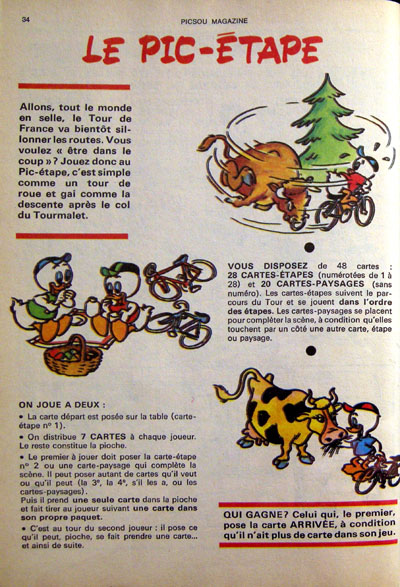