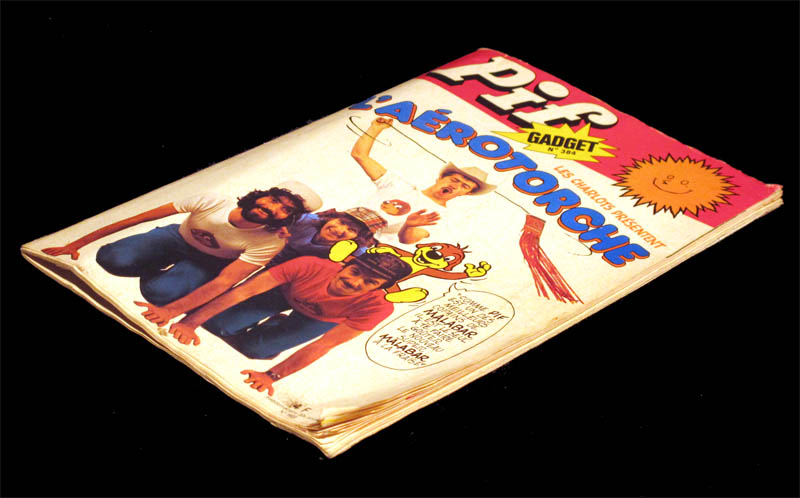 Sixteen years after Le Tour de France de Pif, here is another cycling game of goose included in the by then renamed to Pif Gadget magazine. This one was included with nş 384, july 1976

The players chose one of four riders: Merckx, Poulidor, Thevenet or Régis Ovion. Of course, the latter is not so remembered nowadays, but he was 1975 French national champion. 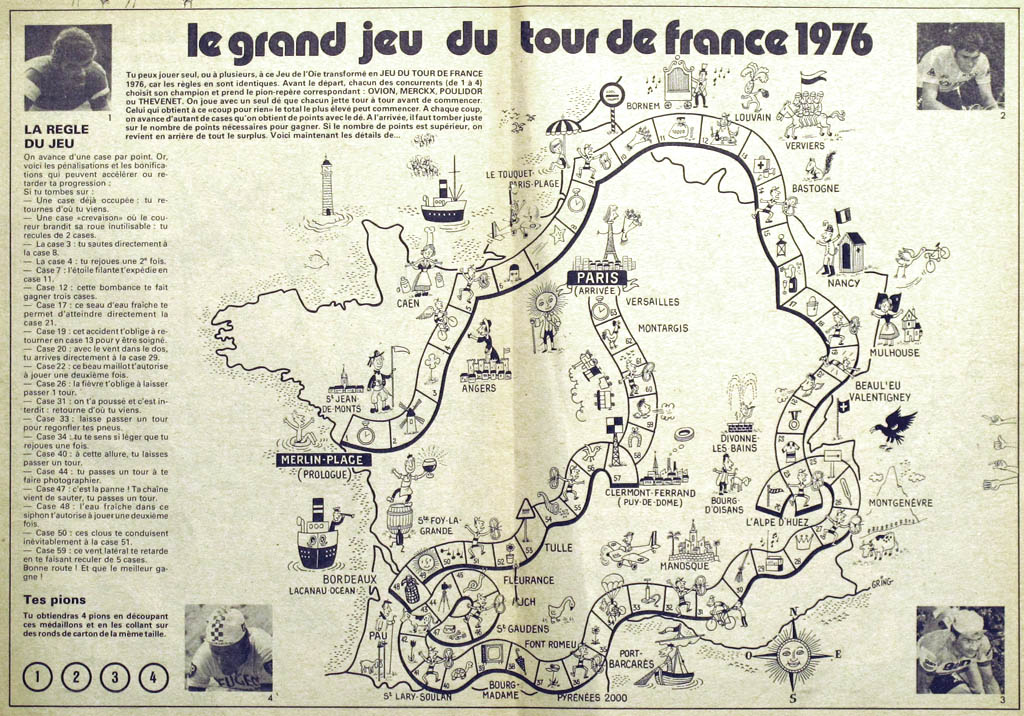 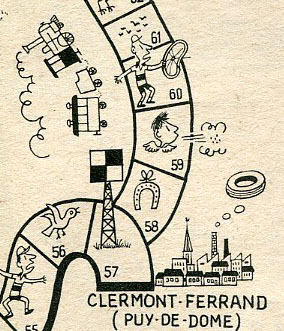 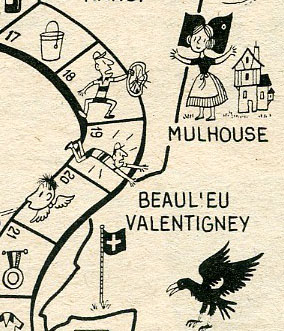 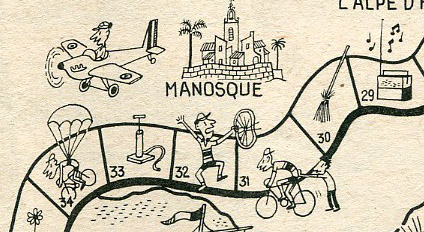 The game is  featured in an eight-page booklet included in the Pif magazine, where all the games are cycling-themed (though none of the others is a board game). 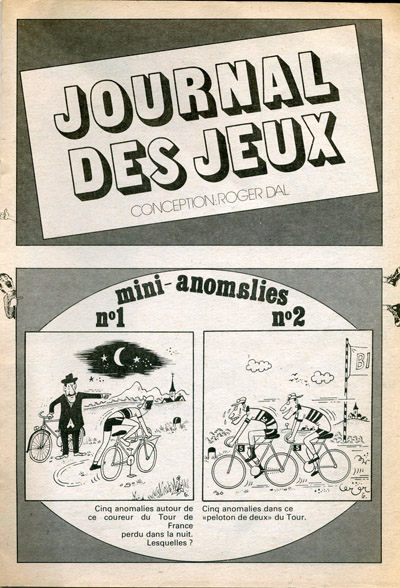 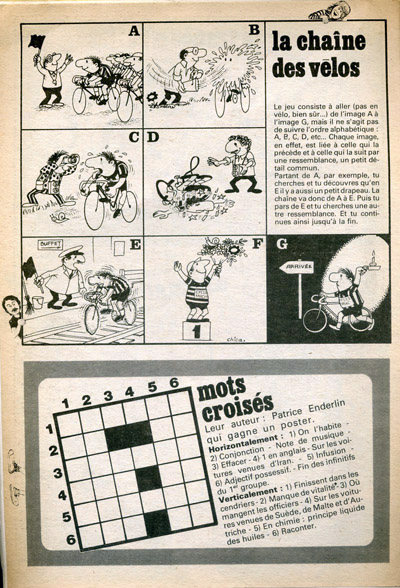 Thanks to Didier Maria for telling me about this game.