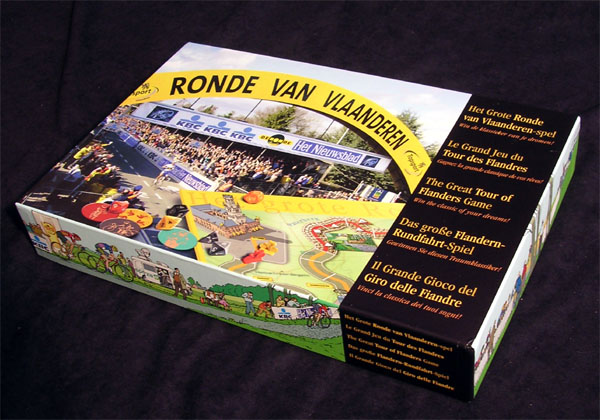 A recent game about a great race (not the other way round).

Each player takes just one rider (no teams). There are 8 cyclists in the game. The number of players is not mentioned in the rules, but I assume the game is somewhat better with 6 to 8 players.

The game features 6 different dice (D4, D6, D8, D10, D12 and D16) to be used according to race circumstances and type of road (flas, ascent, cobblestones...). What's better, some of the tactical cards can only be played on particular places in the race (Bosberg, Muur-Kapelmuur...). Good knowledge of the actual race is not required but is a plus. This makes the feel of the game (the race ambiance) is quite good, above average.

Nevertheless, the game mechanics are not so interesting. There are three levels of play, so that younger children can enjoy the game too (level 1 is marked " 8 years", level 3 is marked "12 years"). Level 3 is supposed to be quite a tactical game. But despite all the different dice and cards, it's just another  dice-based race game intersped with some luck-drawn tactical cards.

The most interesting (at least, unusual) rule is the presence of a peloton. It consists of three riders glued together on a small plate (see pics). This peloton generally moves automatically (following the last cyclist in the race) but can accelerate by playing some tactical cards (riders in front of the peloton also speed up), or overtake cyclists who had to skip one turn. If a rider is overtaken by the pack, he is in trouble..

Rules are in 5 languages (Dutch, French, English, German and Italian) 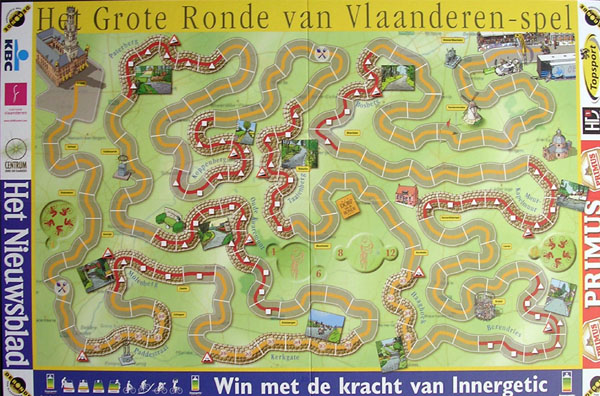 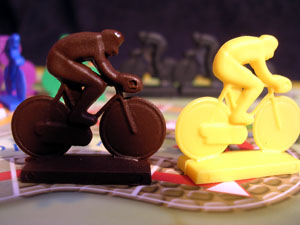 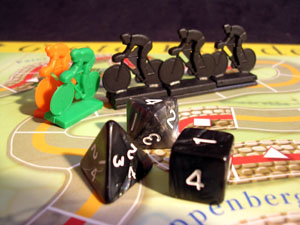 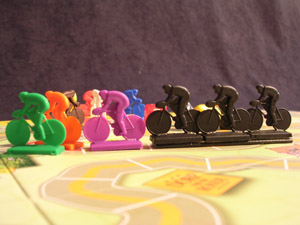 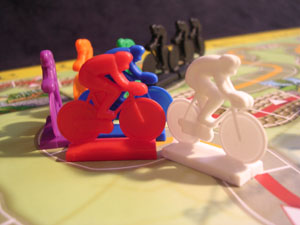 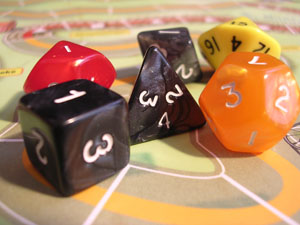 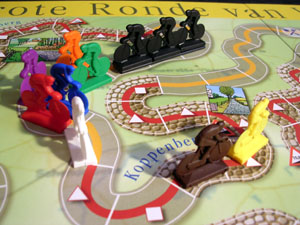 Haven't I seen these riders somewhere before? Notice the peloton (line of three black riders glued together) 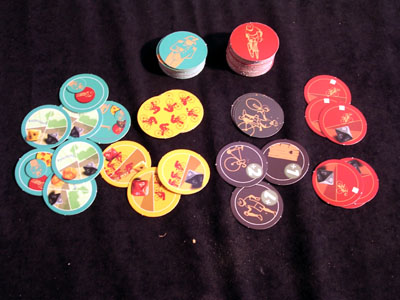 The tactical cards are round!

More about this one here: http://www.rondevanvlaanderenspel.com/