Self published Irish game, dedicated to the great Irich champion Sean Kelly. By the title of the game ("Sean Kelly Edition"),  there might be another version of this game (the regular edition) but I have never heard of it. Also, according to Pierre Bertin, there is a much cheaper French edition of this game, with counters instead of cyclists and a very light board. 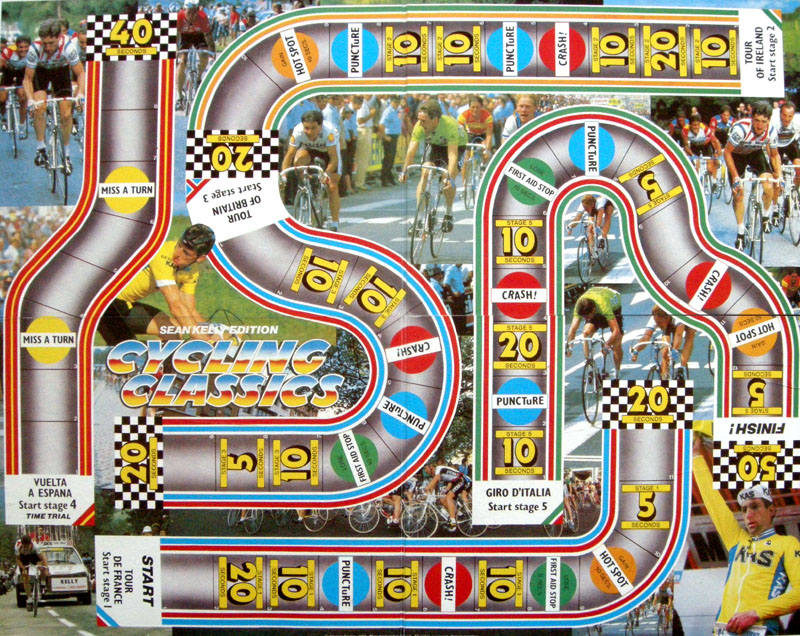 The game represents a stage race, though the five stages are unrealistically called Tour de France, Tour of Ireland, Tour of Britain, Vuelta a Espana (time trial) and Giro d'Italia.

Every time you land on a special square you claim the bonus seconds. (By the way, you will need a much bigger sheet of paper than the provided scorepad). Bonus seconds are also awarded to the first player to reach the end of each stage (by an exact throw). 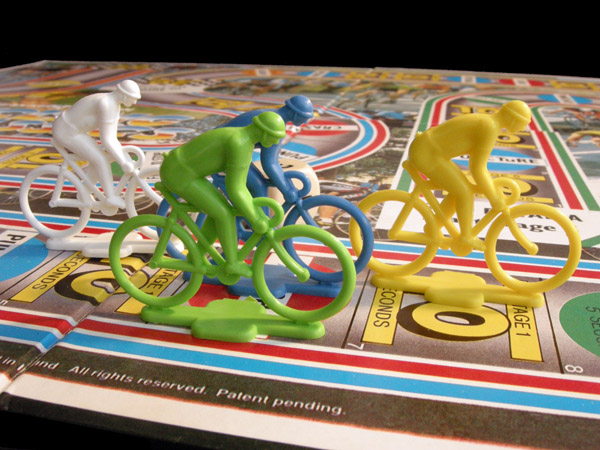 However, when a rider  falls in a puncture area, he must wait until he throws a one on the dice or chose to halve his accumulated score. Here is a little strategy. Moreover, punctures are worse for race leaders than for riders with low scores, who do not have much to lose. (Exception: riders with a score of zero must remain une turn in the puncture area if they fail to throw a one). 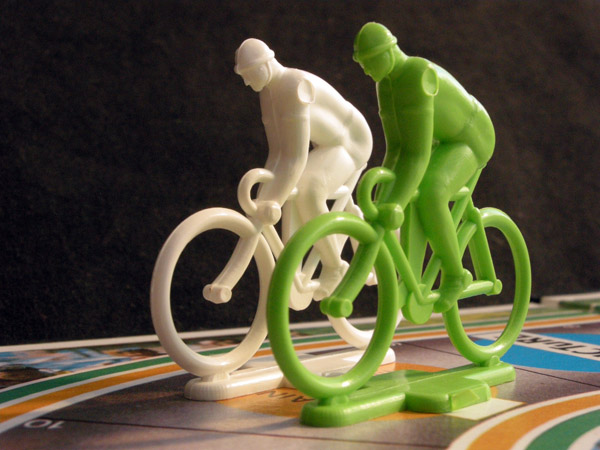 A part from that, there are "First Aid Stops" where riders lose the marked numbers of seconds and "Hot Spots", in which first rider to land or pass claims some bonus seconds.

The time trial is run by all players simultaneously, and has "miss a turn" spots  as the only special squares.

The winner (called "world champion" in the rules) is the one with the best score at the end of the fifth stage. 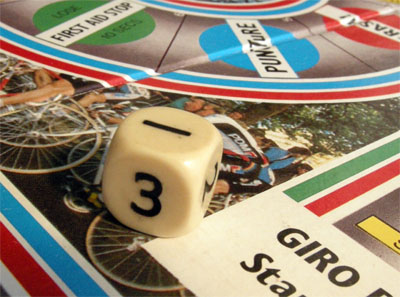