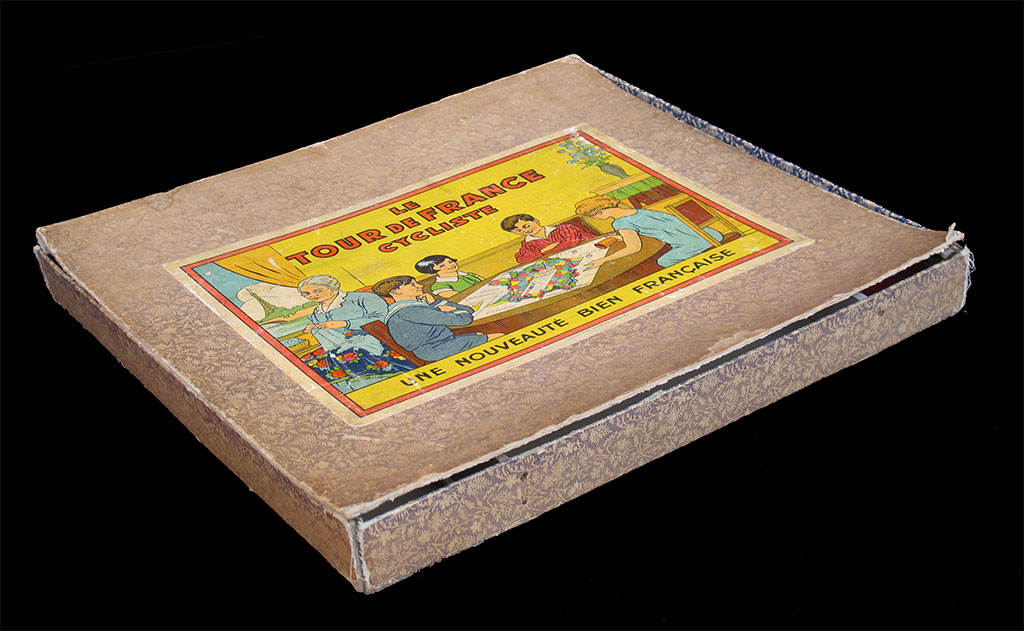 This is an old French game of which there are at least a couple of other boxes (see below) and of which there is very little information around. It is a big game (the box measures 40 x 36 cms anfd the open board is  74 x 70 cms) and represents stage by stage the Tour de France of 1934 (except the half-stage at La-Roche-Sur-Yon).

This version of the game with the litograph pasted onto the box lid is very scarce. 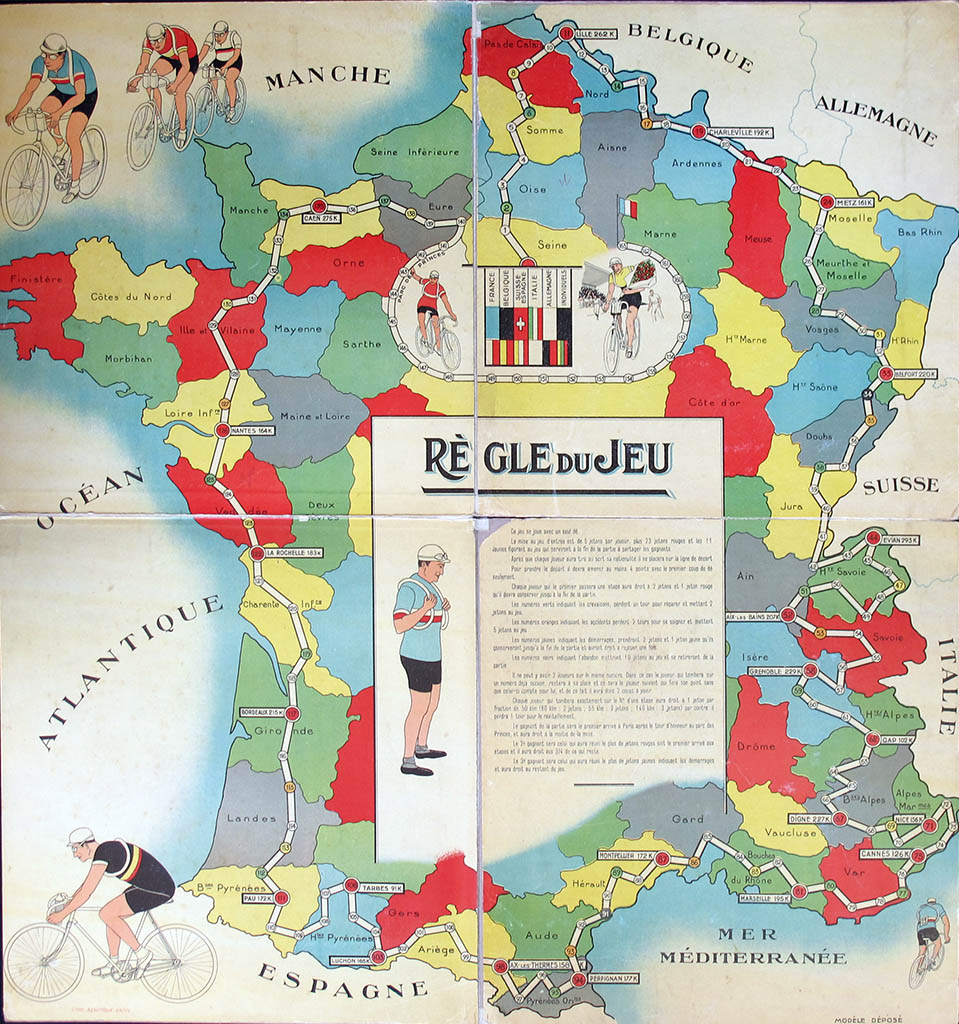 Unfortunately my copy of the game is not complete. as you can see by the contents of the box. The die and shaker may be original, I am not so sure of the (otherwise magnificent) rider and surely the 4 cardboard squares are not part of the game (see below). On the other hand, according to the rules, there should be at least 11 yellow counters, 23 red counters, plus at least 30 other counters of an unspecified colour. And of course there should be six riders. 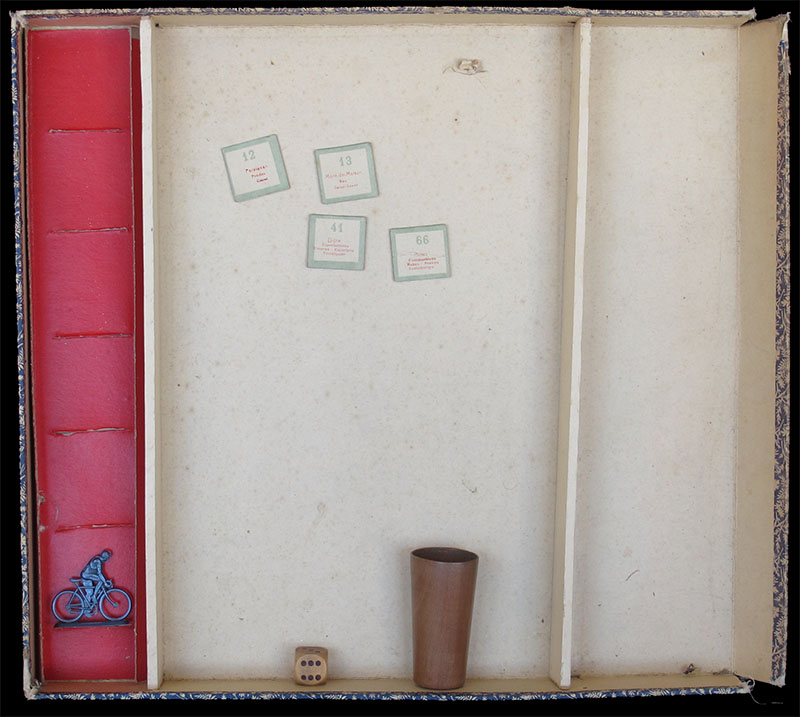 Remark that there are six teams, one of which is called "Individuels". This category appeared on the Tour de France in 1934 (replacing that of "touristes-routiers") and lasted only 5 editions. 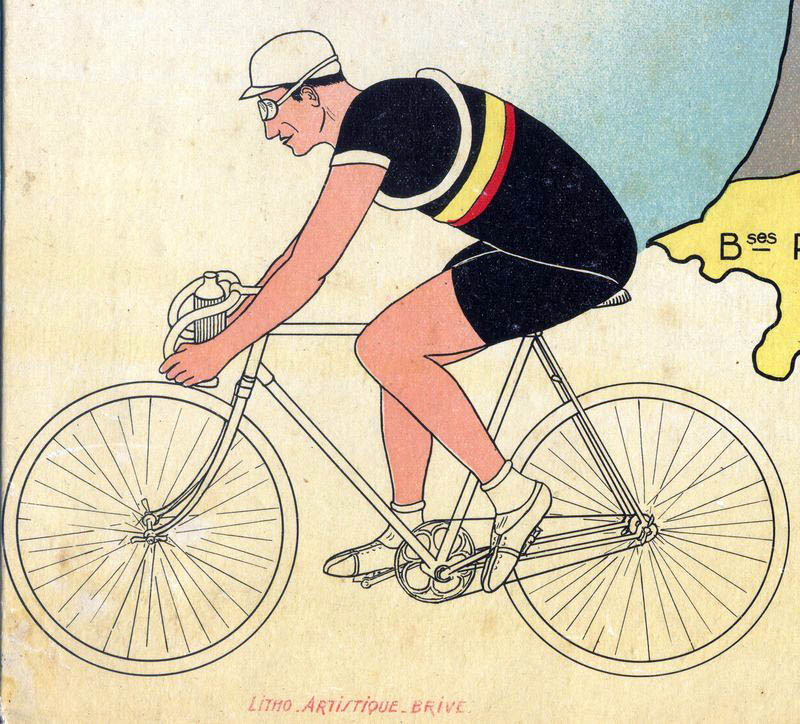 The only reference of a maker in the game is the mention "Lithographie Artistique Brive" both on the board and on the litograph pasted onto the box lid. My guess is that the game was made in Brive-La Gaillarde, but you can correct me if you know better. 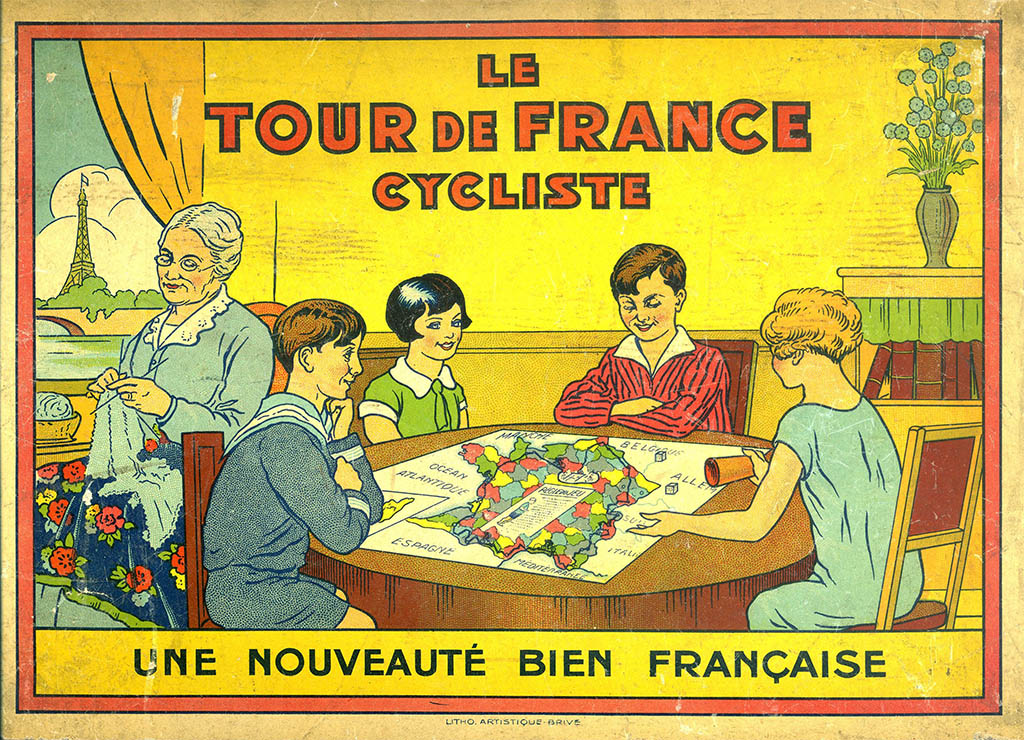 The picture on the box displays features four children playing the game under the surveillance of probably their grandmother, while the Eiffel Tower can seen through the window, topped by a flag. What is remarkable is that the game is played with two dice, while the rules clearly state that there should be only one. 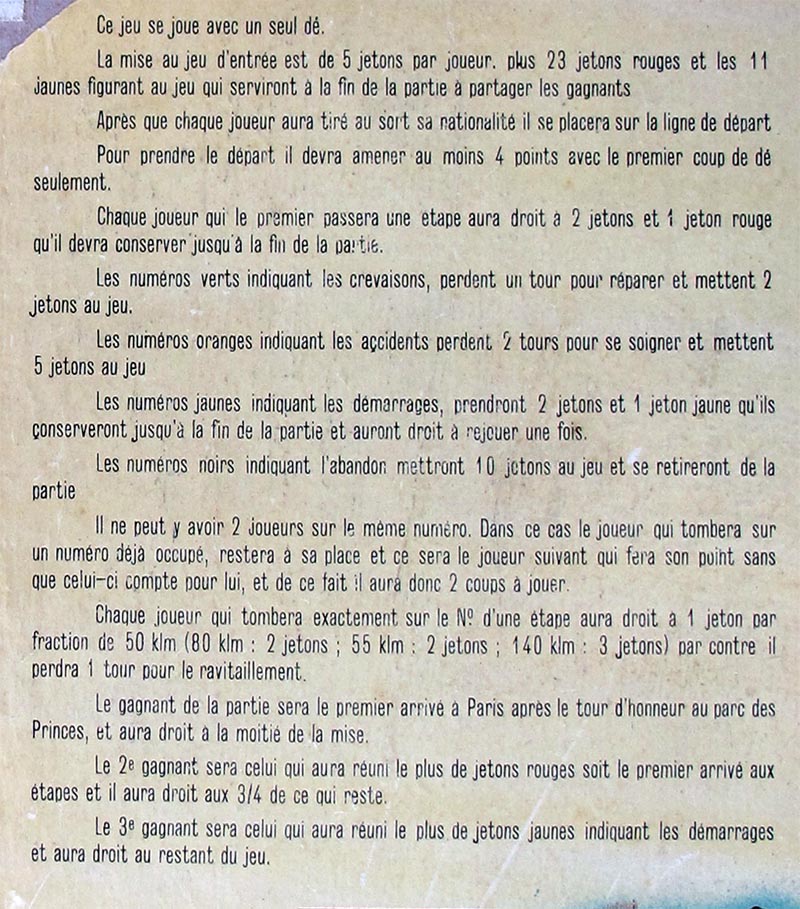 As you can see, this is a betting game rather than a racing game, though I will still file it in the roll-and-move games category. 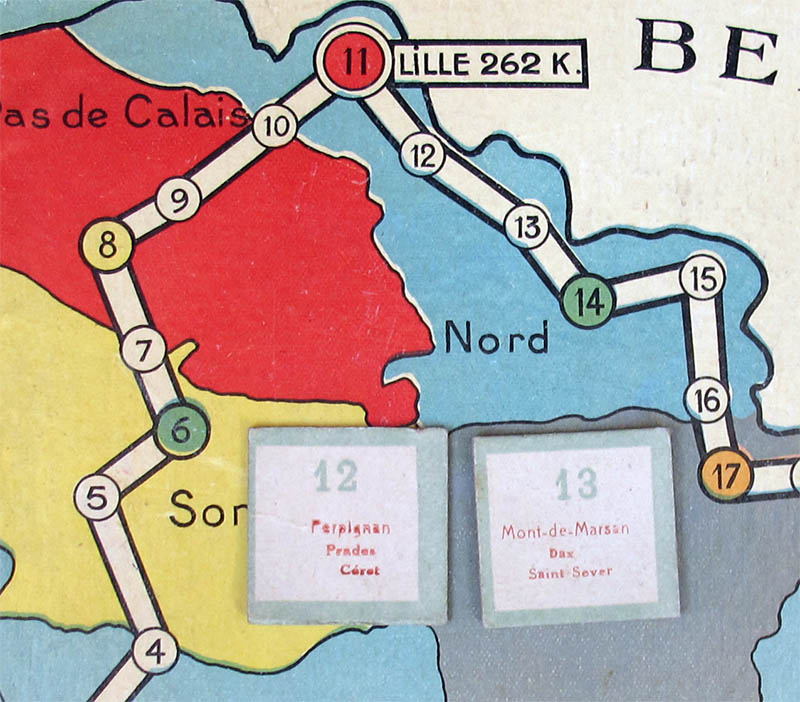 The rider may probably not belong to the game either. While the fact that it is too big for the board is irrelevant (it is not the only case, and it fits in the box slots: the original riders in this game are roughly the same size), I have some pictures with different riders in this game.

However, since I have a different edition of the game, the riders in them might have been different too. By the way, notice the quality of the riders' making. It is made of plastic (rare but not impossible before the war) and he has his head turned to the left. He measures 44 mm. Any piece of information about this rider is welcome.

These are the two different boxes mentioned above. The colour of the blue box is not too different from mine if we allow for different colour degradation. If you see the picture of the better preserved inner part of my box you will see that it was originally blue.

As for the riders, and not having a better picture, the only thing I can say is that they are different from mine. 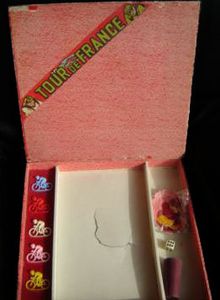 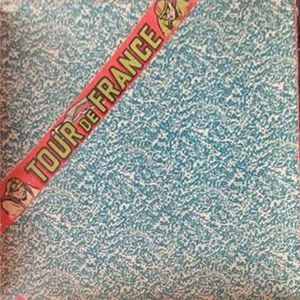 Many thanks to Pierre et Bilou for this game!!!