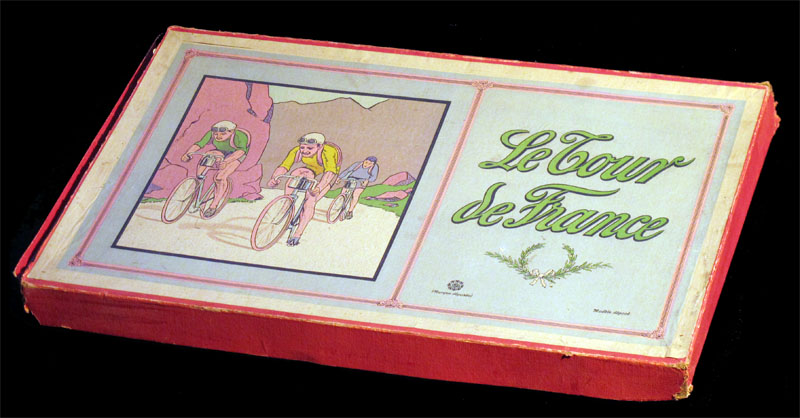 Rare old Tour de France game, one that can challenge this other game about being "the oldest game named after the Tour de France". Included in the game box I found a bill (see below), according to which this copy of the game was sold in 1935. This tells us that the game is no later than that, but of course it must have been in the store for some years.

Of course this does not prove that the game is from 1924, it just proves that it is not from before. However, my guess is that the game was designed in 1924 or not much later, even if I cannot really say when it was released to the public. 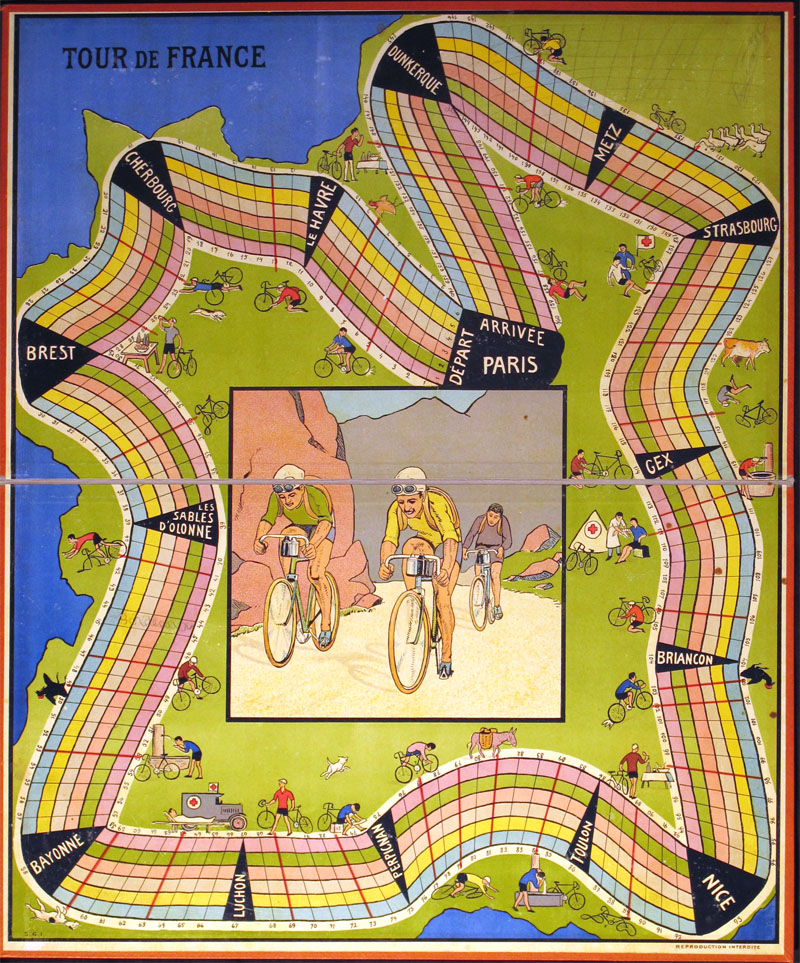 The drawing on the cover of the game and the centre of the board has a definite 20's flavour. In fact, I would say that one of the featured riders is Henri Pelissier, winner of the 1923 Tour. Check this picture of the Pelissier brothers for a comparison. 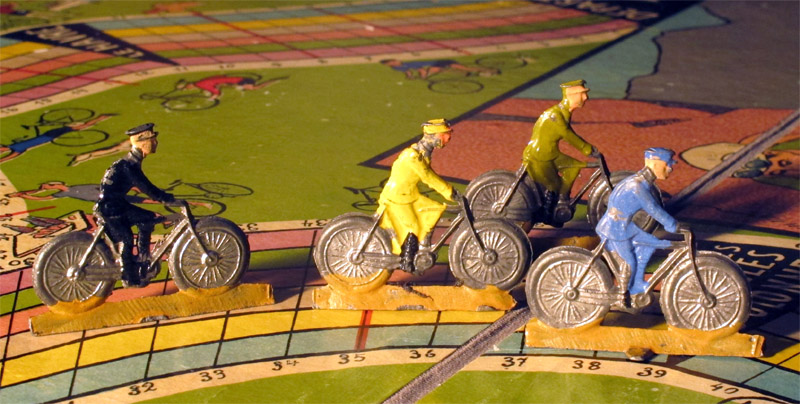 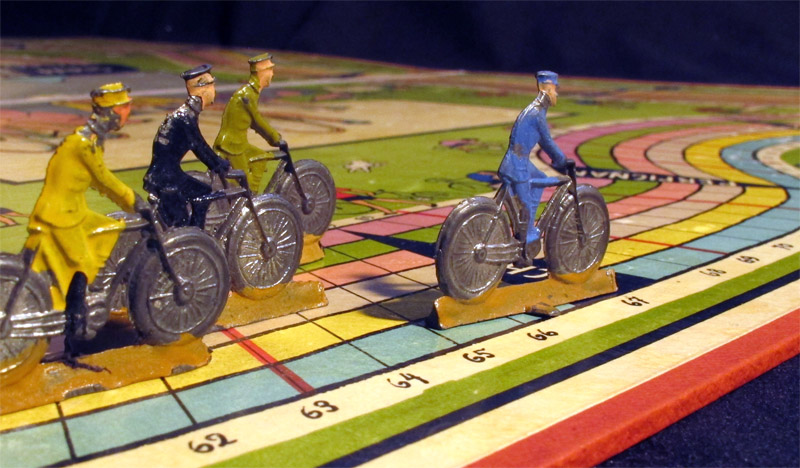 The tin riders could even be older that the 1920s, and probably were reused from some other game, since they do not look like Tour de France riders but rather like postmen (maybe military), don't they? 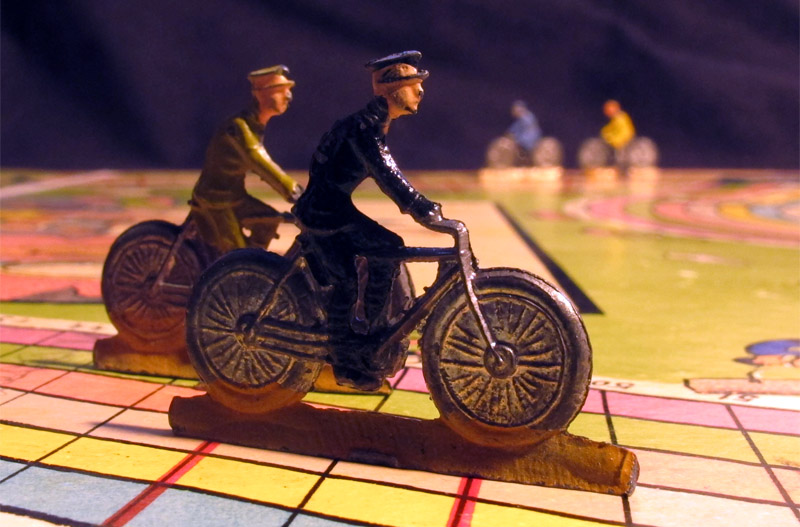 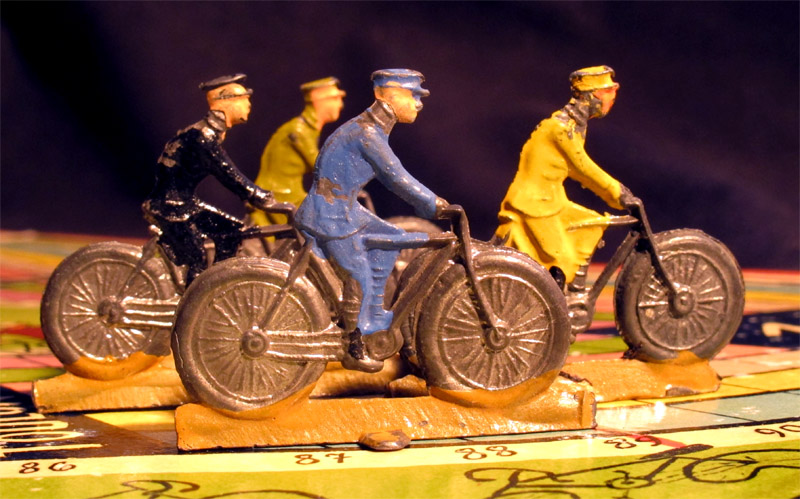 The were supposed to be six riders, one for every lane of the board. I just have five, one of which is beheaded (as happens often with tin riders, compare with those in this game) and therefore not shown.

Rather unusually, the game features four different ways to play, all of the simple. Notice that a piece of paper has been glued to the bottom right corner of the rules, possibly to correct some printing mistake. 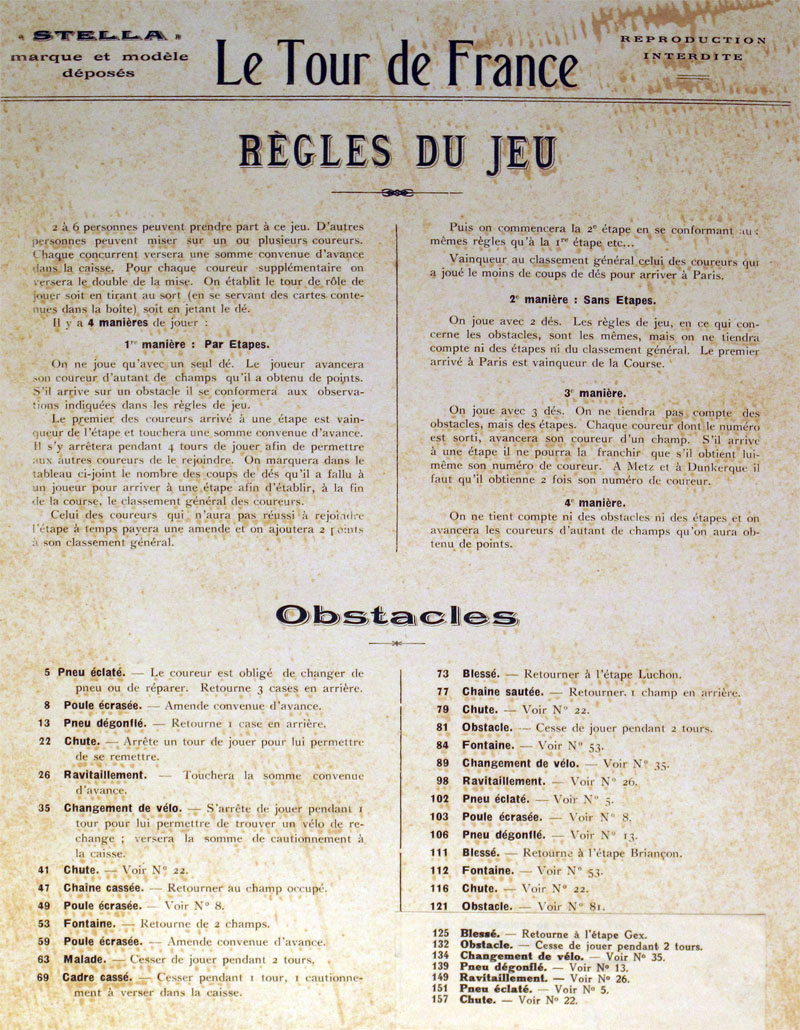 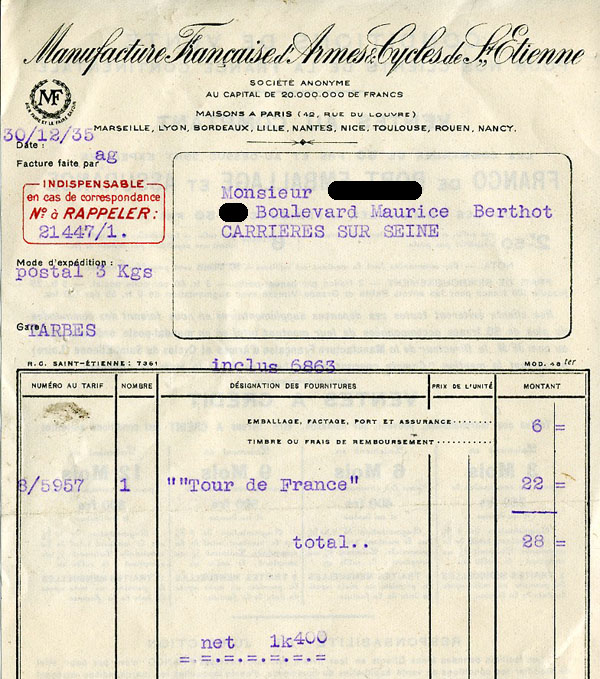 Thanks to Jean Catherine for finding this game.

UPDATE December 2019: A copy of this rare game was recently for sale. It featured these figurines. Of course, there is one missing. Even if they are closer to what you would expect to find in a game like this than the ones I have (at least these ride bicycles), they don't look like Tour de France riders either. 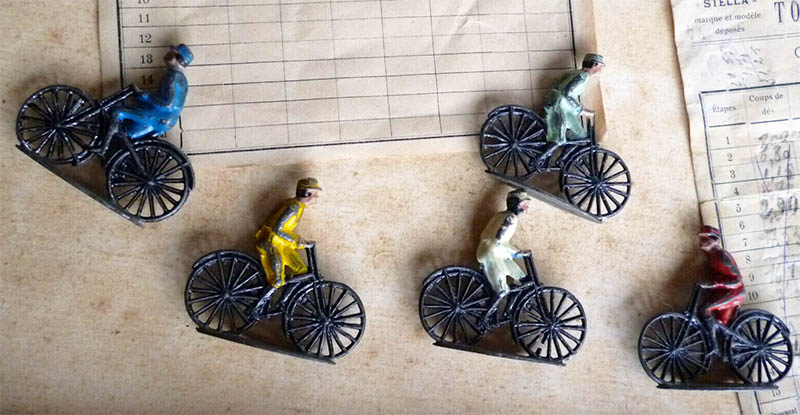