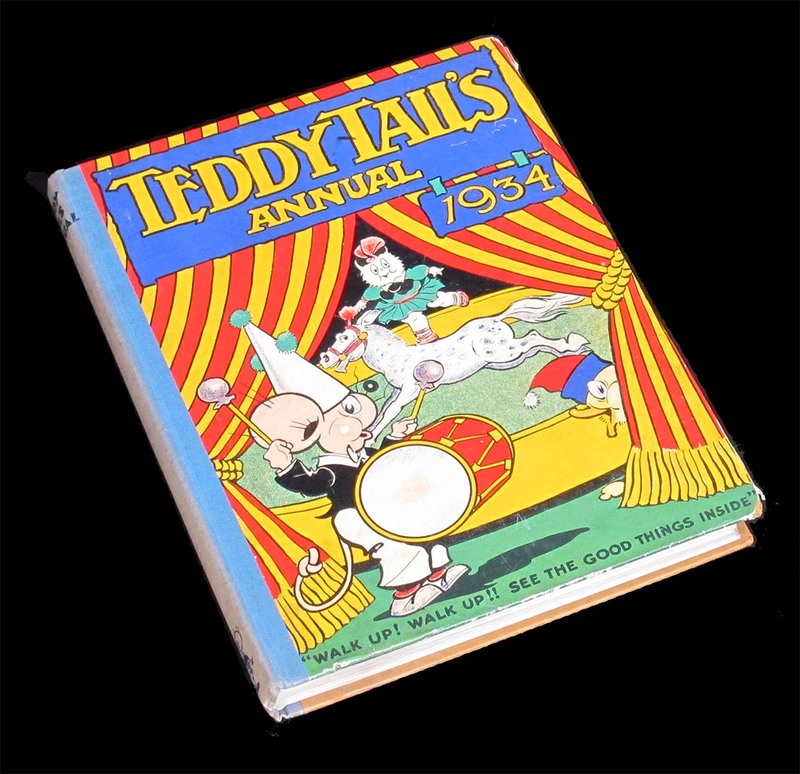 Here is a game published in an English children's annual back in 1934. According to the Wikipedia, Teddy Tail was a British newspaper comic strip about a cartoon mouse featured in The Daily Mail from 5 April 1915. It was the first daily cartoon strip in a British newspaper (being also the first to use speech balloon rather than captions). The character survived until the 1960s with several artists drawing newspaper strips and the varied annuals. Teddy Tail annuals were issued from 1933 to 1940 although there were several undated annuals featuring the first version of Teddy Tail. 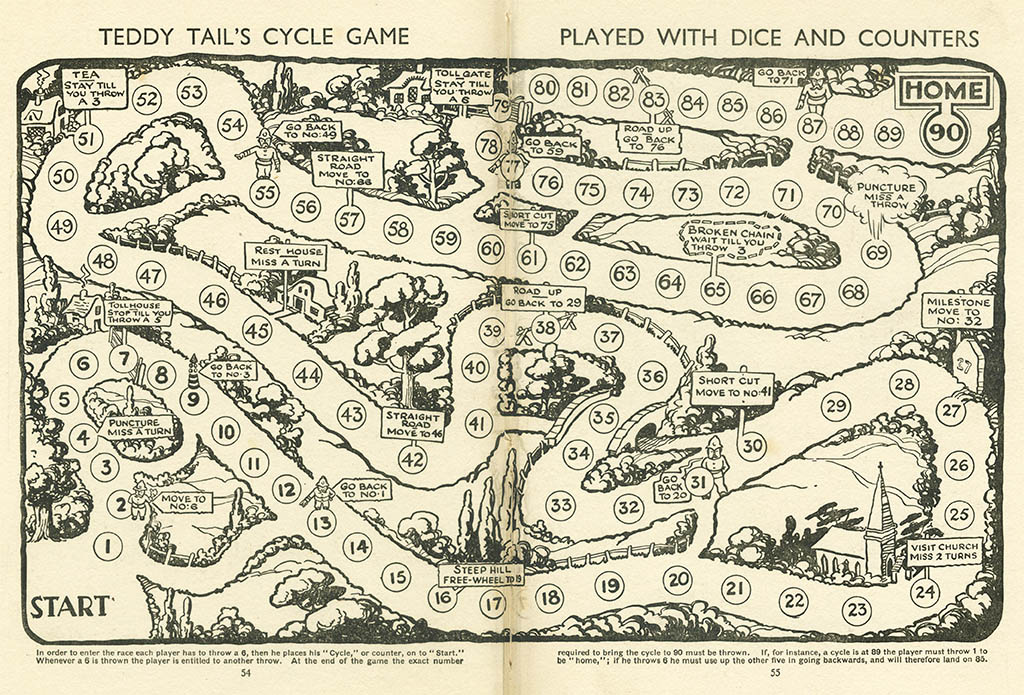 The first variant of Teddy Tail was drawn by Charles Folkard (1878–1963) who wrote and illustrated Teddy Tail from 1915 until 1926. In April 1933 Teddy Tail was revived by the Daily Mail, with new drawings by Herbert Sydney Foxwell (1890–1943). This is game from the Foxwell era, but I am not enough of an expert to say whether it was drawn by Foxwell himself.

As can be expected, the rules are very simple. 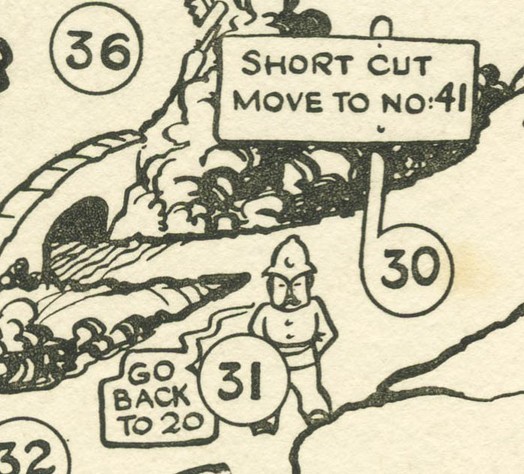 What is surprising is that although this is intended to be a "cycle game", there is not a single bicycle depicted on the board. 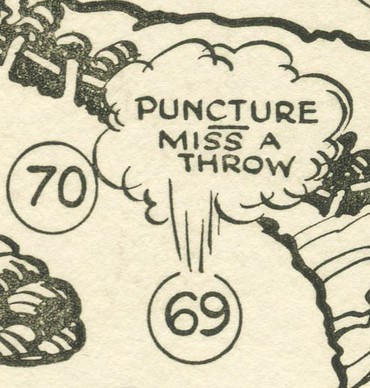 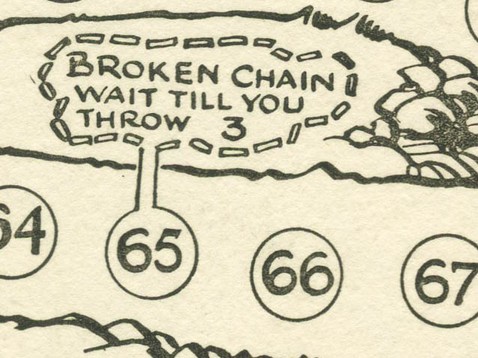 Some of the race incidents, however, are those commonly found in other cycling games (punctures, broken chains...) 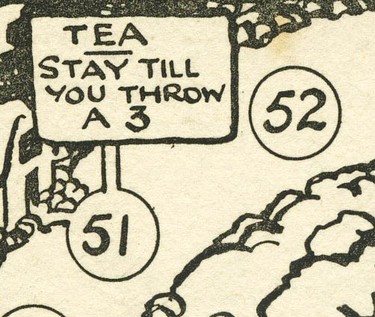 ...but not all of them are competition-oriented 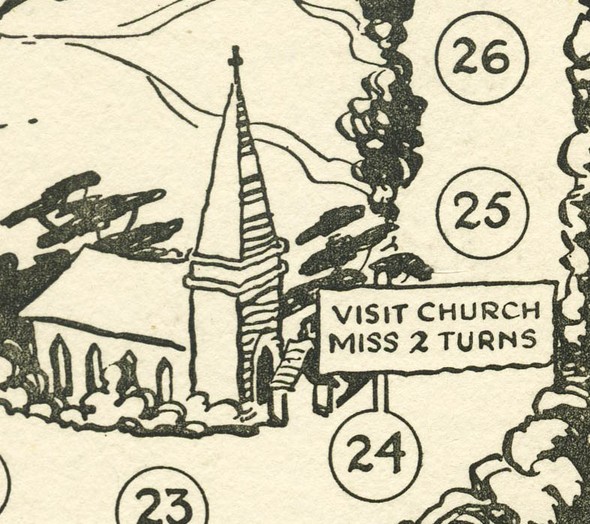 Unusual one for a race game! 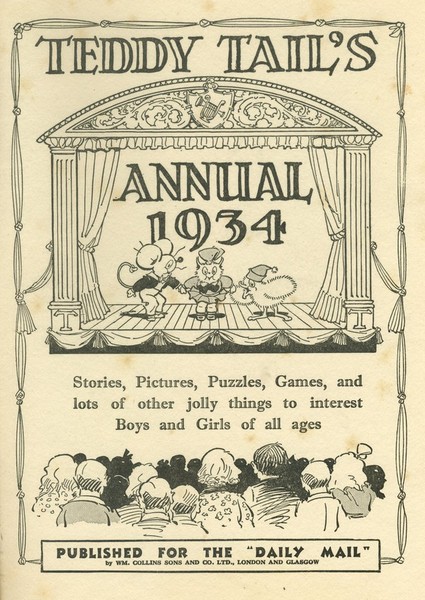 Eternal love to Eamon for sending this one!