This is one of the most amazing games in the recent cycling board games scene. Not so much because of the rules but because of the size, weight, and quality of the materials. The carboard tube above is 90 cms long and weighed more than 5 kgs when I received it. The boards are 80x60 cms.

Unfortunately the game is not available anymore, since it has been replaced by Arrivée, which uses a modular track. The good thing about it is that the game is retrocompatible: you  can play Arrivée on the fantastic big Tęte de la Course boards, and these are still available. 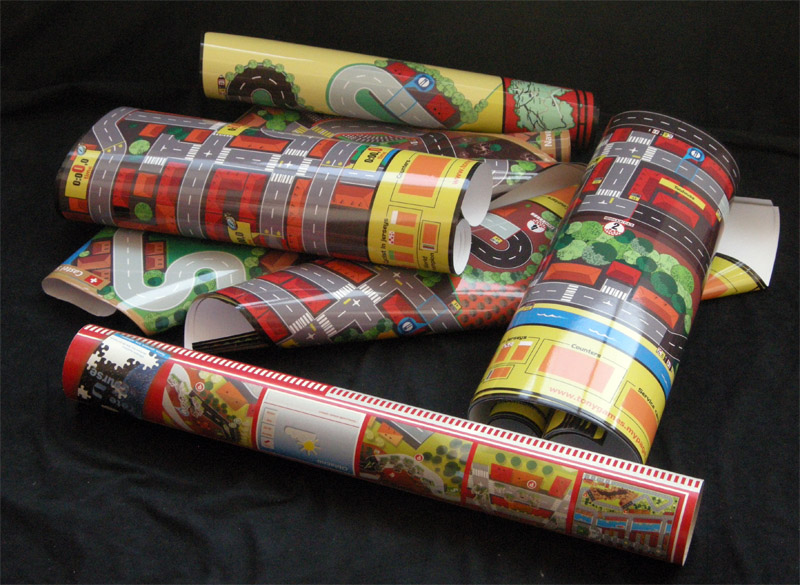 I don't know if all the boards are available but at some point you could buy a full Tour de France (21 stages) in two different editions of the Tour (!), a Giro, a Vuelta, a Tour de Suisse and two different boards for the World Championship (one of them for the time trial race) 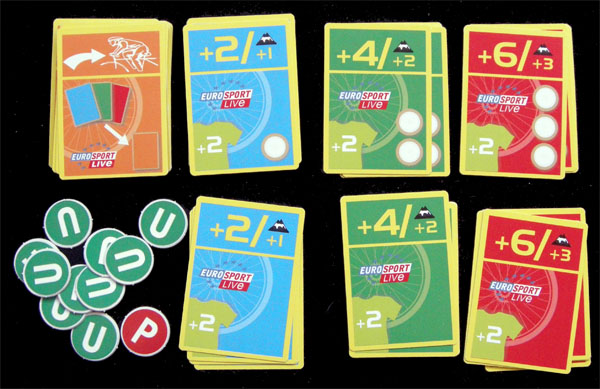 The basic mechanics of the game are those of  a family dice game, but (how could it be otherwise?) the complete set of rules is quite ambitious, covering all kind of situations that one can find in a cycling race, including drafting.

There are 4 types of road (flat, uphill, downhill, pavés), which turn out to be seven in the advanced rules, since there are 4 levels of uphill road. Each type of road has a basic speed movement, which is added to the throw of one die. On top of that, cards may be added to the move. This can make long movements, sometimes more than 20 fields (fortunately the boards are big, and the cyclists rather small)

You are supposed to run a stage race (though you can play a one-day race) with teams of three riders. There are lots of rules for different incidents of the race, including an interesting cascading rule for mass falls.

The use of cards as an  energy management device, give the game a tactical edge, but I would not call this one "a tactical game". 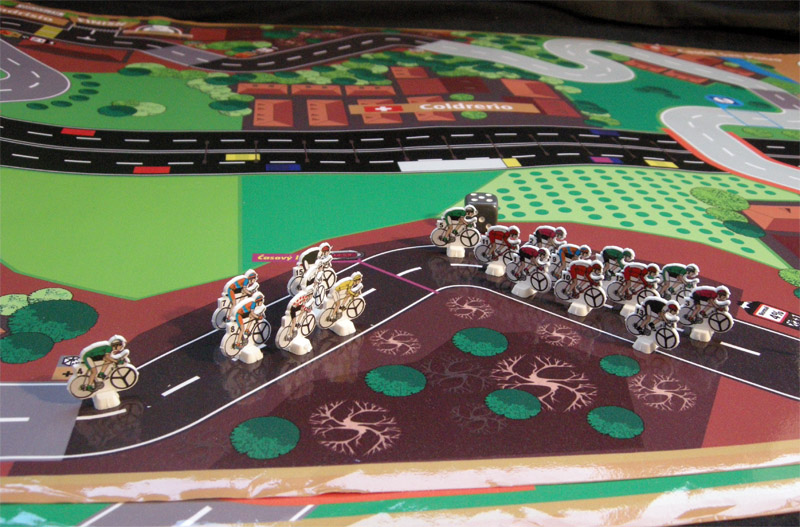 The first edition cyclists are only 2 cms long and quite cute, which gives the game a nice realistic feel.

There are some special riders with maillots which replace the riders that lead the different classifications. One surprising thing in this game is that since the leaders are supposed to be the strongest riders they have a movement advantages in subsequents stages. This advantage is different for every special maillot (including the under-25 white jersey) and we even have a specific advantage for the world champion, which applies during all the season. 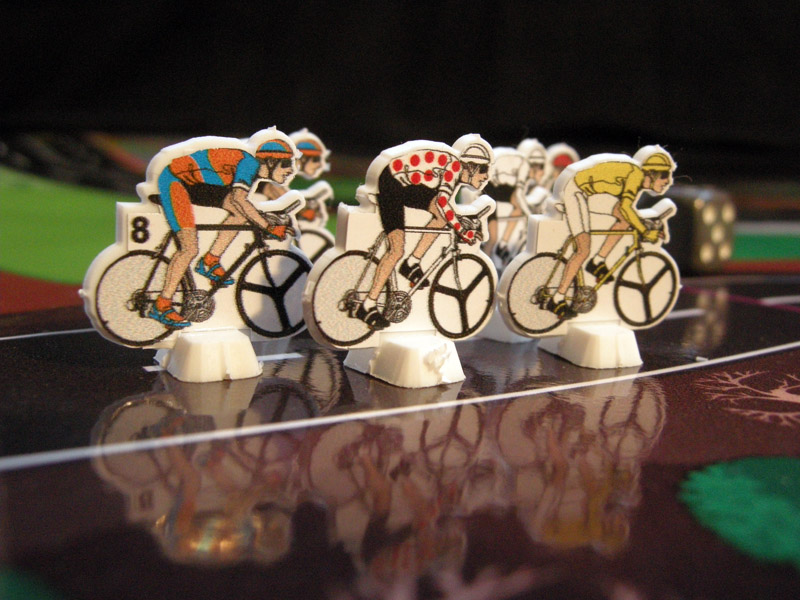 Another original rule is the team car, which enters the race in case of  puncture, fall or when asked for refreshment. It is placed six fields behind the rider and moves by the throw of the die until it reaches the rider (that keeps still). Then the rider resumes the race.

In the advanced rules we find even changing weather conditions (which come in a computer CD, along with Excel tables for time keeping).

This game is a must for collectors and if I were you, I would try to grab some boards while they are still available.

By the way, the rules for Tęte de la Course are in Czech, English (and maybe German), while you can find the rules for Arrivée (basically the same rules) in languages such as Spanish (translated by yours truly), Dutch and many more.