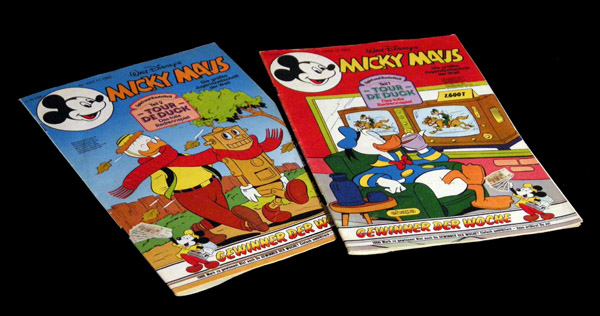 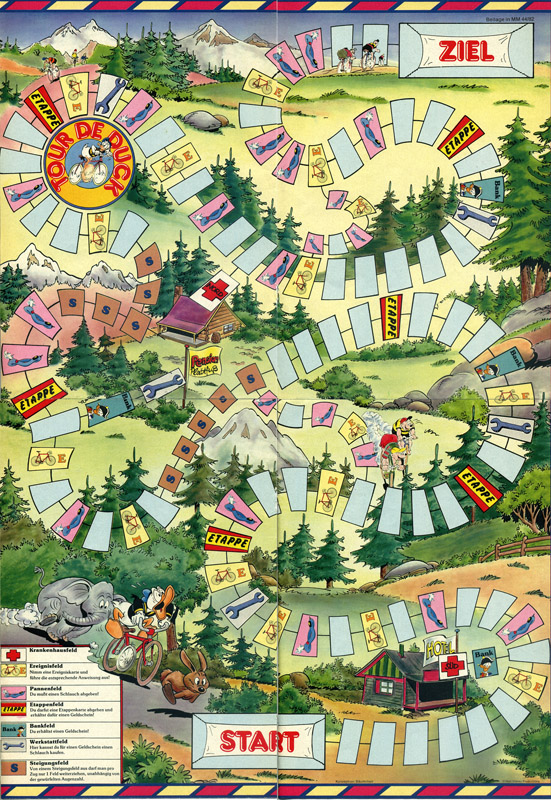 I have not cut my game, so I feature instead this picture that appears in the magazine (Disney copyright included!). As you can see there are some event cards and even game money. 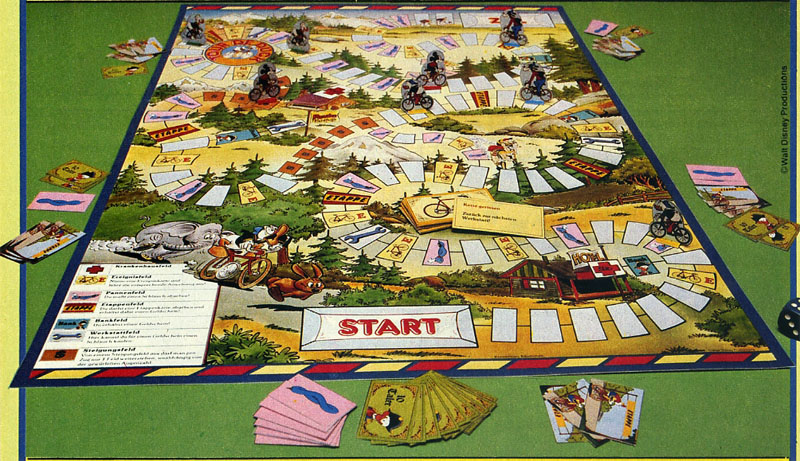 These are the riders, two per team. The winner is the first player to  finish the race with both riders.. 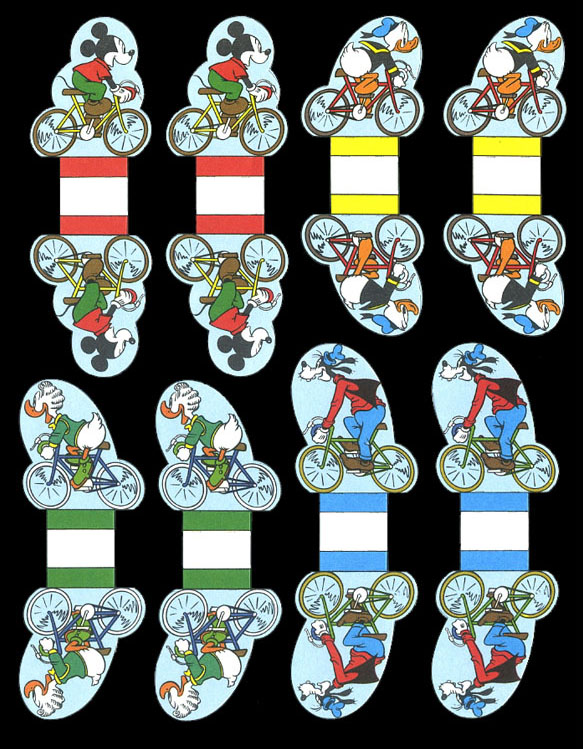 The rules are not complicated (provided you can read German!).

The website Seite42.de is featuring scans of many games from the Micky Maus magazines. You may download this game here: http://www.seite42.de/82_43e.htm