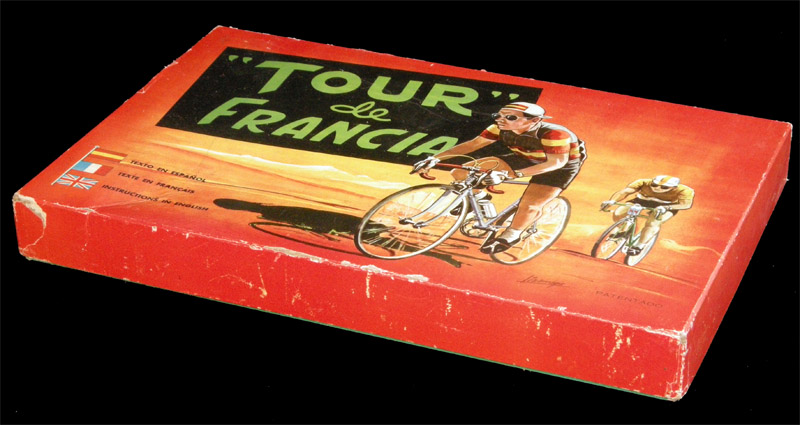 Hard-to-find Spanish 50s game with fantastic artwork by Lizarraga. I have been looking for a decently complete version of this game for more than a decade. I have finally found it. 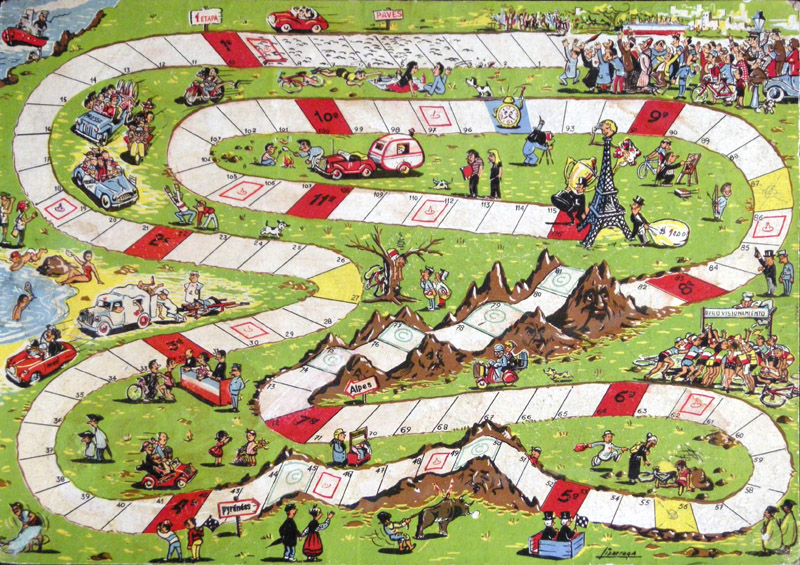 More than 10 years ago I purchased some second hand games and in the box of one of them I found spare parts from a couple of other (unidentified at the moment) games. I eventually found that most of the spare parts belonged to Sprint, but I was still left with this: 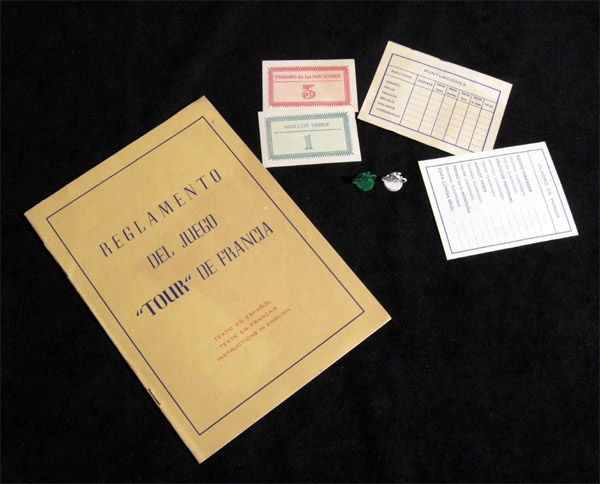 I was not sure whether all the parts belonged to the same game, but I was quite sure that at least the rules were of a game from the end of the 50s (among other things, they metionned Bahamontes, Coppi, Bobet and a rider from Luxembourg, which can only be Charly Gaul,. The riders looked too small (they are barelu 2 cm), one of the smallest in any cycling game in my collection).

Some years later, the late Geert Lagrou was able to purchase an uncomplete copy of this game. He had the box, the board, a couple of riders, some game money, but no rules. Upon close examination we found out that all my still unidentified spares were part of a Tour de Francia game, and that it might even be his copy, since we did not have a single piece in common (his riders were of different colour than mine, ...)

Still some years later I was lucky enough to purchase a board which, by this time, I could readily identify as belonging to this game.

But it was not until 10 years after the first find that I have been able to purchase a complete copy of the game. As it always happens in these cases, I did not have to pay much for it. Later on I even found more copies of the game.

The six riders, finally. If you look with attention, you will see the blue one was broken. I had to glue it 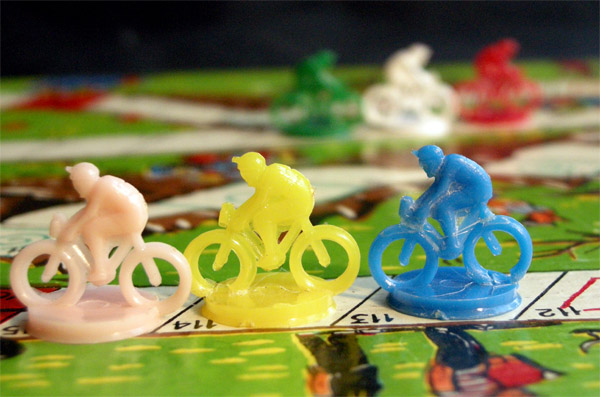 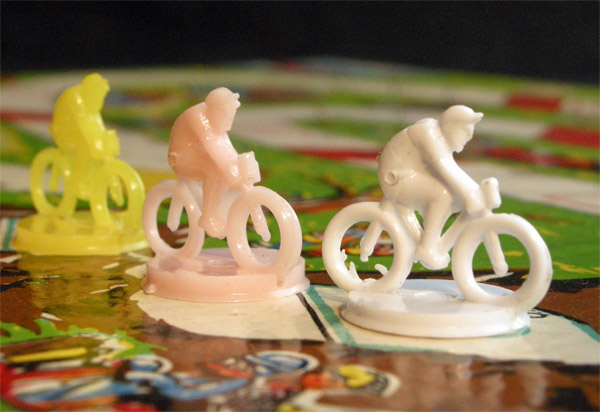 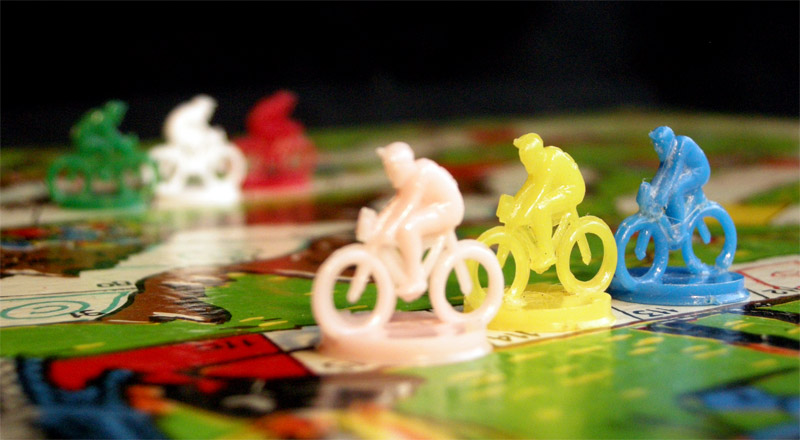 The game's rules are disppointingly simple, as in most games of the 1950s. There are two sets of rules, the second of which adds extra rules. They could probably be labelled "advanced rules", but there is nothing advanced about them. Basically, players roll one die and move their cyclist accordingly. Riders that fall on a square occupied by another rider change their places (they send the other rider to the square where they started their movement). Of course, we find the usual incidents: squares with a red tack are punctures (go back three squares), while yellow squares are serious falls or exhaustion (go back to starting line).

In the basic version of the rules, the first rider to reach squares marked with a "C" (hills) or tenth stage (time trial) get honours ("conqueror of the mountain", "winner of the time trial square). These are useless for the game (and it is not even explained what happens with subsequent hills).

To reach Paris riders have to throw the exact number. If they don't they go back the rest of the throw.

There are also 3, 2 and 1 green jersey points awarded to the first rider to pass each stage city. These points are given to the same players than the "Prize of the Nations", of course.

Prices for the "advanced" set of rules. 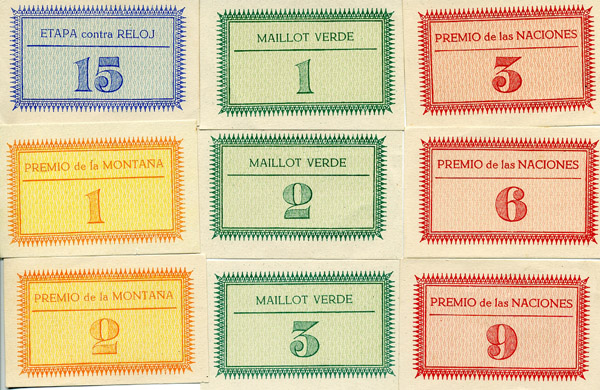 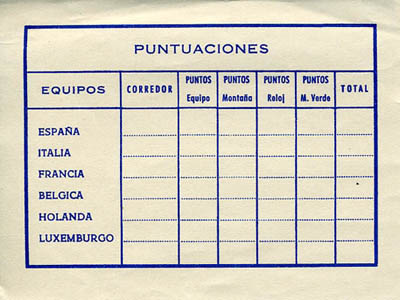 Who is the "individual winner" is not clear. I suppose it is the first rider to reach Paris. 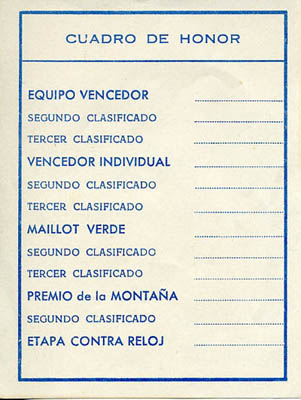 By the way, the rules of the game (but not the winners' tables) are in Spanish, French and English, which is quite unusual in a Spanish game of this age. 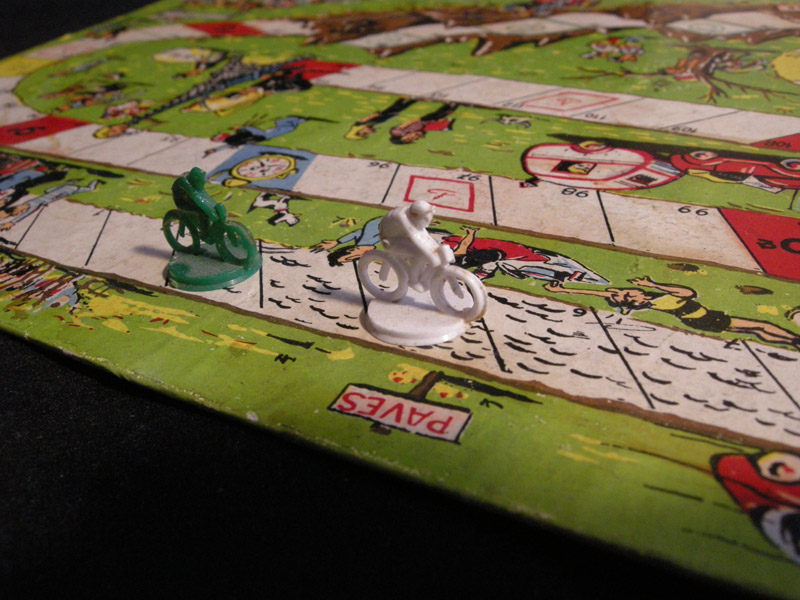 The board is flat, but it has a nice 3D effect. 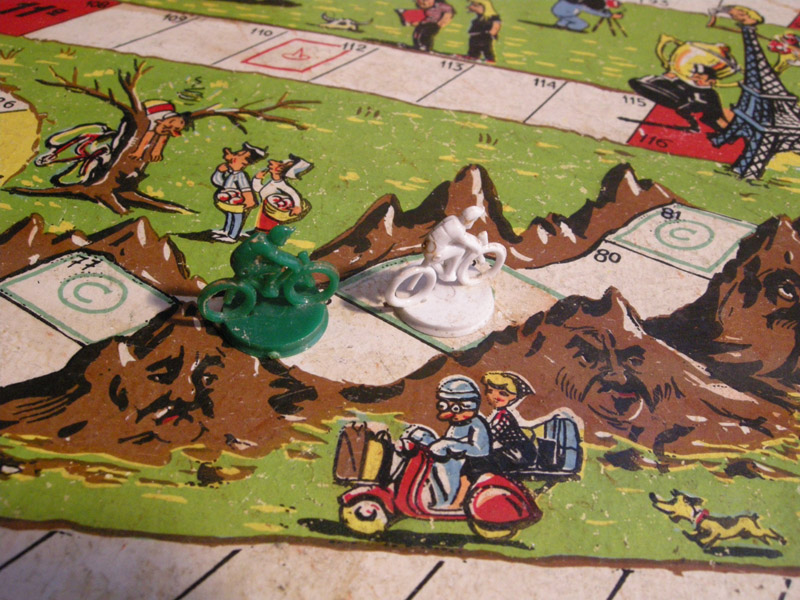 Details of the board: 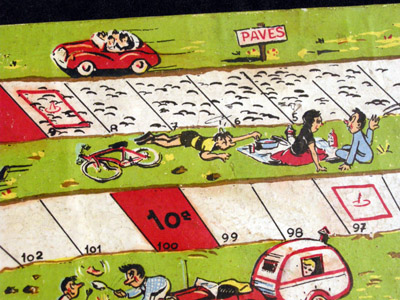 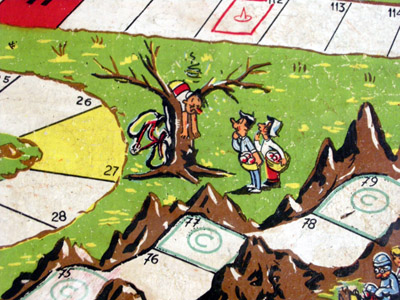 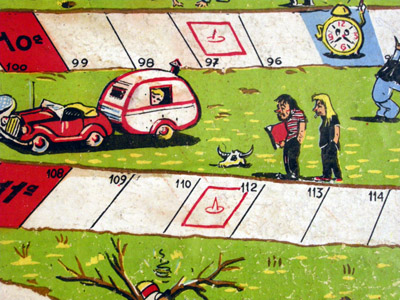 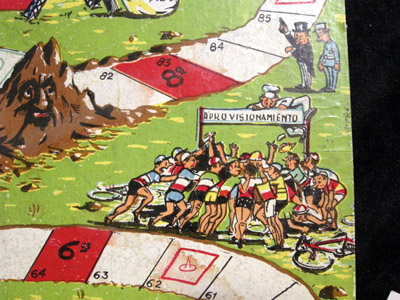 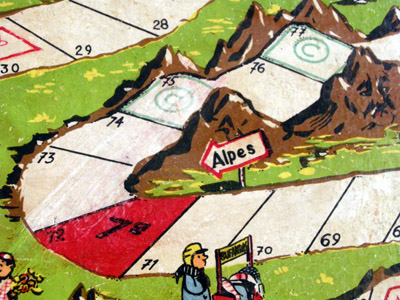 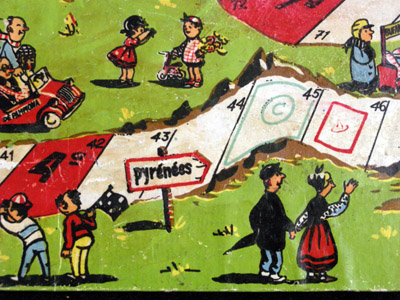 UPDATE: There are two editions of the game, as you can see in the picture below. In one of them the box tray and the booklet are green, in the other they are yellow. Otherwise, the contents (and the box cover) are identical. 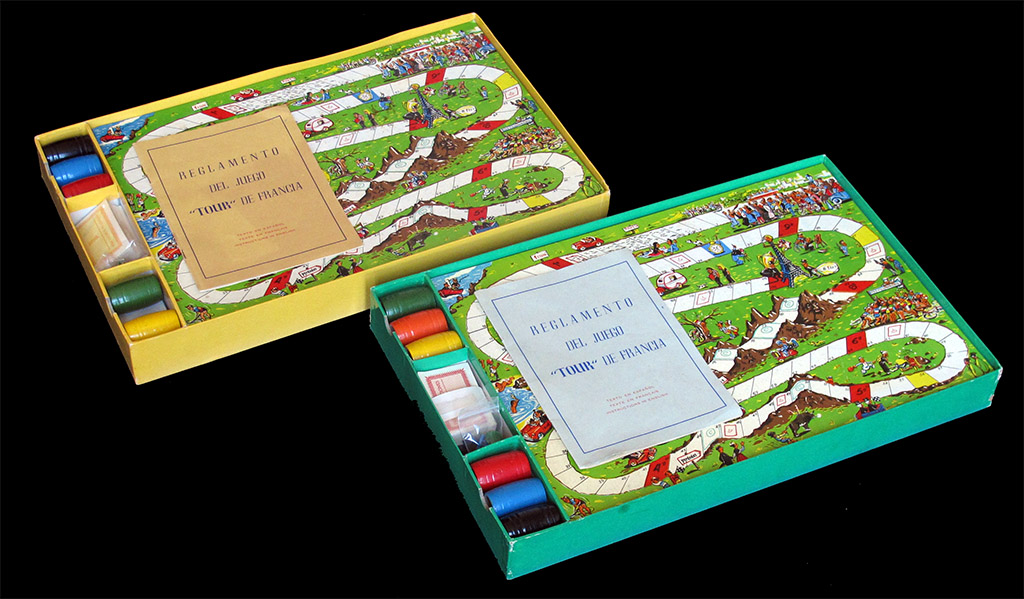 One goblet is missing in the yellow box.