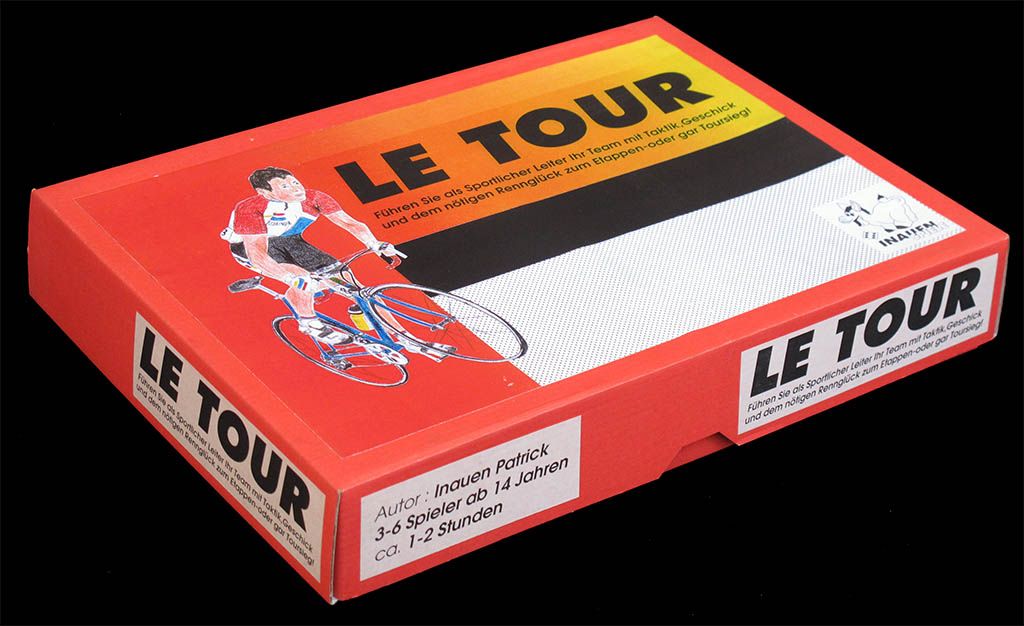 This self-published game is a kind of underground classic. It was first released as "Maillot Jaune" in 1995, and then as "Le Tour"  a couple of years later. It was a limiyted edition on 100 numbered copies (mine is nş 53). It is one of the games that  appeals to hardcore gamers since it does not depend on luck, or noy too much. The game has two dice (a regular D6 and a coloured die), but they are used just to determine the result of the race incidents (event cards). The normal development of the race, the movement of the riders, does not depend on luck.

The game looks like a prototype: The road is represented by cardboardd squares of different colours and the cyclists are plastic counters. Not specially beautiful...

There are six teams composed by six riders each. The riders in the teams have all different abilities, and the teams are also all different, though (hopefully) balanced. Some copies of the game had six bonus teams with names and abilities of real riders of the 1997 season, for the sake of realism, but they might be an unofficial expansion.

Unfortunately, I have not found English rules available, so I have had to translate them myself. SInce my German is far from perfect, and I have not tested the rules with other players, I am not putting them online, but if you really need them you just have to ask. 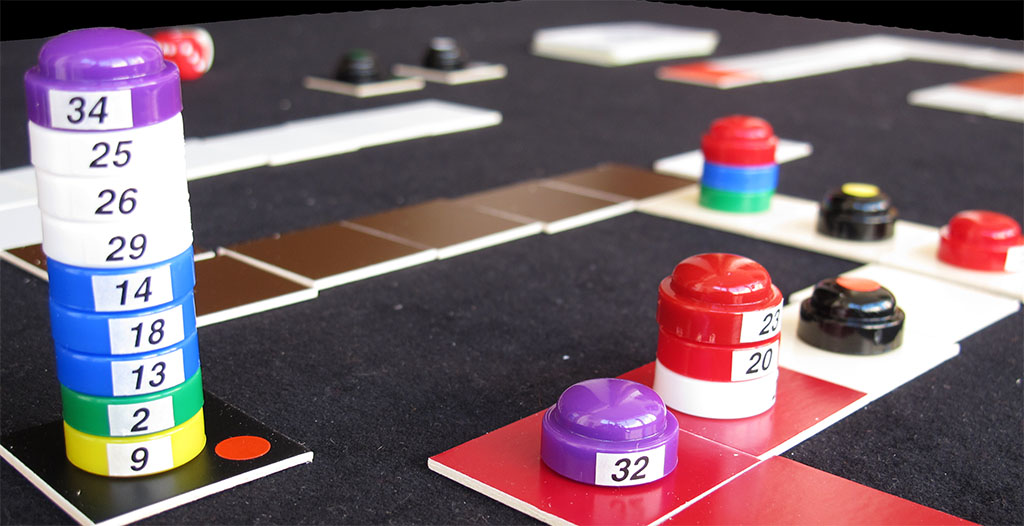 The black counters with coloured dots represent pelotosn of more than six riders, which are kept aside on a black square with the same dot. The counter with the yellow dot represents the main pack, all the remaining riders that are not placed on the board. Smaller packs are represented by up to six counters one on top of each other.

Basically, each counter advances une field dureing each turn. Then each rider may carry out one of the following four actions: acceleration, slowdown, split, or attack (I could not find better translations). Each action needs some energy, which is crossed from the team's sheet. There are two types ofd energy, one which depends on the type of road the ride is on, and another which represents the fitness. 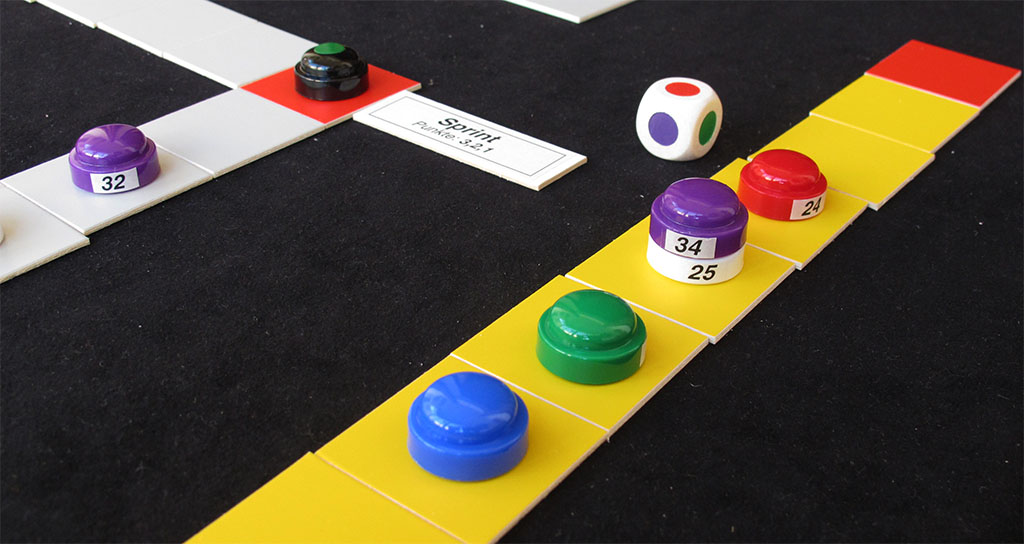 The sprints take place in a different track (seven-squares long yellow track). When a group or peloton reaches a red sprint square, one rider per team takes part in the sprint, which has its own special rules. When the sprint is finished and point are awarded, the race is resumed. Of course, the race ends with a final sprint (or with a breakaway rider winning the race, of course).

There is a time keeping system to play a complete stage race, a rule for the cutoff time limit and special counters for the maillot wearers.

The game looks really worth a try. Anyone? 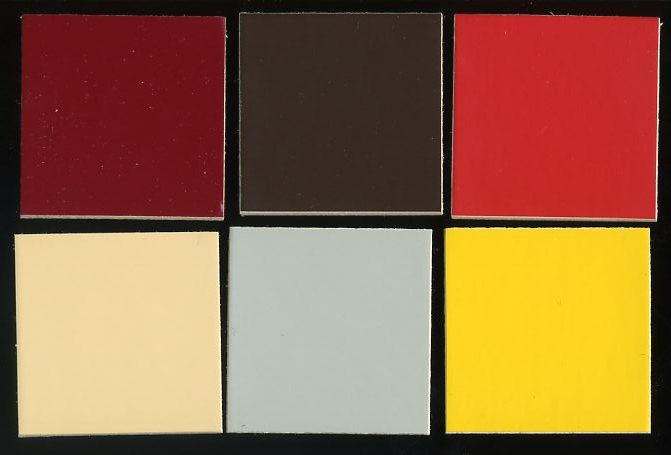 The coloured cardboard squares to build the track.

The event cards are the only language-dependent part of the game. 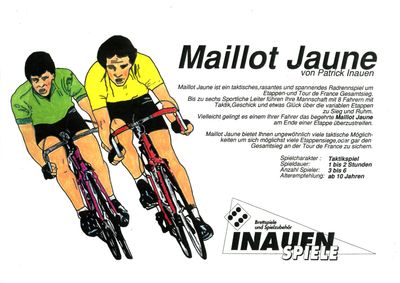