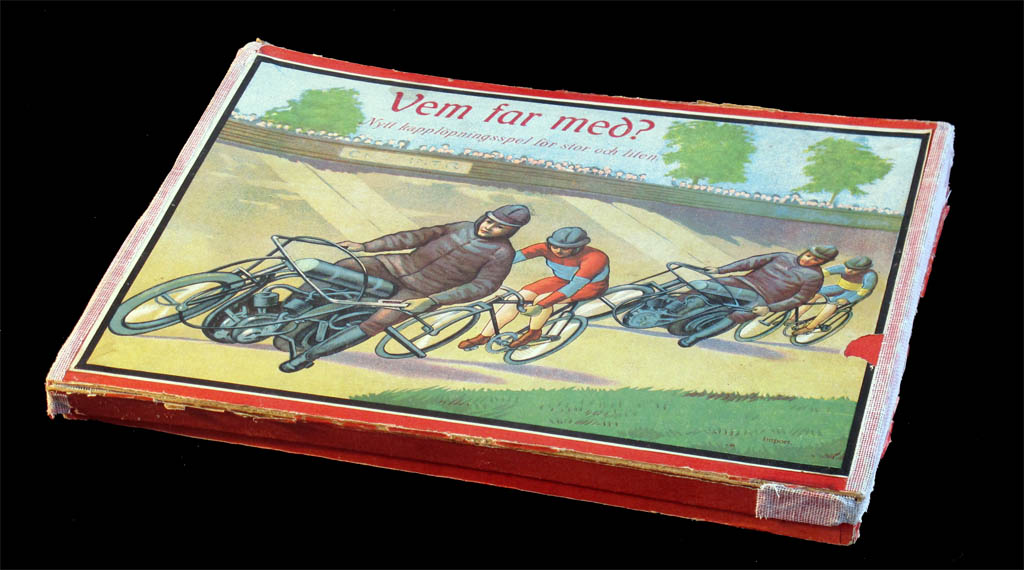 Old unbranded Swedish game. Though it is obviously quite old, and some elements look like those of a turn-of-the-century game, I would say it is not as old as that. I received the game along with a very similar sports game ("Nytt sport-spel", see below), which has the same kind of box and boards, very similar game tokens (in fact the cyclist token is exactly the same as the red cyclist in "Vem far med?") and exactly the same game money. I have thus all the element to believe that both games are contemporary. 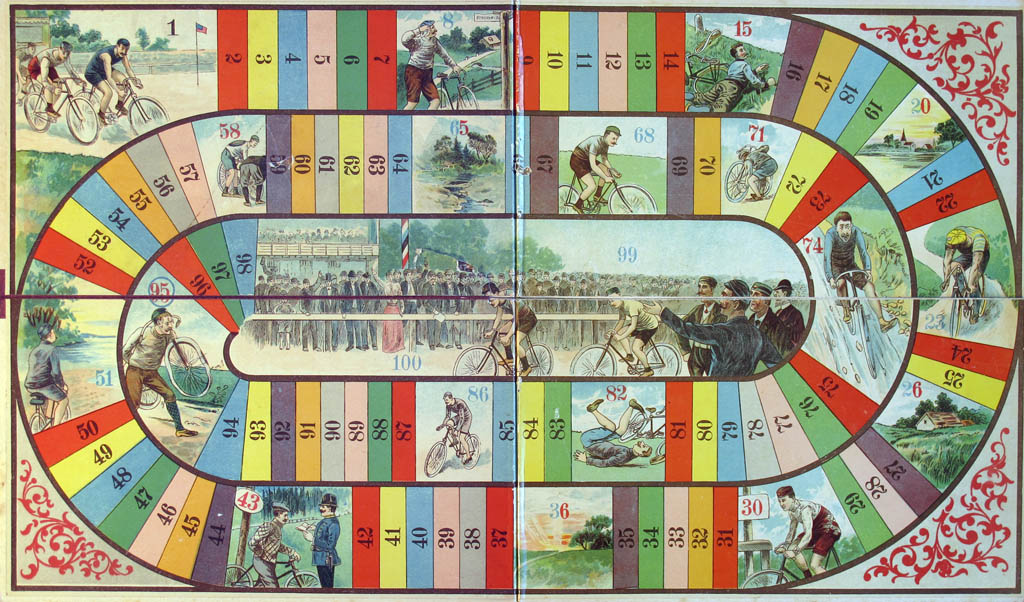 The game is a betting game of goose. Players get 10  "game marks" at the beginning of the game. Whenever they fall on squares with blue numbers (excepting squares 99 and 100) they double the value of the throw. On squares with red and blue numbers, players get two extra marks from the pot. When players fall on red-numbered squares they pay two marks to the pot and go back to the square where the turn began.

Furthermore, a player falling on square 43 must pay a fine of one mark to each player and miss two turns, and a player who falls on square 95, breaks his bike ansd must leave the game. You need an exact throw to end the game (or else you go back the excess numbers thrown).

The winner of the game takes the pot, but gives 10 marks to the second player.

Question: what's the use of playing with game money? 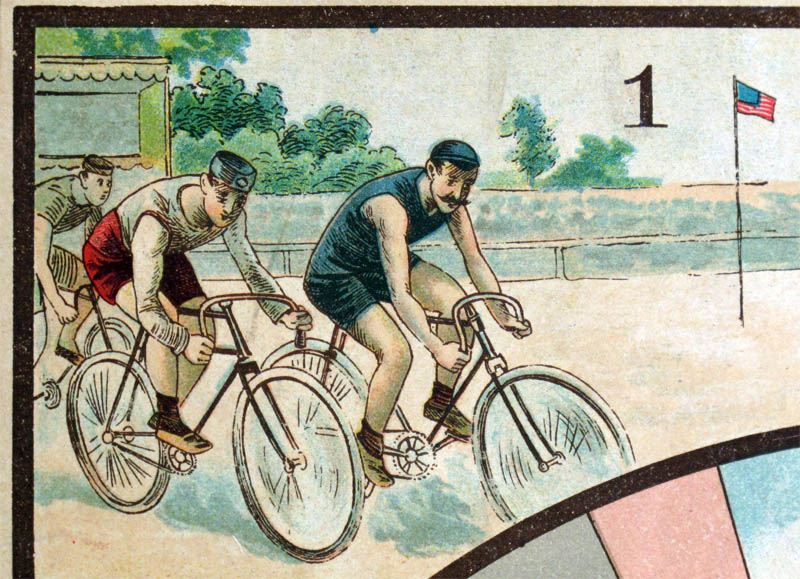 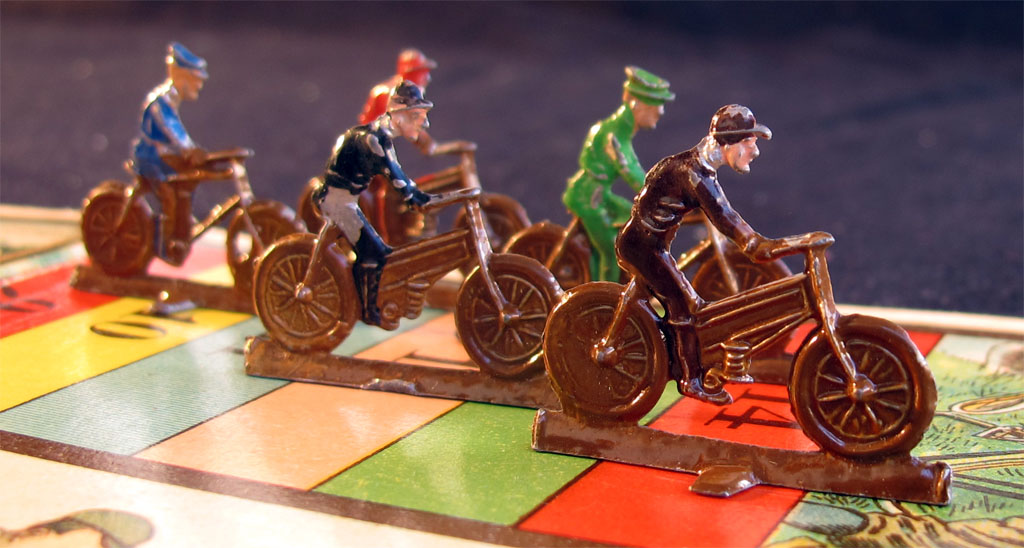 The tin riders could be turn-of-the-century (though the bicycles look a little like motorbicycles, don't they?) 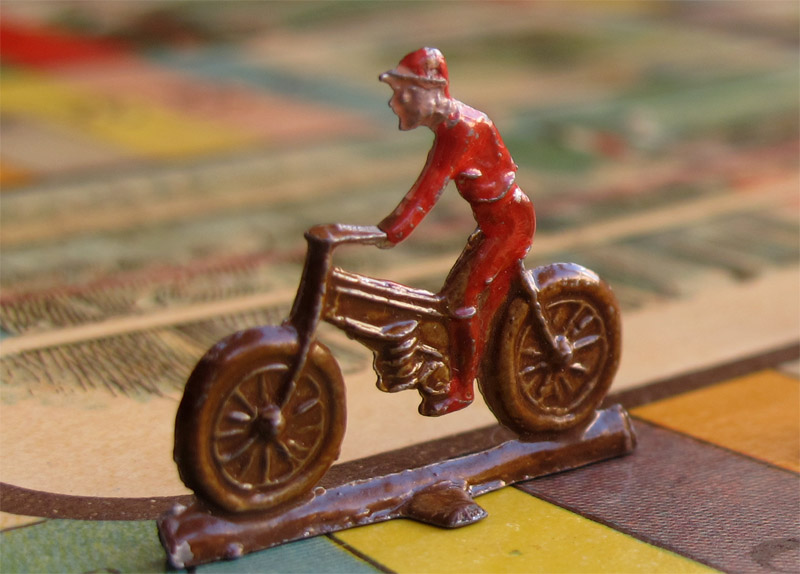 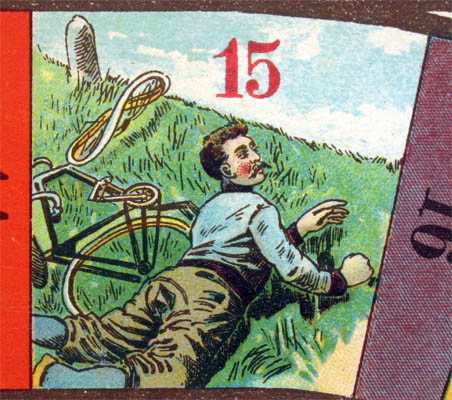 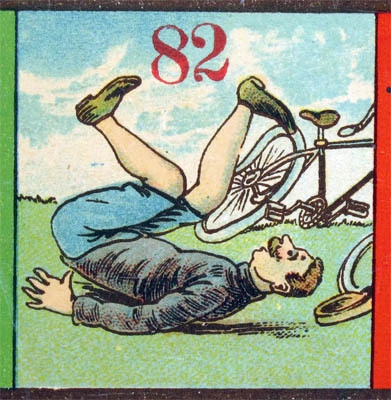 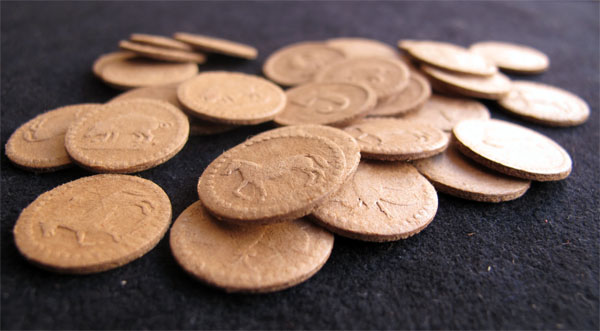 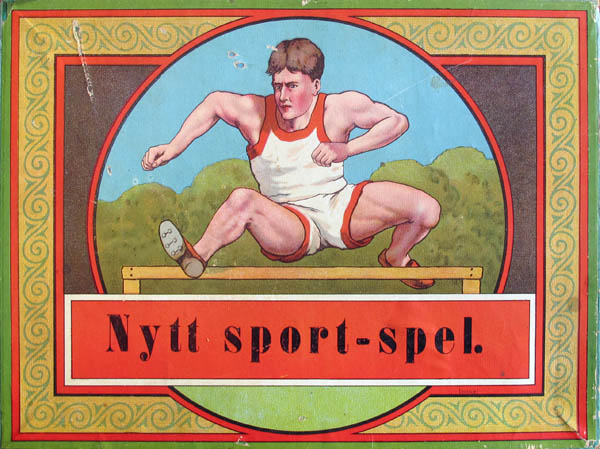 Here is the Nytt sport-spel I mentioned above. As I said, it has the same kind of box and boards, very similar game tokens and exactly the same game marks. I have thus all the element to believe that both games are contemporary. However, some elements pictured on the board (specially the car and the plane) are not as old as expected. 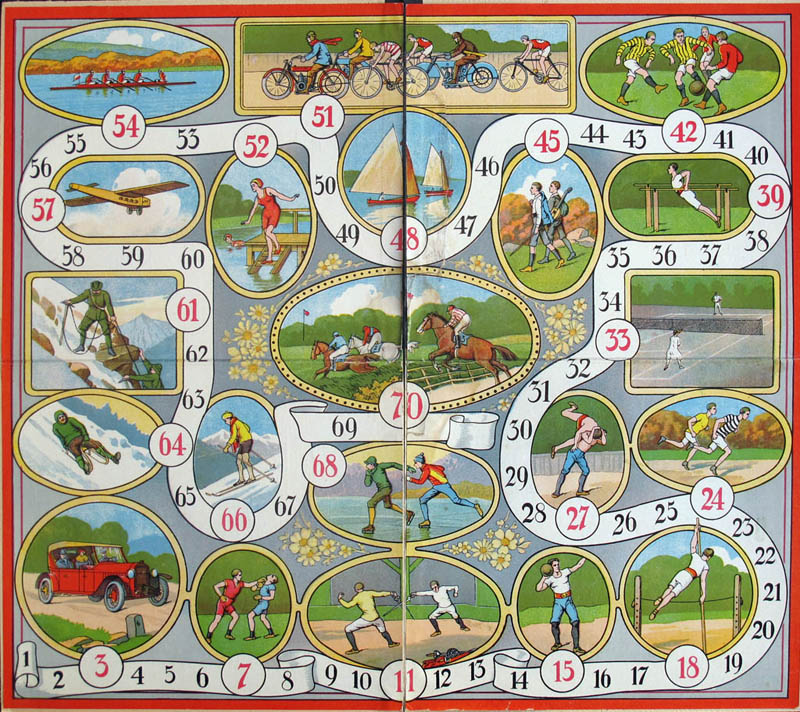 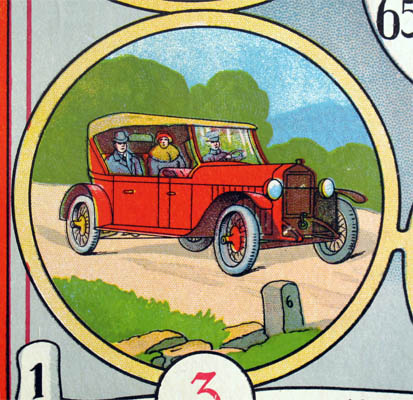 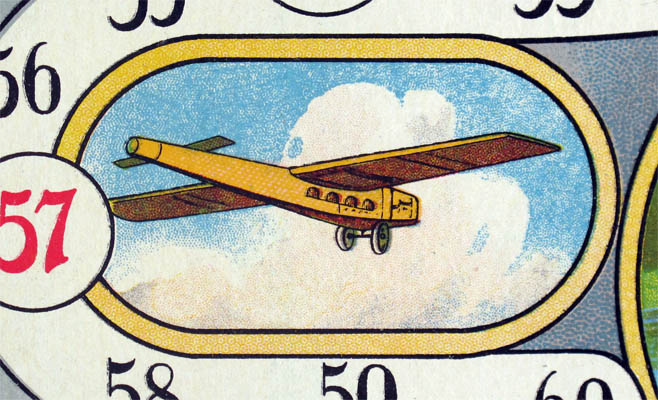 Of course, any further information about these or similar games will be welcome.
Thanks to Thomas Engel for the tip that led me to them.