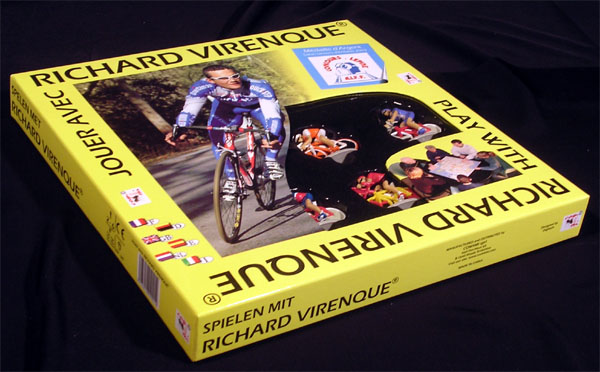 Another French game, and another simple one. The best thing about this one are the big colourful modern-looking riders. At least they make a difference with the rest of the recent games.

The rules and all other elements of the game are in six languages but I would object that (a) there quite a lot of grammar mistakes -at least in the Spanish part-, and (b) only a French kid would like to be Richard Virenque. Not only the other countries have their own heroes, but I am afraid that Richard Virenque is not exactly a role-model outside France. 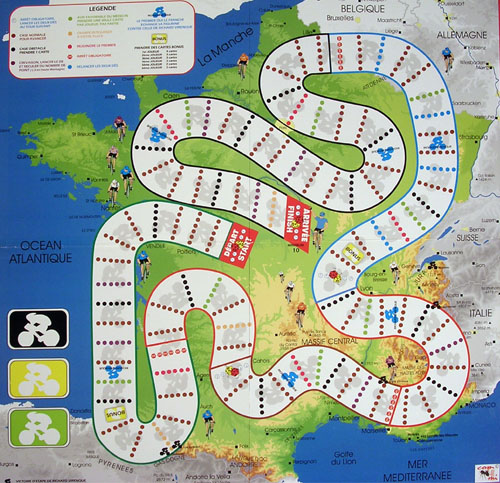 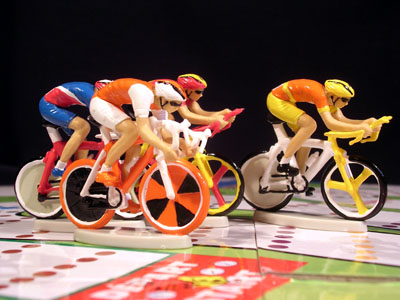 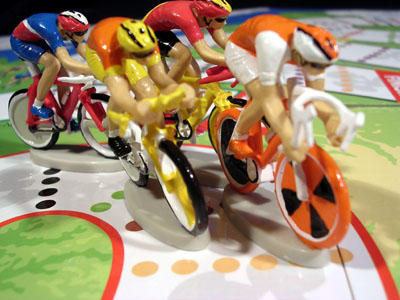 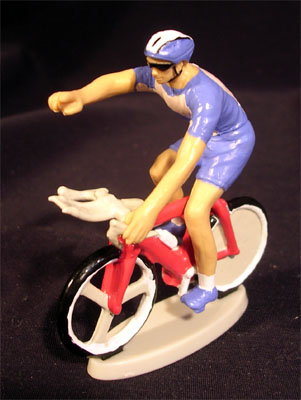 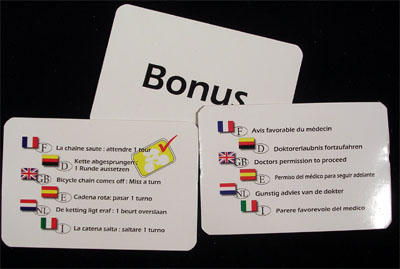