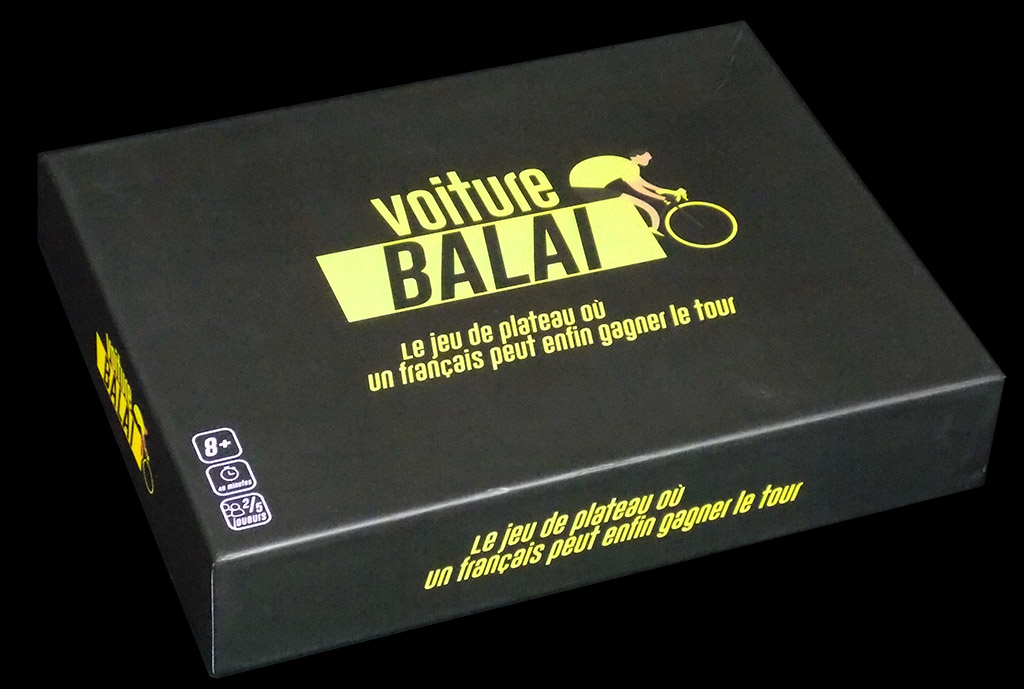 As I have written somewhere before, I keep a list of cycling-related expressions that have not yet been used as the name for a cycling game. With the release of Voiture Balai, I have crossed another (great) name off the list. (And, no, I do not share that list; make your own).

This game has been released through French crowdfunding site Ulule (thanks Didier for the tip) and represents a one-day race. It is an ambitious game in which the movement of the cyclists is governed by energy management rules, and in which the die is only used when a player takes risks. There is also a drafting rule and a peloton counter, which contains all the riders at the beginning of the race and from which riders split or are dropped, so that you do not have to move all the riders all the time. These are some of the things I asked for when I wrote the New Directions text more than 10 years ago, and they are still the things I want to find in a cycling game. 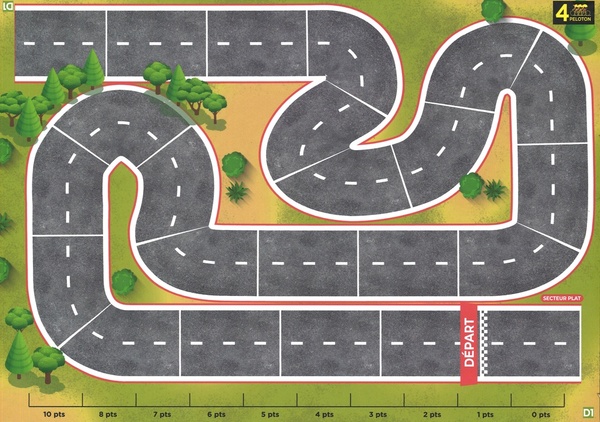 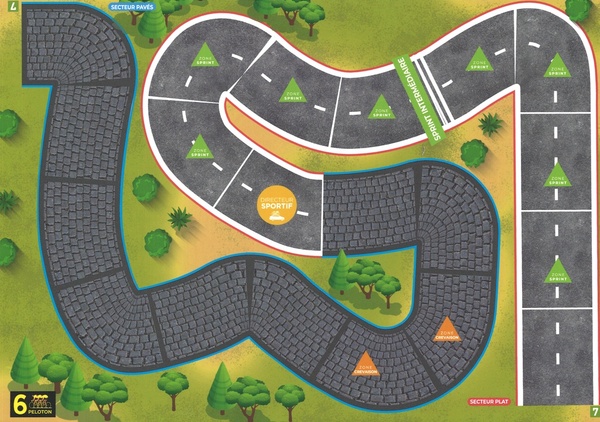 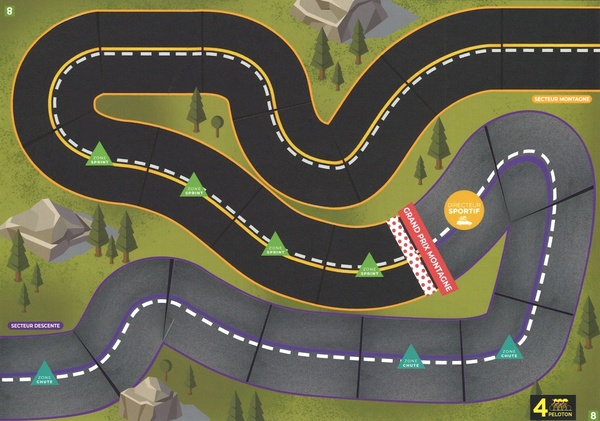 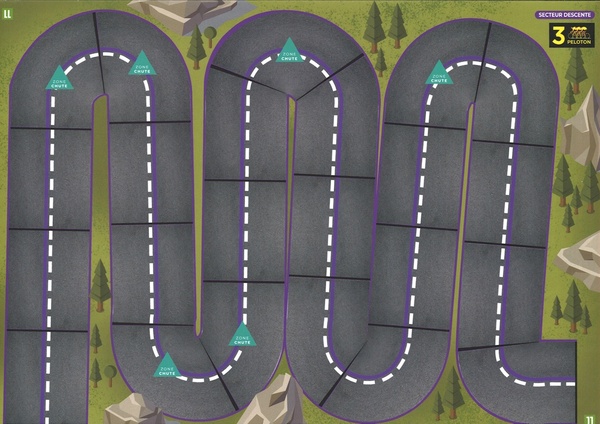 Furthermore, the presentation of the game is quite good. We have 10 reversible A4-sized road boards and 10 predefined races which use from 5 to 10 of these boards (the longest being the Milano-San Remo, naturally) but you can combine the boards in any way you want to make your own races.

The box measures 32 x 24 x 6.5 cm and both the box and the boards are made of sturdy, good-quality cardboard (which may make the game a little heavy, but I prefer to have a sturdyy heavy game to a light, fragile one) 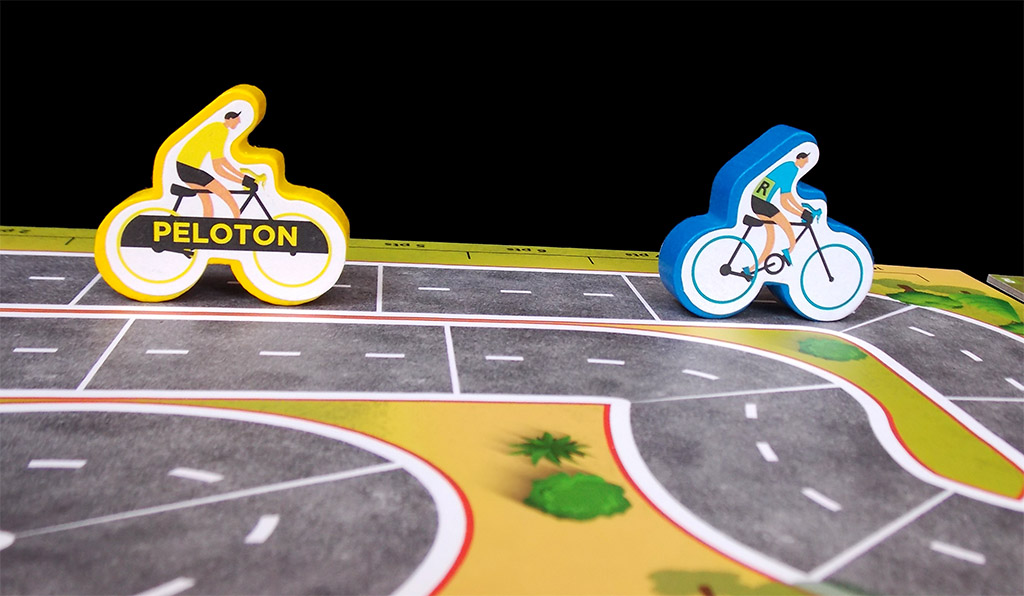 The riders are wooden pieces (40 mm long) over which you have to place the provided stickers. I do not know how they will look in some years, but they look good now.

With everything I just said, I should love this game, shouldn't I? However, I am not sure whether I would like to play it. There is something in the rules which makes me suspicious about this one. It is an intuition, a feeling hard to explain, but let me try it: In this game, as is often the case with self-released games, the wording of the rules is uninviting, to say the least. I concede that one can be a great game designer without being a great writer, but when I find hard-to-read rules, I always think about undertested games, with everything that this means at the playability level.

I am not saying this is the case here: I have not played the game to check it and I don't know if I will be able to sometime soon. I would love to hear your opinion, though, if you have. 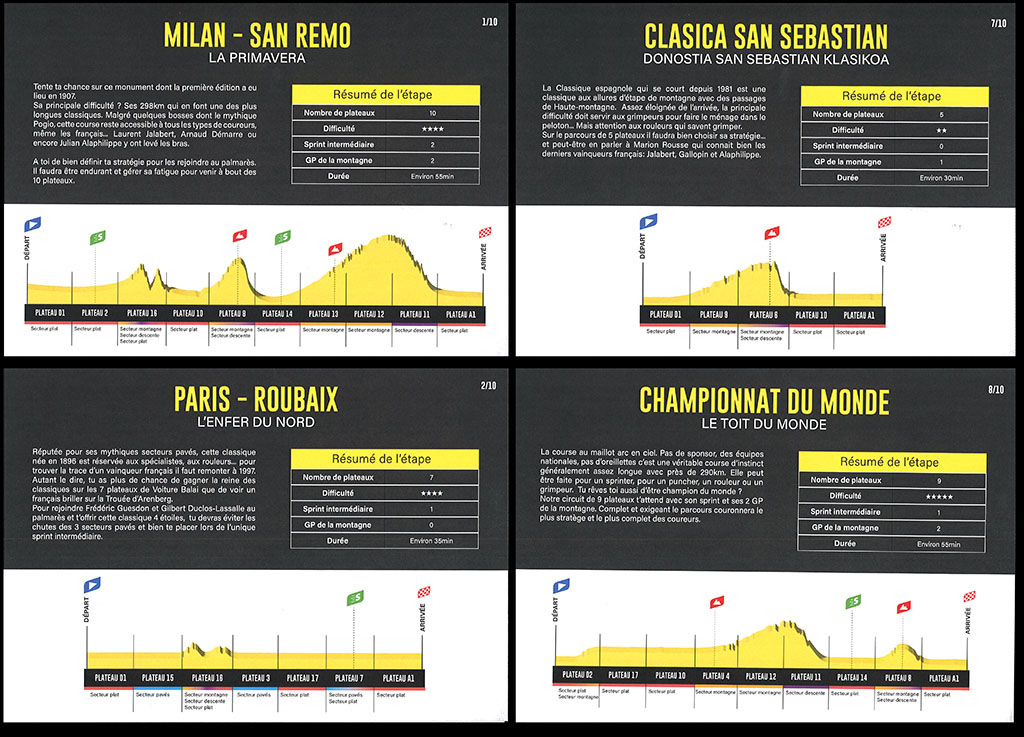 Some of the predefined race courses 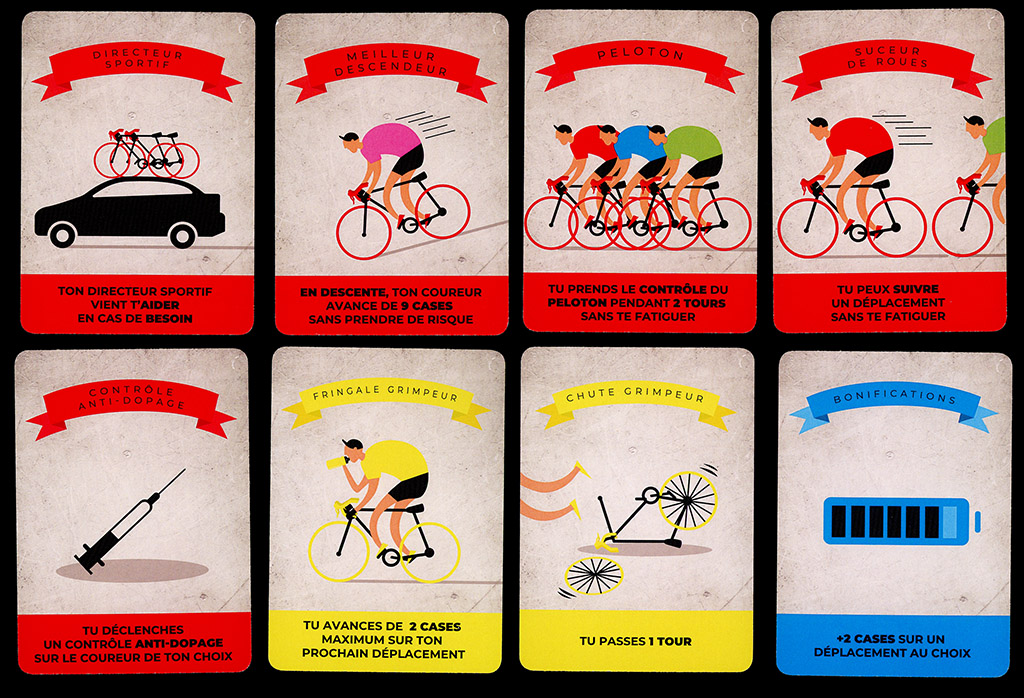 There is no "author" name attached to the game, except for the graphic design mention "llustrations et graphisme: Kamel Chelbab, Agence Les Autres - Groupe Midicom". I must say I love these cards (the "dirty look" being part of the design). 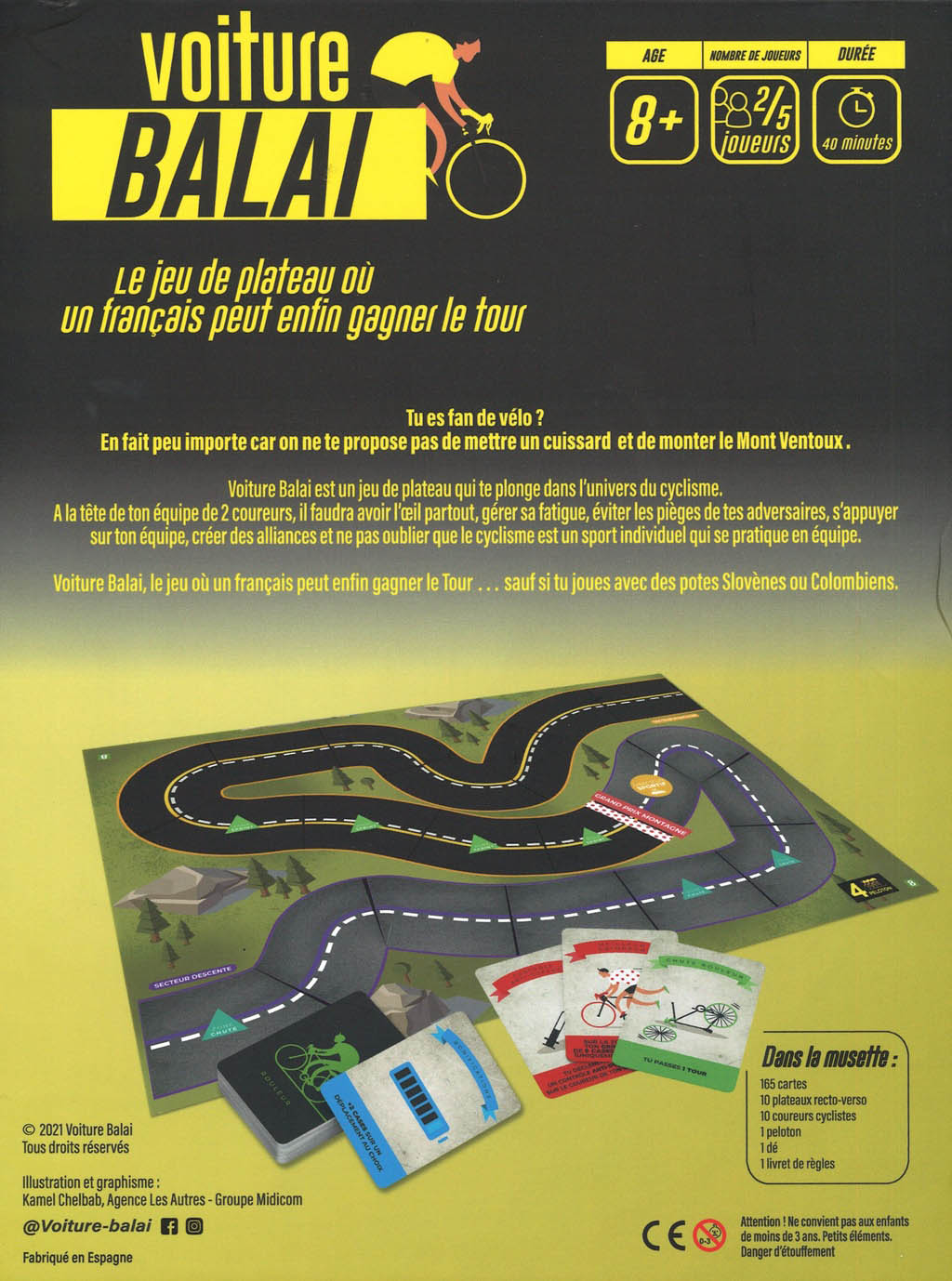