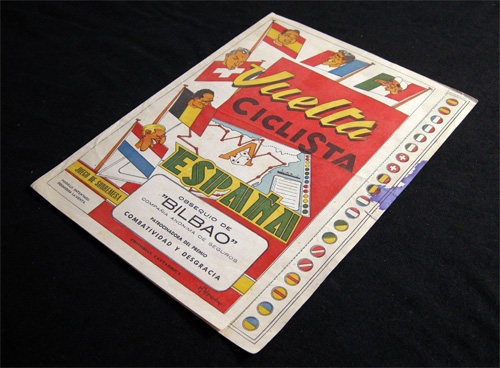 Promotional game issued in 1956 by an insurance company, Bilbao Seguros. It is signed "M. Horna" and was printed by Editorial Cantßbrica.

The board measures 46 x 33 cm, including the uncut playing tokens on the right. Notice that there are 20 (!) such tokens, in 10 different colour settings. Was te game meant to be played by up to 10 players running two cyclists each? 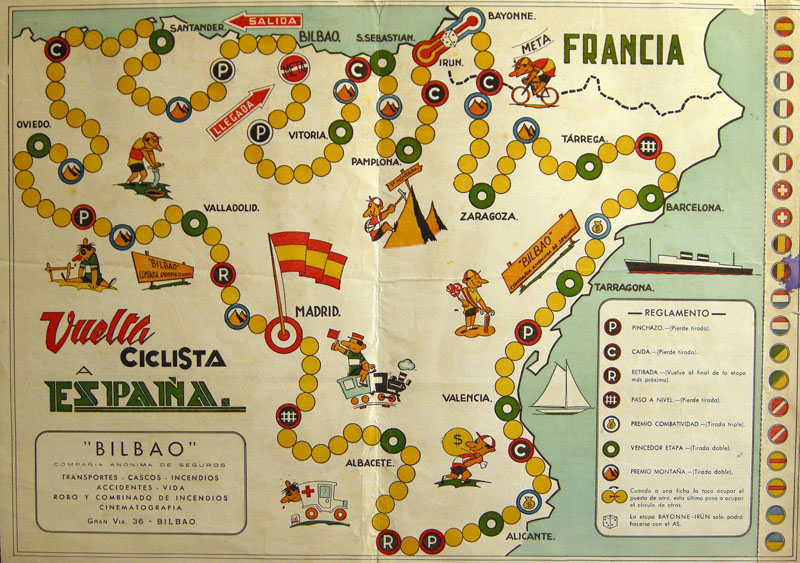 The rules do not mention the number of players. We find the usual set of rules: some missing-turn's, play-again's, even a play-again-twice (tirada triple), and a go-back-to-the-nearest-stage-end. Nevertheless, as in most game-of-goosey sets of rules, counters swap places wherever they land on each other. I wonder if that rule is playable with 20 cyclists on the road. 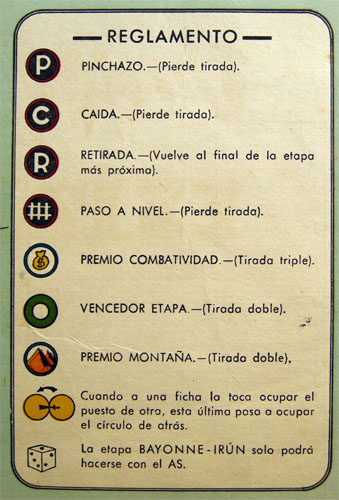 I do not think dice were originally included with the game , and there is no mention of the number of dice to be used. I would guess it was just one die for two reasons: (a) The Bayonne-Ir·n rule does not mention any other dice (and of course you do not throw a one with several dice), and (b) in Spain, the game of goose is played with only one die (as do most racing games). It would be quite unsual to find two dice in a Spanish 50s game . 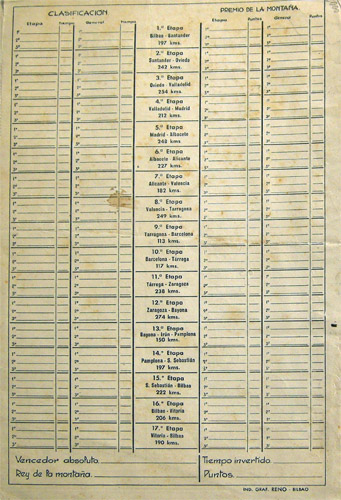 This one is quite easy to date. In the back of the game is this table to fill during the real Vuelta. It's stages are the ones of the 1956 edition. 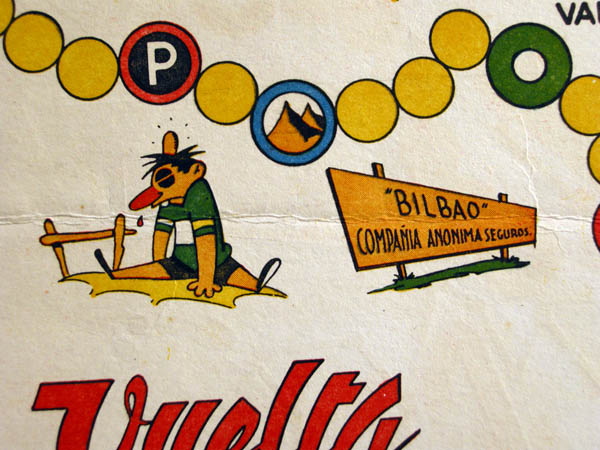 As I mentioned above, the game was issued by an insurance company  ;-)