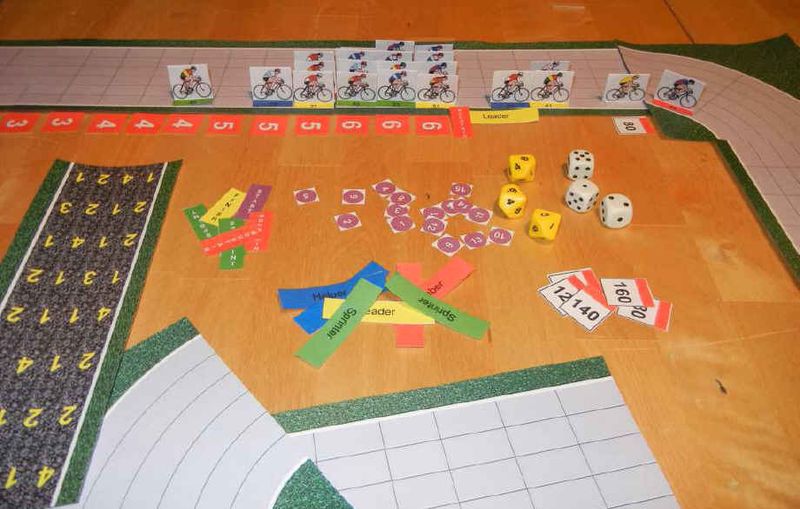 Ludo Nauws, of course, is the webmaster of the world's second best cycling board game site. He is also the designer of Helden In Het Veld. Since 2009 he has been developing his own cycling simulation, which he first made public in a Dutch-only version. In 2012 he has revised the rules, translated them to English and packaged them in a pdf file together with cut-up riders, tracks and tokens. The English translation is not a professional one and may sound funny sometimes (look who's talking...) but it is perfectably understandable, which is all that is needed. Of course, you can download the Dutch version from his site.

As the rules state in the introduction, this is "a simulation game [..] where the player is playing the role of commentator or spectator. He doesn’t guide a team or cyclists, but enjoys the course of the race. It’s meant to play a solo campaign in case you don’t have other players in the neighborhood. In case there are other players around, it’s obvious to go for playing Homas Tour Pro or Leader1 or so."

In this simulation is recommended not to exceed 40 riders, which is quite a big number. The game has rules for almost every aspect of cycling that can be represented in a game: uphill riding, cobblestones, aspiration,  attacking, sprints, even a rule for weather conditions. The game is meant to simulate either a one day-race or a stage of a Tour, and accurate rules for time-keeping are also provided. We also find a rule for a short prologue stage, but not for longer time trials (maybe in the next version of the game?).

Ludo excuses himself by saying that "like in many other games you will find in the rules things that also exist sometimes in other games, but since I have collected more than 150 games it is almost inevitable". While this is true, WielerSIM game is much more than a compilation of rules from other games. Some rules are original, and quite interesting. My favourite is the aspiration rule mechanic of "maintaining the width of the peloton" which I do not remember seeing before in other games, and which is very realistic.

Since the game is available for free download (just scroll down and click on the link at the bottom of the page), there is not much more to add that you cannot check for yourself, except that I am using provisionally some pictures taken by Ludo himself, but I promise to take my own soon. 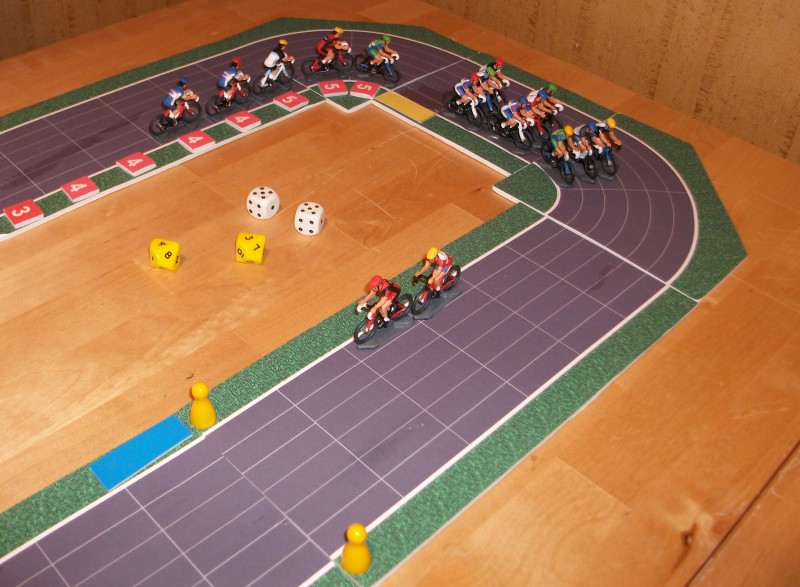 Of course you don't need to use the provided riders to play the game: here is a bigger version. (Photo by Ludo Nauws)