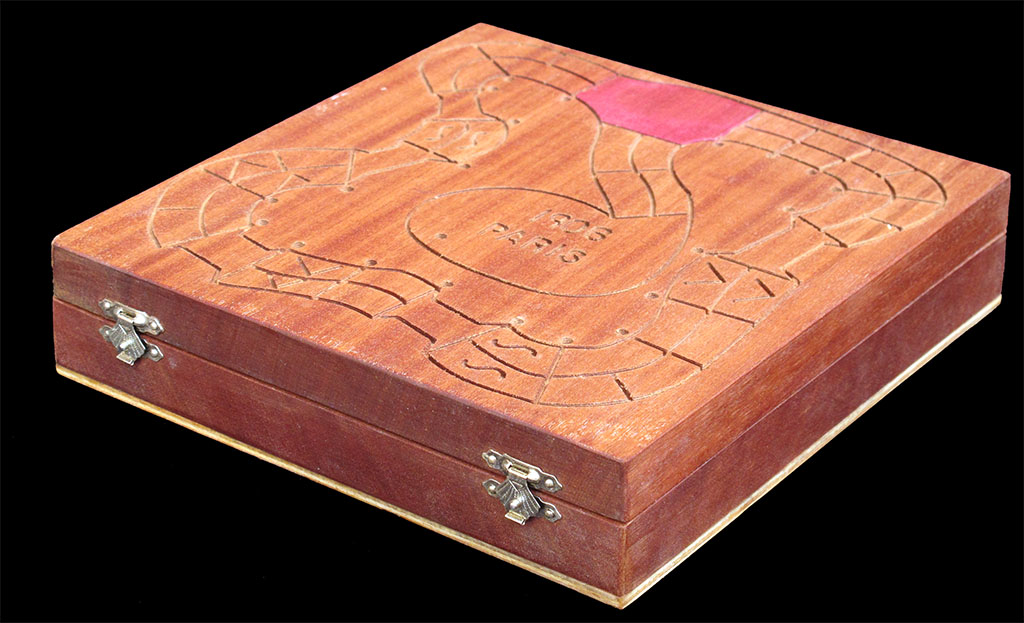 This is a true rarity. Not only it is a hand-made game (which, of course, will never be produced by the thousands) but, even rarer, this is the pre-release edition (12 handmade wooden copies, all of them different). My edition is that of the 1906 Tour de France (won by René Pottier, a tragic figure, which is why I chose that year).

However, the game maker, Gavin Birnbaum, is preparing a different version of the game (tiles instead of the wooden box with the board on the lid) which should be available  soon. 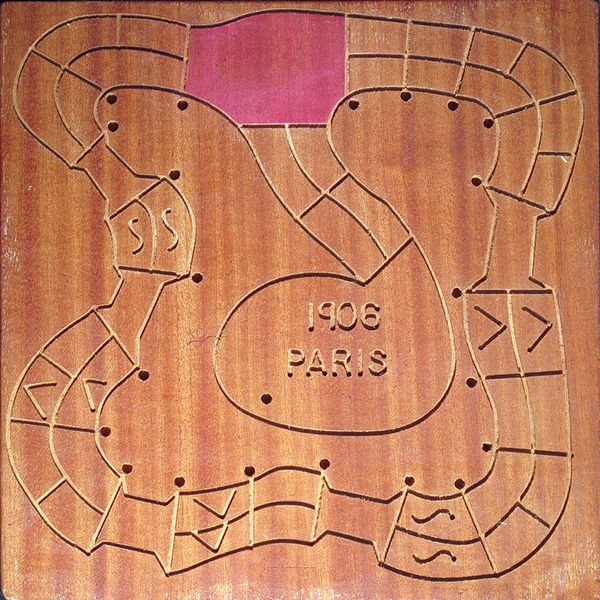 According to the game maker (I quite literally, since his English is much better than mine):

Yellow Jersey is a "Tour de France" type of cycling race for 2-4 players. Starting in Paris, you move your team of three cyclists around France through a series of race stages by choosing (a variable number of) movement tokens from your stack, with the token being numbered 1-6. Each round the player holding the Yellow Jersey moves first. You will need to plan how to move your bikes so that you retain maximum movement and take advantage of opportunities to slipstream. Crashes, uphill slopes, and the outside lane will slow you down, whereas downhill slopes and the inside lane may work in your favor. The race can be conducted either way around the circuit and the first player to get one cyclist back to Paris wins. (The game includes a team winning variant.)

Well, yes and no. To me the game is a one-day race game, not a Tour de France" (or any other stage race) game. The fact that a map of France is hinted on the board does not make it a stage race game.

This said, the rules are quite interesting. Technically, the game is a no-chance race game. Players do not move by dice throws or card draws, but they have six tokens numbered 1-6 from which they chose their movement. These tokens cannot be recycled to be played again until all the other tokens have been played.

Of course there is chance involved in the game, since players hav to chose the before seeing what others players chose and eventually move, and this may affect the situation of the game when it is your turn to play. You might even crash iof you find a blocked road.

Like in some other team racing games, the winner of the game is the one to get his first rider around the track (though the usual variants proposed in the rules as alternatives), but you will not be able to unless your trailing riders are near enough from the leader.

In this case, the pegs inserted in the board form the so-called "stages" (though they are not stages, IMHO). It is in a team's best interest to have its riders grouped in the same "stage", since in every turn a team drws as many tokens as the largest number of bikes you have within one stage of the race.

Furthermore, if you allow a large gap to develop between your leading and second rider, your leading rider will slow down.

This game also features some other ususal cycling rules, as uphill (squares marked with the symbol ">") or slipstreaming. All in all it is an interesting quick race game which will appeal to all the chance-haters (or dice-haters) in the cycling gaming world. 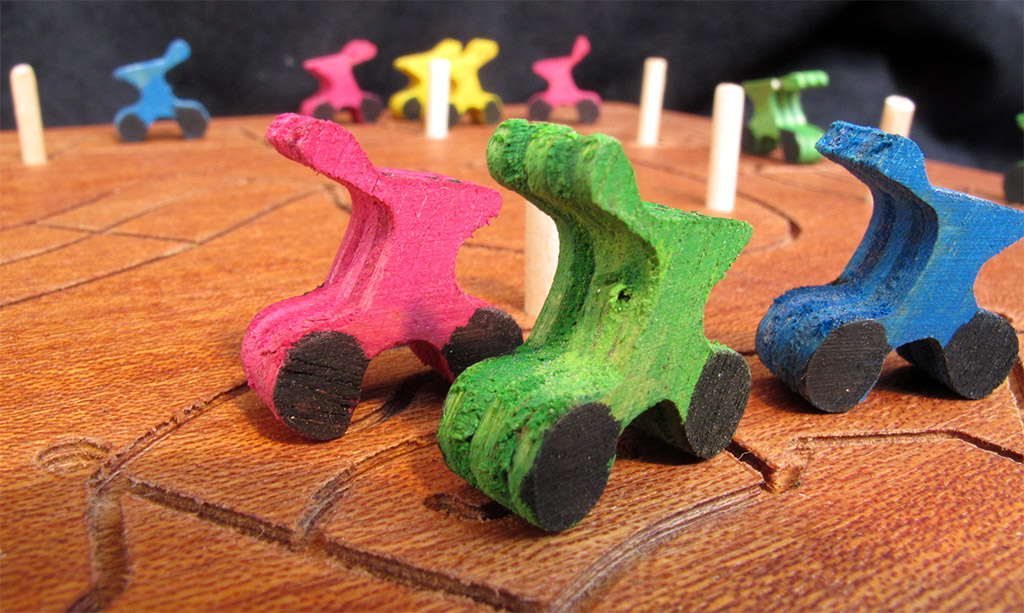 Gavin admits that he loves carving wood. He's quite good a t it! You may see some imperfections in these close-up pictures, but keep in mind that the riders are quite small (the box measures 25 cms, and the riders less than 2 cms). 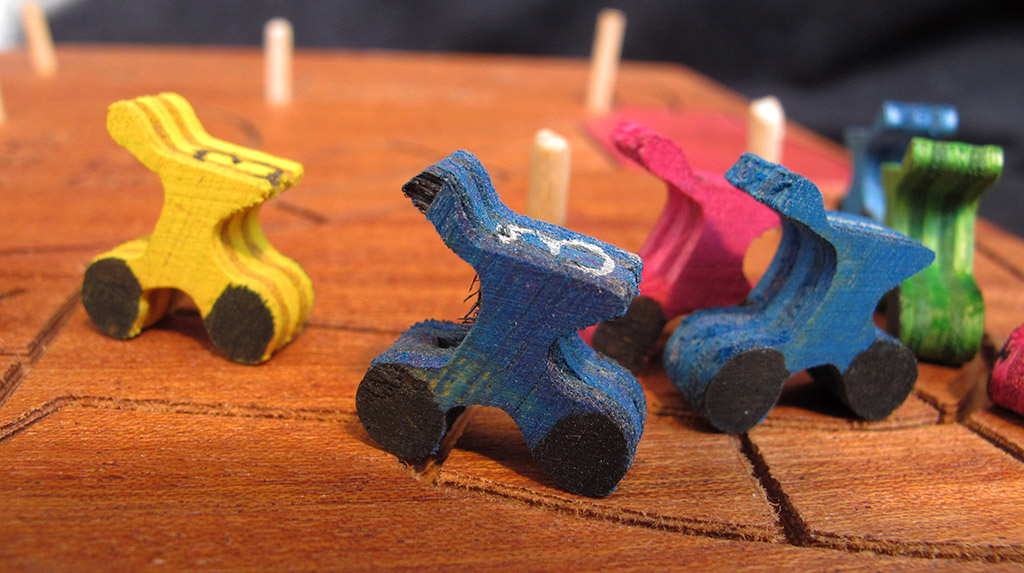 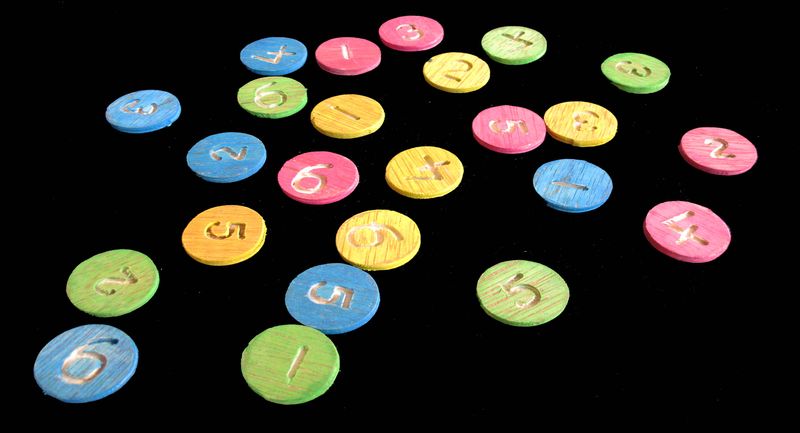 Hand-made counters and support board 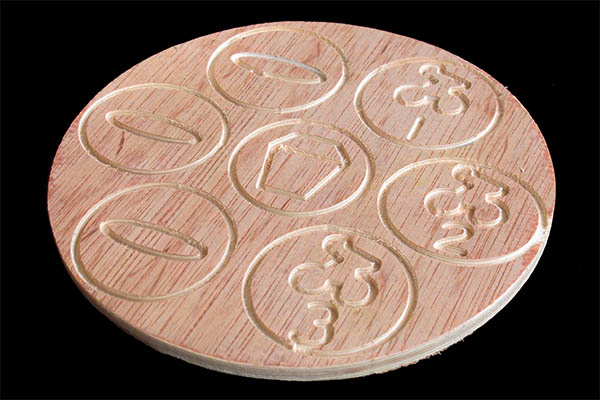