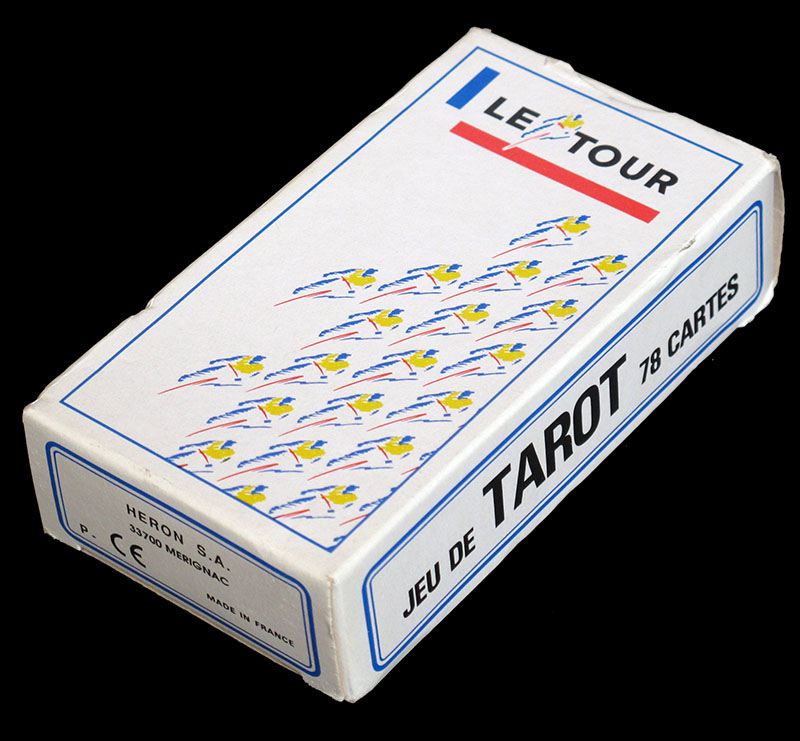 This is another card deck with a very slight relation with the contents of this site. I have kept in a drawer for years before I have decided to include it in the site (along with more modern decks like this one or this one).

Some may be surprised to find a game labelled "tarot", but you have to remind that tarot, also known as "tarock" or "tarocco", is a card game (more precisely: a family of card games) of Italian origin which is still quite popular in some countries including France. The first tarot decks appeared in Italy in the fifteenth century, while their association with the occult dates from some three hundred years later and was not full-fledged until the "anti-enlightenment" (that is, the nineteenth) century 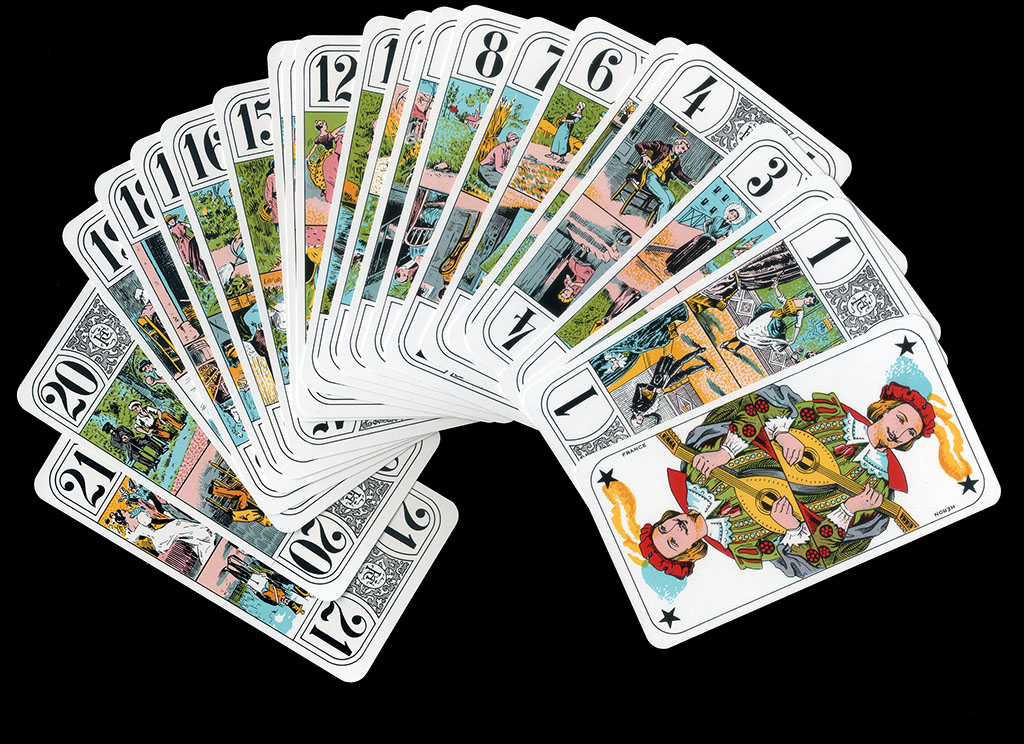 Tarot decks are easy to find in France and, unless you buy them in esoteric shops, the 22 trumps depict scenes of traditional social activities. 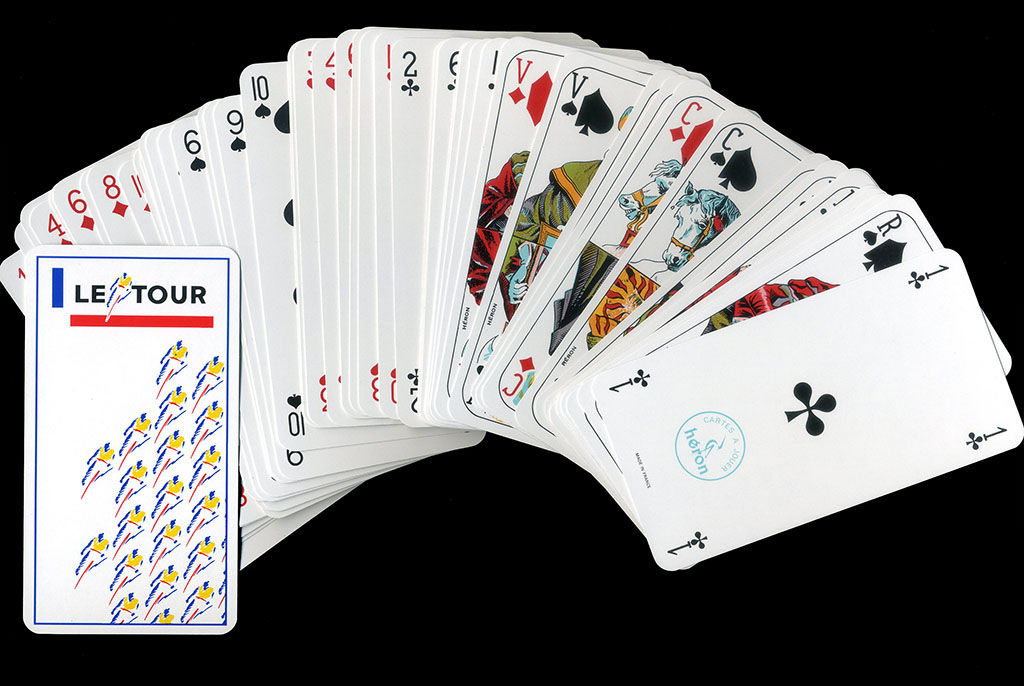 The rest of the deck is composed of the four usual French suits, 14 cards per suit, which makes a total of 78 cards, including the 22 trumps. 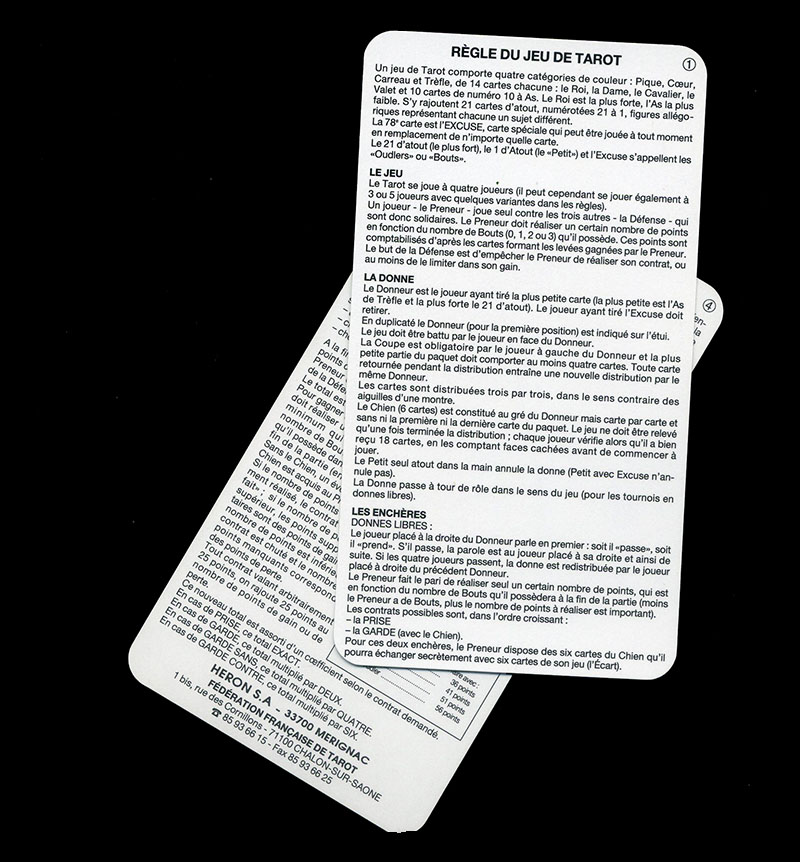 The rules of the game are often included in tarot decks, as is the case here.

There isn't a date stamped on the deck, so my datation cannot be precise. However, the "Le Tour" logo with a yellow jersey rider on a Tricolore bike was used from 1990 to 1996. (On the other hand, the CE marking exists in its present form since 1985, and therefore does not offer any further precision on the datation).

Furthermore, this game was released by Heron, from Merignac. Heron was absorbed by the Groupe France Cartes in 1994 and the Merignac press was closed in 1999. So I think it is quite safe to infer that this game was produced sometime during the early nineties.