Playmobil is a German line of toys produced since 1974. The signature Playmobil toy is a 7.5 cm tall (1:24 scale) human figure with a smiling face. A wide range of accessories, buildings and vehicles, as well as many sorts of animals, are also part of the Playmobil line. In 1998 they released (at least, in Spain, but I guess they released them in other countries too) a series of boxes that represented a cycling race. 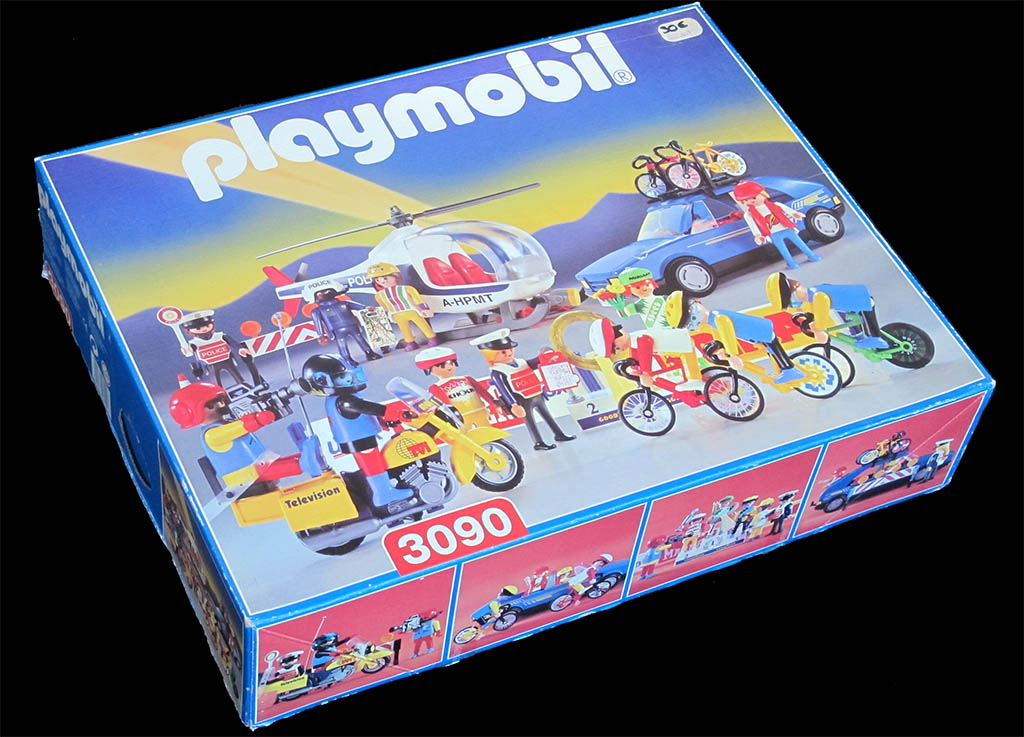 Box 3090, depicted here, did not have that many riders (just 3) but had many external elements of the race, including a police helicopter. Maybe I should have bought the box 9974, which included more riders, and maybe I could have used some spare riders which came is smaller boxes. 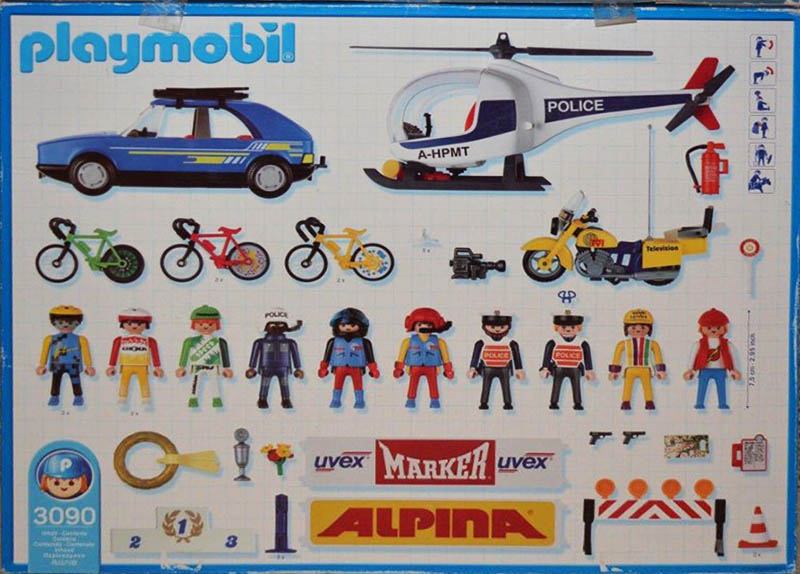 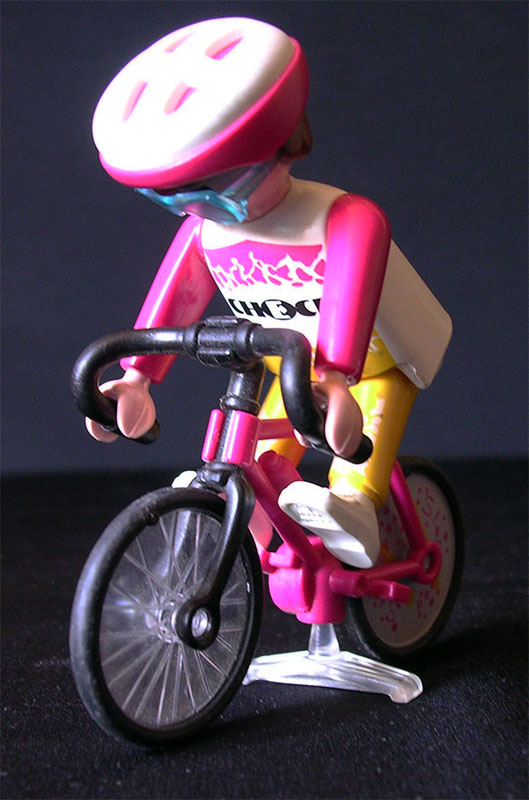 One of the riders included in the box.

Playmobil released cyclist in team Telekom's colours, though I guess only for the german market.

Lego is a line of plastic construction toys based in Billund, Denmark, and as of 2021, was the largest toy company in the world. In 2000 they released a series of boxes (here are the two bigger) dedicated to the (German) Telekom cycling team. 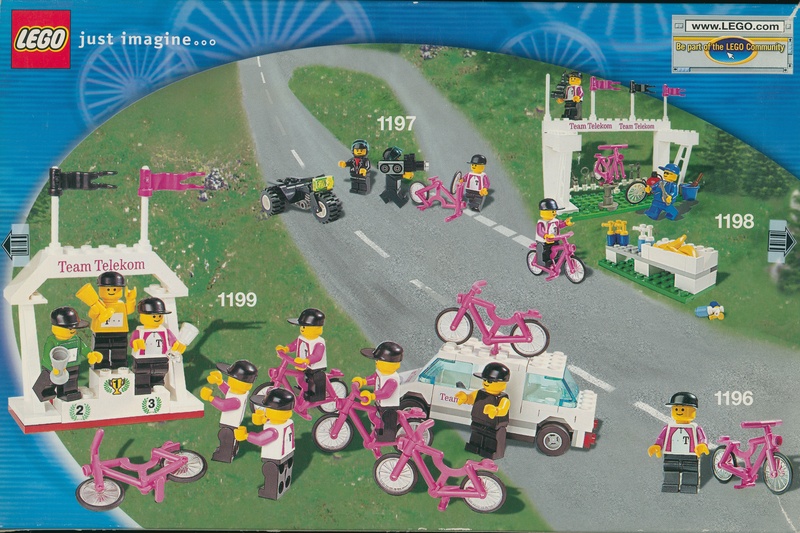 Contents of the four boxes