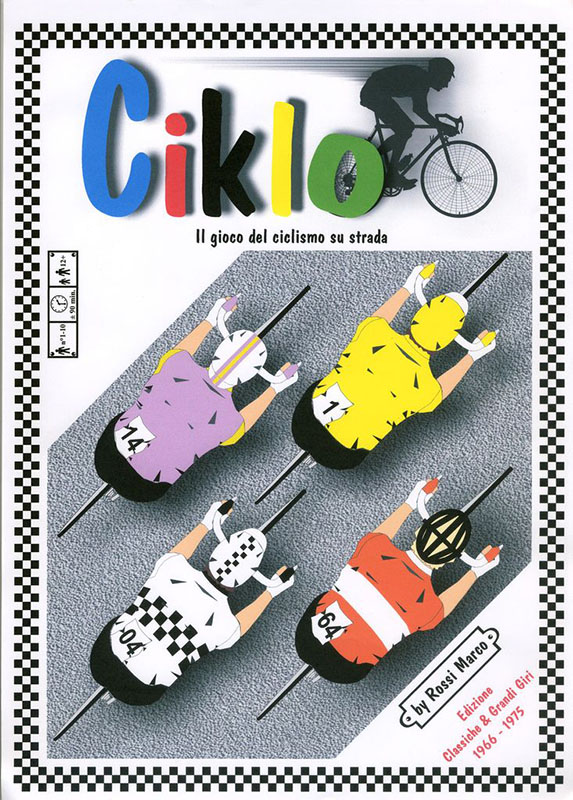 This is a game made by Marco Rossi, from Genoa. It is a clever middle point between a replay game and a board game. You can play it by yourself, with a lot of tables, individual characteristics for each rider and a some of dice-throwing and table checking like a replay game, but you still have a board and riders, and the game can be played by several players.

There are (or maybe I should say "there wiill be") six versions of the game, corresponding to six historical periods  (one for each post WWII decade: mine is the 1966-1975 edition). There are ten teams for each historical period, plus a bonus "world championship" special set.

Unfortunately Marco is not able to produce enough copies to consider it "a published game". In fact, at the moment of writing there are only two copies of this game, though I hope there will be more in the near future. Imagine how proud I am of owning one of the two copies.

As I said, there are ten team (of three riders which you can chose among four fdifferent ones). That makes thirty riders, and they all take part in the race, regardless of whether there are enough players. In the (most probable) case of having less than ten players, there are rules to manage the virtual players, to take decisions for them as whern to attack and when to follow other riders, etc...

You can play the game by yourself against nine virtual teams, in which case the game is almost a replay game (thouigh you still take your decisions for one of the teams). I wonder which would be the better balance between the number of human players and the number of virtual teams for the game playability.

An individual race or stage consists of six game turns. The winner is not the first to reach a certain point in the board, but the one to ride further in these six turns.

Before the race you set up six tiles in a special window in the board , which will define the race profile. (In the case of the picture below, a mountain stage, though one starting with a "pavťs" zone). You can design your own race profile, but you can also use one of the many included in the game rules. You can chose between Milano-San Remo,  Gand-Velvegem, FlŤche Wallonne, Gold Race, Paris-Tours, Ronde van Vlaanderen, Paris-Roubaix, Liege-Bastogne-Liege, Paris-Bruxelles, Giro di LombardŪa, a World Championship, a Time Trial World Championship, as well as 10-stage long Giro d'Italia and Tour de France.

As you can see, the game is an ambitious one, which tries to feature almost every aspect of a cycling race, and which has a very nice "flavour". Of course having the 1966-1975 season adds to this flavour. Probably I would appreciate a little less the "1996-2005" version, but that just reveals my age. 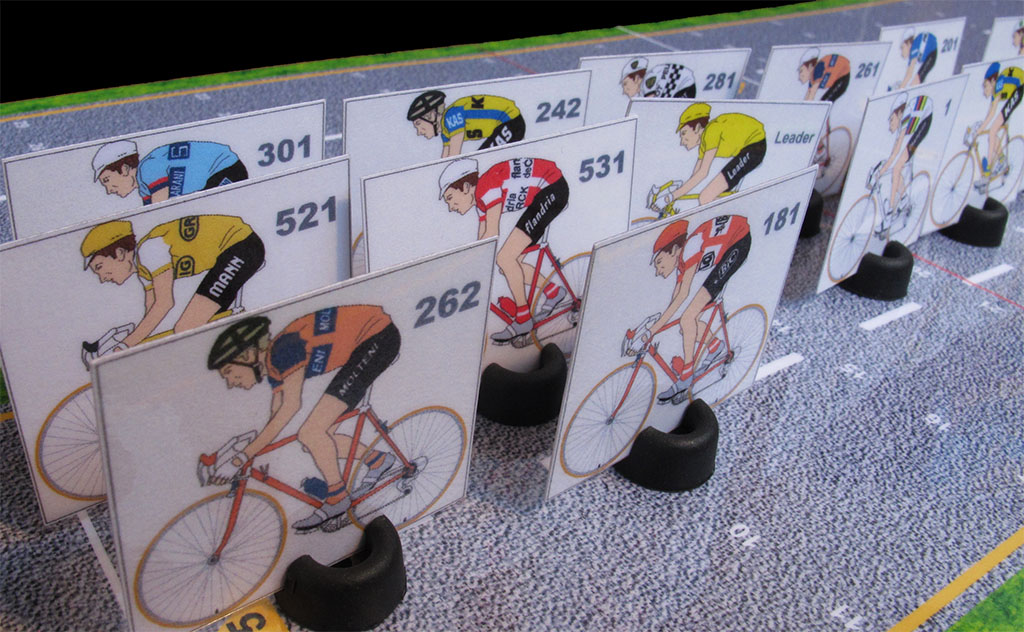 One last problem about the game, of course, is that if it ever has to be mass-produced (or legally produced), it will not be able to keep the riders names (or even the teams), unless someone is willing to pay the licensing fees. (On the other hand, the world championship set is probably umproblematic enough). 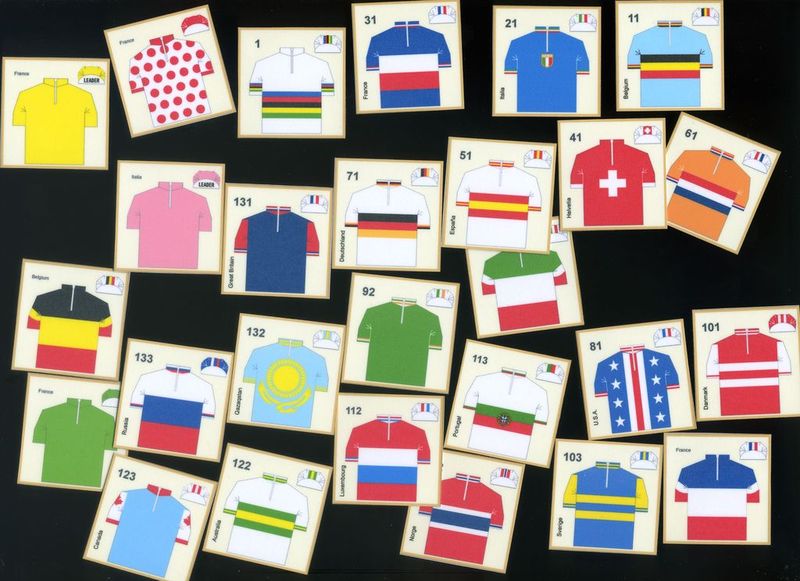 As you can appreciate in the last picture (taken from the author's website: www.il-ciclismo-sul-tavolo.it)  there is quite a lot of work involved in this game. In case you are interested in checking the game progress or in contacting the author, you can do it through his website. 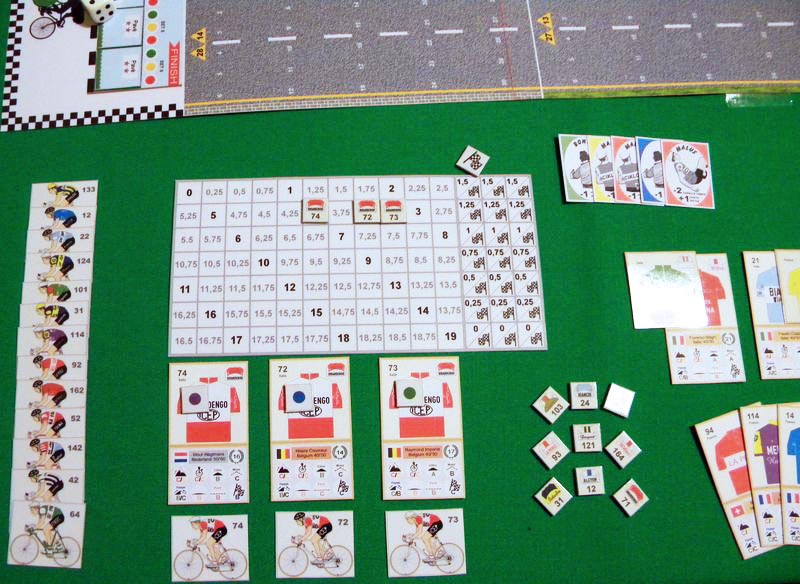