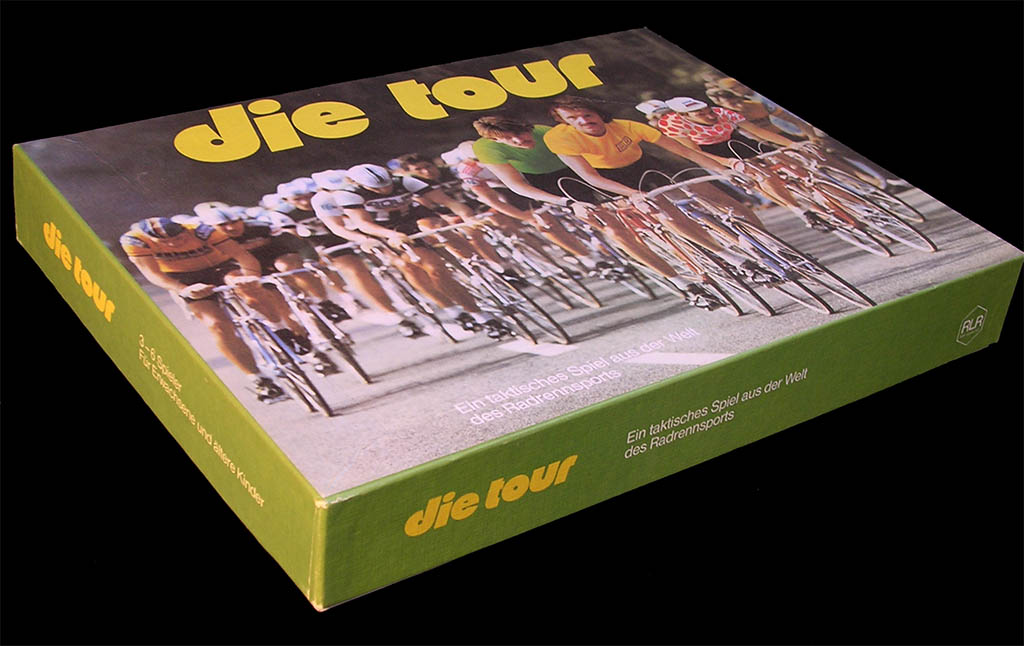 This is a tactical game representing a stage race which has been on my want-to play list for years for almost two decades, and still is, which is a shame since it looks interesting

The board is formed by two forled panels measuring 55 x 38 cms. The unusual arrangement (panels touching by the narrow side) makes a 110 cms long board. You need a long table to play this one! 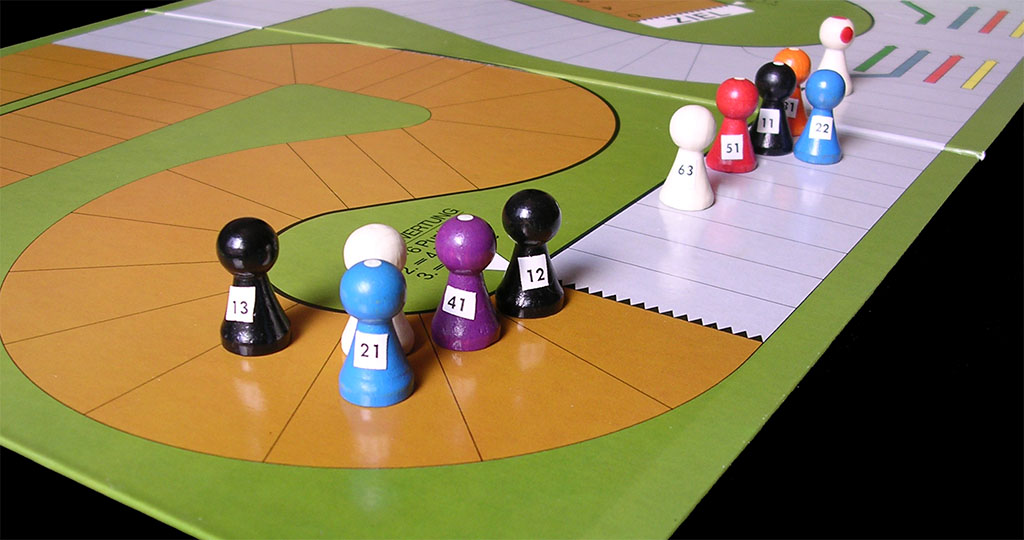 The are no cyclists as such, but wooden pawns. While they do NOT look like cyclists, they are warm enough. There are 27 such pawns: 6 teams of four, plus the three Tour de France maillots: yellow, green, and polka-dot. You can see the latter in the picture above (in front of the peloton). 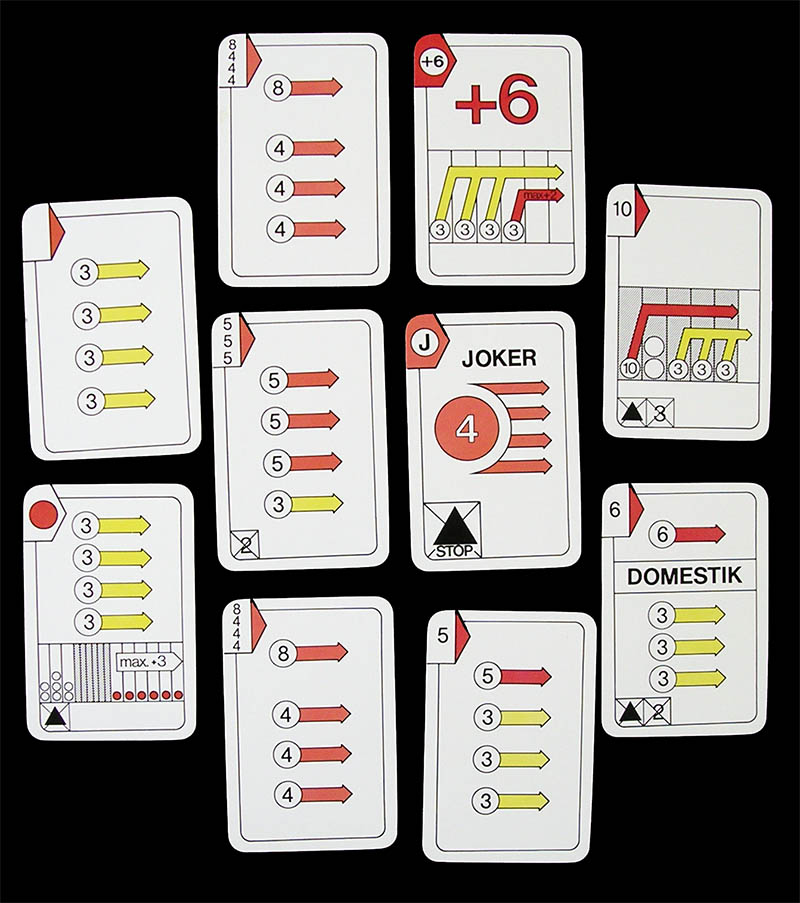 The movement of the riders is controlled by cards. There are 10 different types of cards (99 cards in total), which are quite self-explanatory. There is a 12-page booklet with the (German) rules, plus a sheet with advanced rules, as well as some score sheets.

I have recently received the box you see on the left of the picture above. I was sent by Frank Schaubrenner, who thought that it was the original prototype of the game, and that it belonged to my collection (thanks, Frank!). He said he got it from a senior board game collector (whose he cannot remember the name) that might have gotten it directly from the author.

While I admit that I did not really believe it could be the original prototype, I changed my mind when I received the game. Judge for yourself. 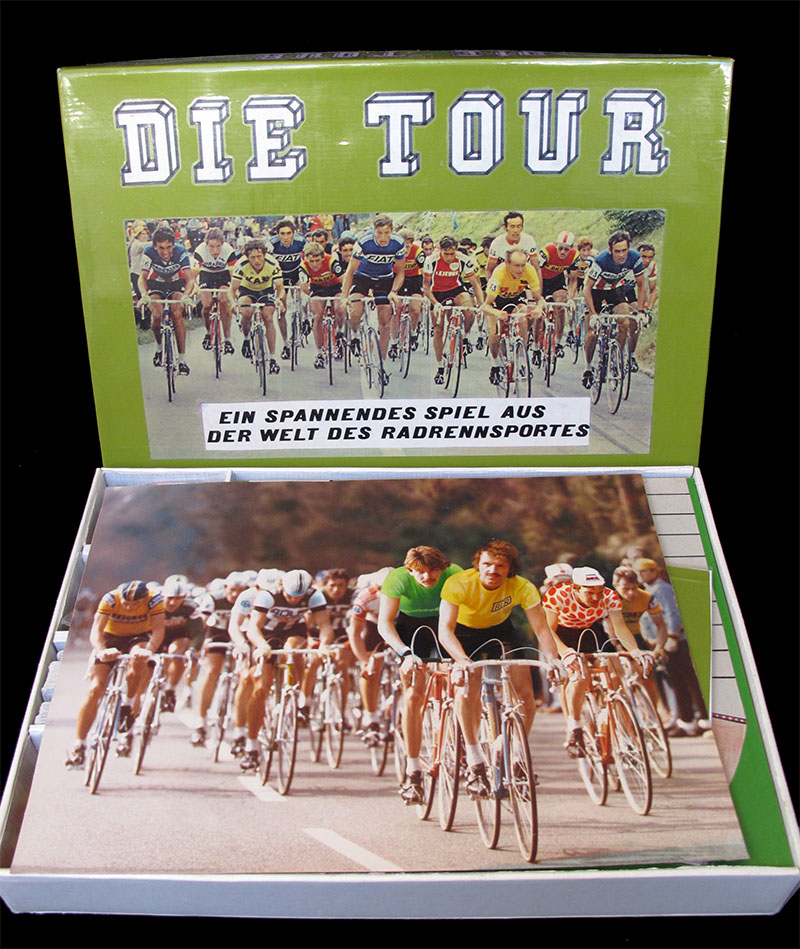 The box is hand made. The picture and lettering is pasted onto a plain green box, and the whole is protected by adhesive plastic. The first thing I found when I opened the box was this picture (see picture above). While it is not evident in the photograph (sorry), the three riders with the maillots are pasted onto a different picture. This has to be the original image from which the game box image was reproduced. So this game must have belonged to game author or, at, least, to the graphic designer. 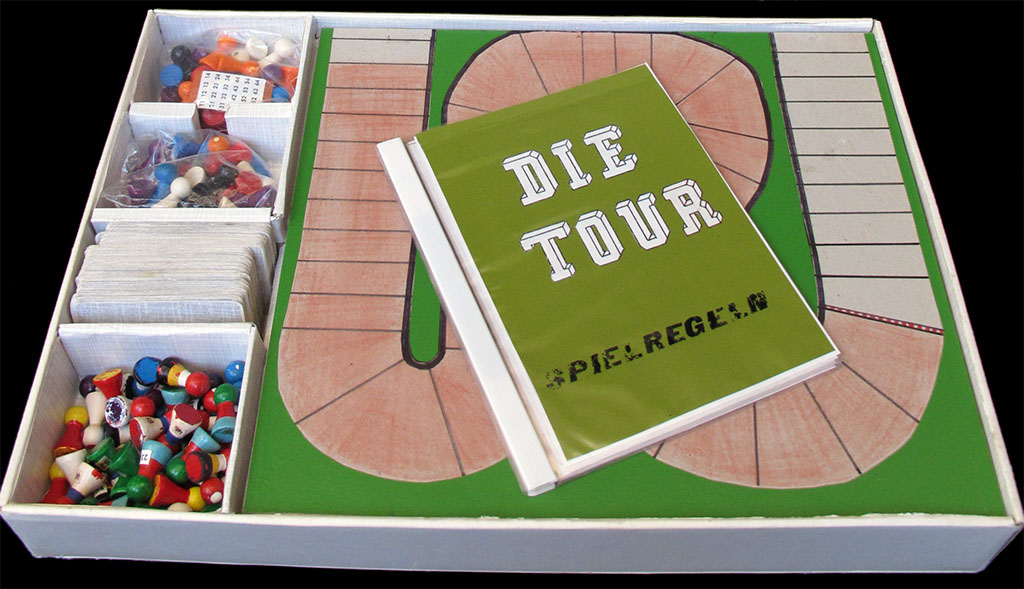 The xeroxed rules are very similar to the released game rules. I have not compared every point, but they already mention 27 counters and 99 cards. The board, as you can see, is hand-made (and slightly bigger than the one finally released: you need an eve bigger table). 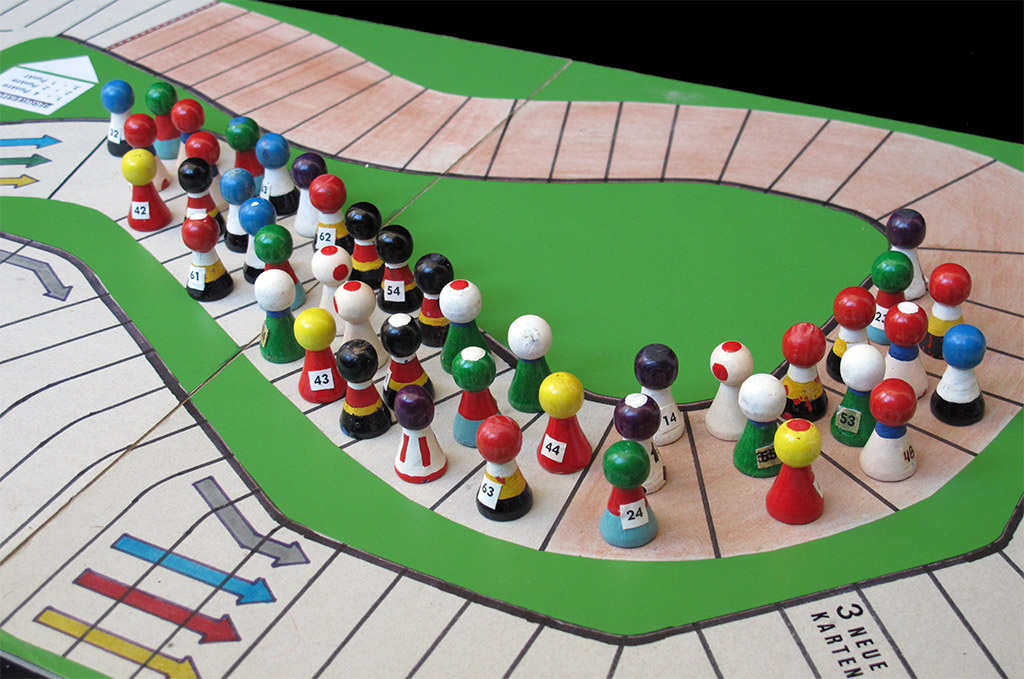 Here is the full peloton: 45 hand-painted riders (though probably not meant to be used all at once). I love the colours, much better than those in the released version. 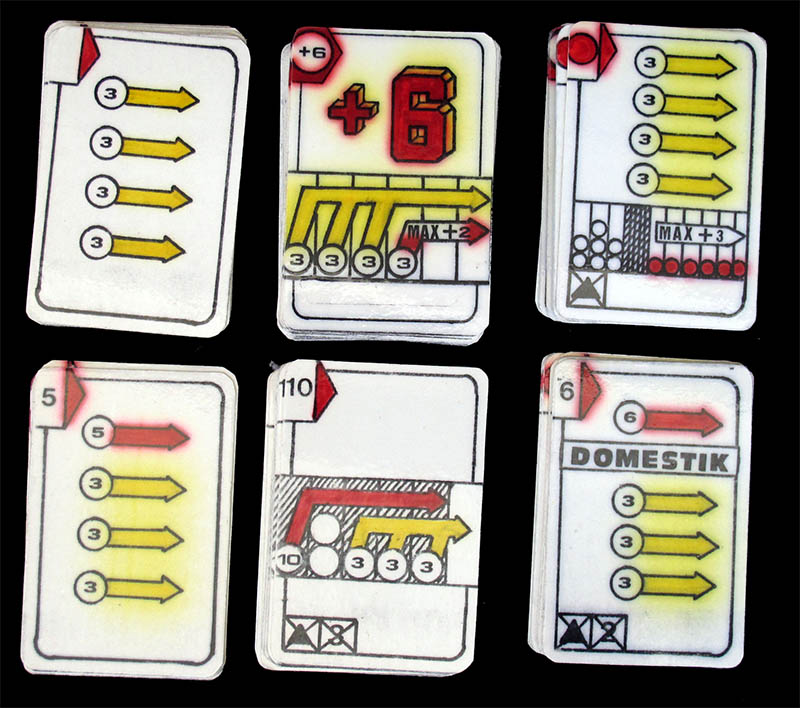 Here is a sample of the cards. They are coloured by hand and each is protected in a plastic wrapper.

So what do you think? Am I right to think this is this the original "Die Tour" prototype? If you know more about this item or were involved in the game creation, you can send me your comments.

By the way, Frank Schaubrenner also sent me this other game/prototype, which he got from the same source. Thanks a lot!