Unpublished prototype found by my friend Franēois Cardinet at the Essen game fair, inside the box of a football game called "Ausgetrickst...", with which it shares some elements. It is a quite elaborate and complex game which I have not studied in depth yet. It features rules for both road and track cycling, and four double sided boards to design different races, 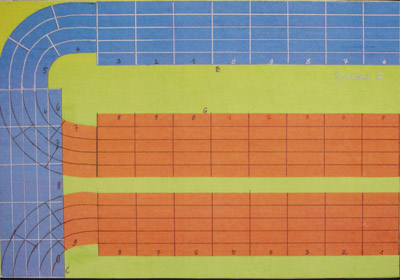 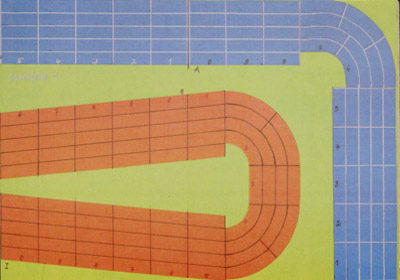 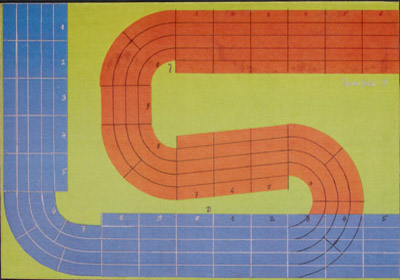 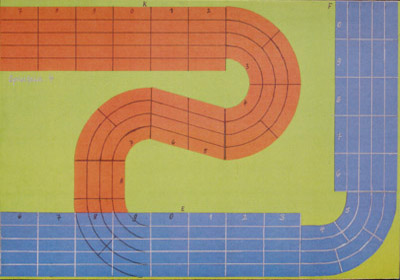 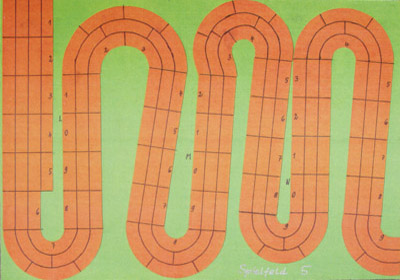 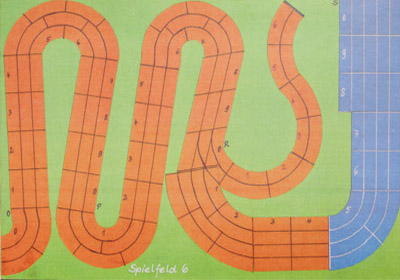 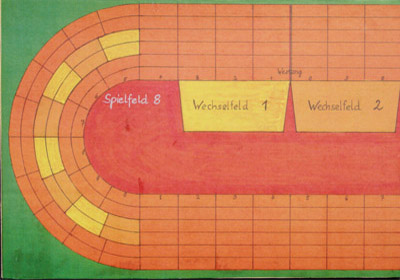 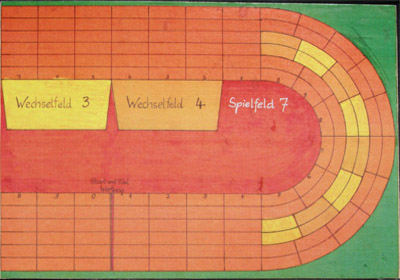 There are rules for one day races and for stage races, including rules for time trials, team time trials, and even the prologue, as well as rules for eleven different track races.

As you can see, it was a very ambitious project. 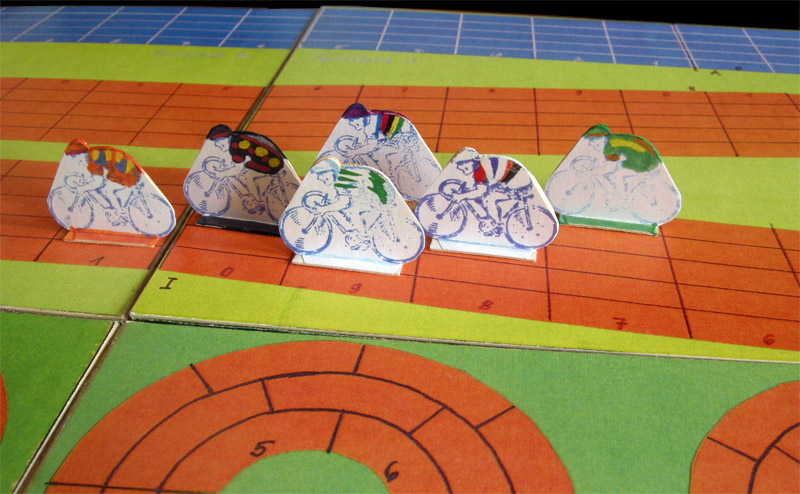 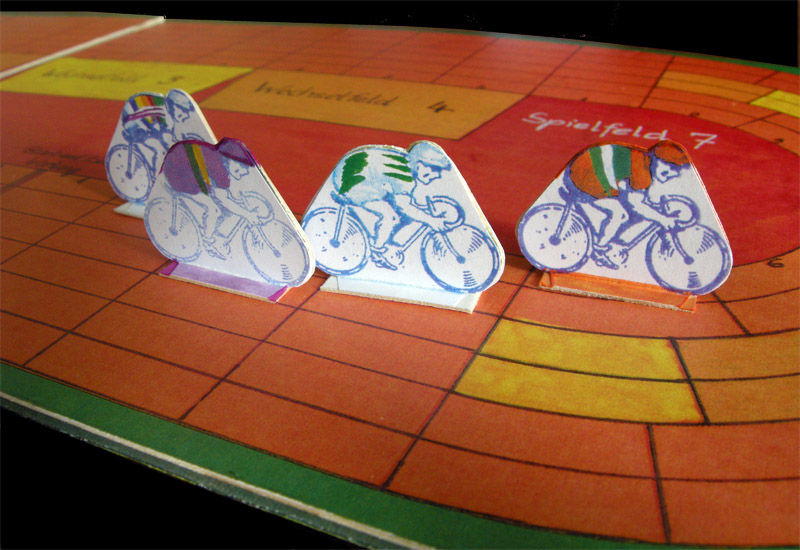 Frank Schaubrenner has sent me a couple of cycling games' prototypes which he felt belonged to my collection. One of there is a box of  "Ausgetrickst..." which contains, again, a cycling game. It is the same cycling game, just that this time there  is only the track cycling part of the game (and it is called "Velodrom").

The box on the left is from Franēois's game, the box on the right is the one I have (yeah, it has suffered...). As you can see by the change of address (from Cleebronn to Tamm) and from the fact that my game is not complete, the version I have is previous.

There are only 16 riders in the Velodrom version of the game (8 teams of 2 riders, though the game is for 2 to 6 players). 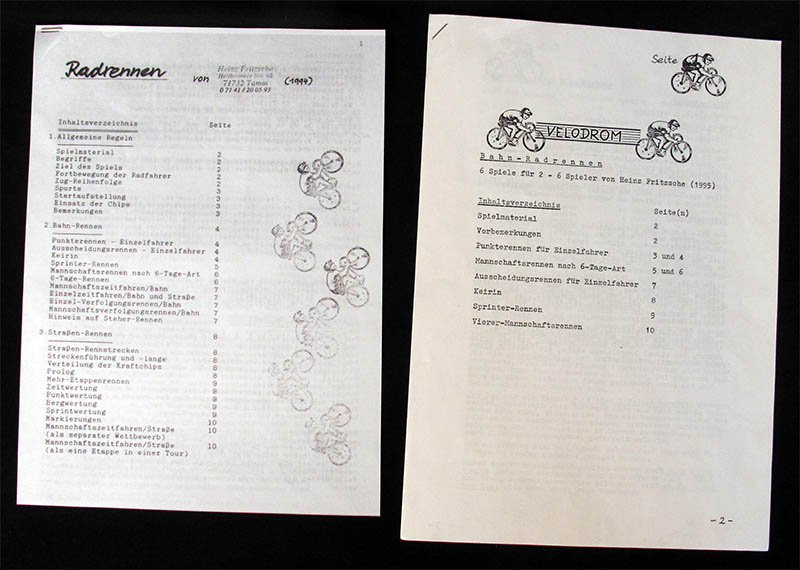 Of course the rules on Franēois game are more complete. (Do not judge by the size since the rules on the left are a copy). I have not compared/studied the rules in depth (my German is quite poor, unfortunately), but there are some differences even in the track-cycling rules. The main difference is that my game only includes five (coloured) dice, and these are regular D6s (numbered 1 to 6). 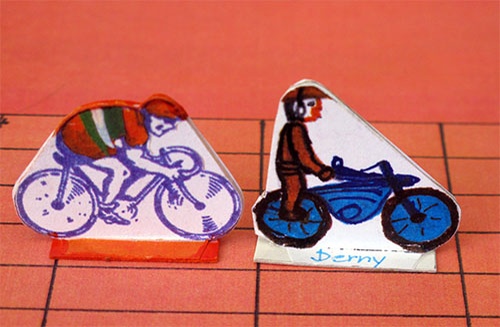 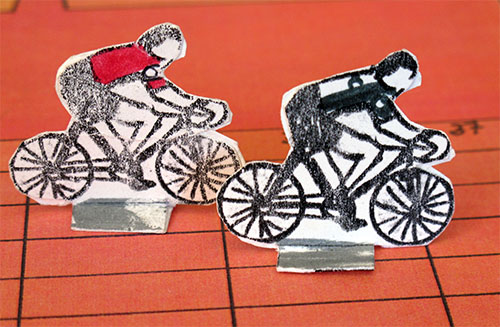 I also have a derny (which I do not recall being in Franēois' game, but is -probably- needed for the Keirin race) and the couple of riders on the left picture, which were in the box, but I don't think they belong to the game.

I do not know much about Heinz Fritzsche/Sport-Spiele except that they are based in Tamm (Germany). Any further information or contact will be welcome.

Here is the other game sent by Frank. Thanks, again!

UPDATE DECEMBER 2020: Pictures of the dice mentioned above. 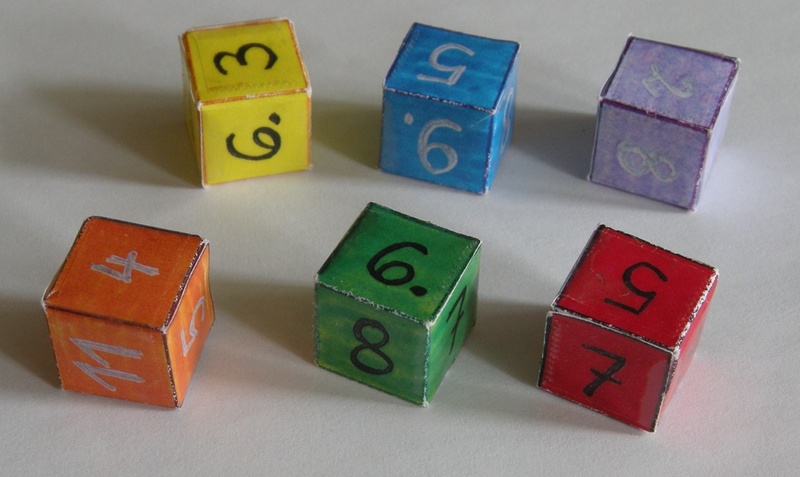 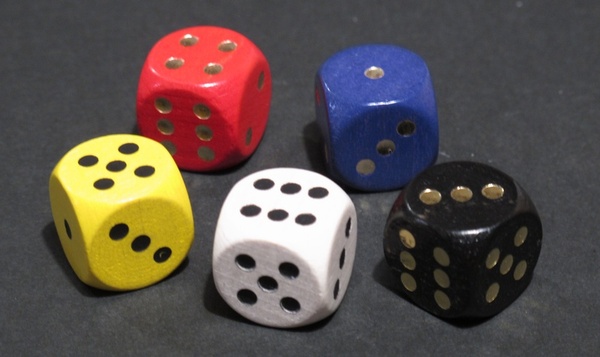