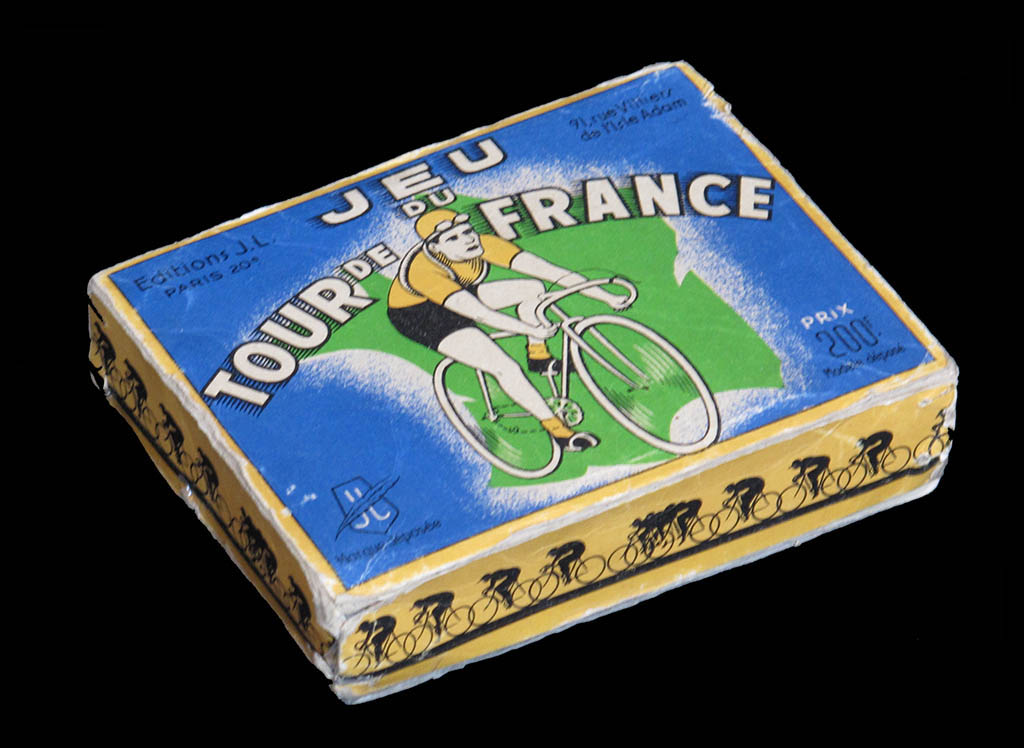 This is a hard-to-find Mille Bornes-type Tour de France themed card game. More specifically, it's rules are based on the game Touring, which is the game that actually inspired Mille Bornes. (The main difference between these games is that Mille Bornes included the "Coup Fourré" rule which was not present in Touring).

By the way, this is a difficult game to classify, at least under the categories I have so far in the "Type of Race/Game" section. Of course, I could put it under "Card Games", but this section features "cycling themed card games which do not represent a cycling race". Since this game does represent a cycling race, it does not belong there. I have decided to include it in the "non-race games" section although technically games of the Touring/Mille-Bornes family ARE race games. I know it may seem counterintuitive to some, but my favourite definition of a race game is "a game in which the winner is the first player to reach a given square on the board or to meet certain given conditions". Under this definition, this is a race game. Of course, under a more classic definition such as H.J.R. Murray's ("games in which teams of equal size race one another, along a given track, and the first player to complete the course with his team wins"), it is not. If you are interested in that kind of things, check the "cycling games theory" section. 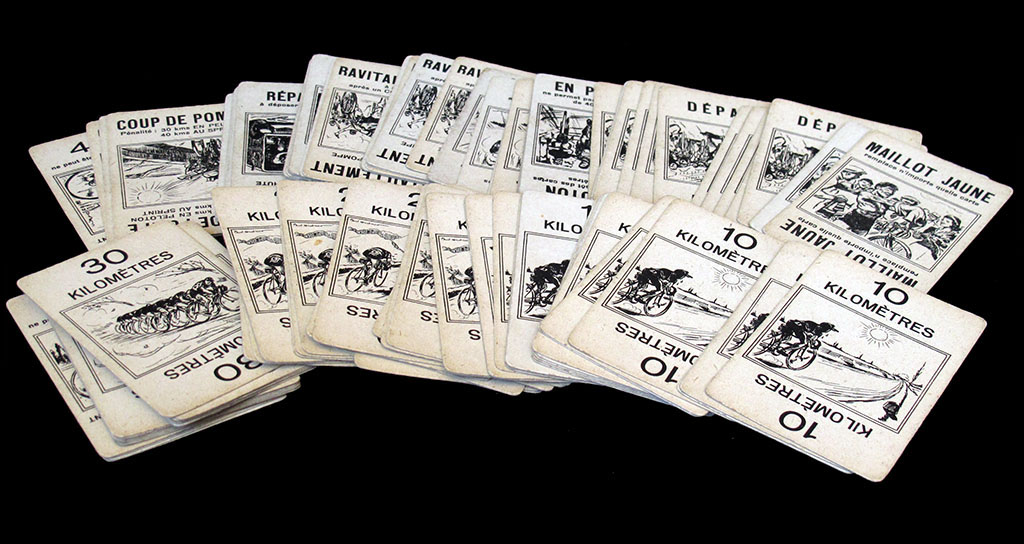 Since Mille Bornes was not created (by Edmond Dujardin) until 1954, it is safe to infer that this Tour de France game was made before that year. What is not so sure is how long before.  The unfortunate demise a few months ago of my friend Pierre Bertin leaves me without the possibiliyt to ask not only one of the biggest experts in French board games, but also a big fan and collector of Mille Bornes/Touring-type games, so I am dating the game according to my intuition. 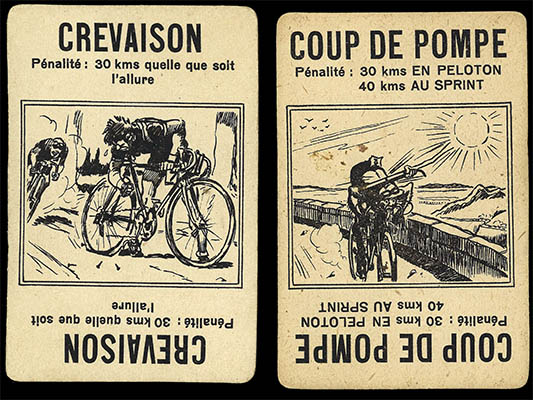 Some of the images in the cards ("Départ", "Au Sprint", "20 Kms", as well as the picture on the back of the cards) are signed. After some research I have been able to identify the illustrator as Paul Ordner (1901-1969) (*). In case you want to know more about his work, there is a book recently written about him by Philippe Aurousseau: Paul Ordner. 40 ans de déssin sportif, humoristique et politique (Éditions de l'Oncle Archibald, 2014). There is also a chapter on Ordner in Jean-Michel Linfort's Le grand livre des illustrateurs, des dessinateurs et des caricaturistes du Tour de France (Cheminements, 2008).

(*) Ordner's birthdate varies between 1900 and 1901 depending on where you check it. I am giving the date found on paul-ordner.blogspot.com. 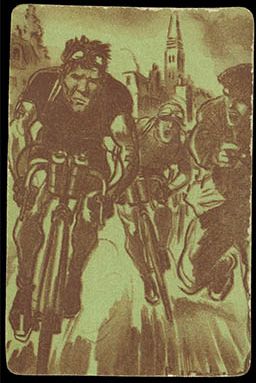 Back of the cards 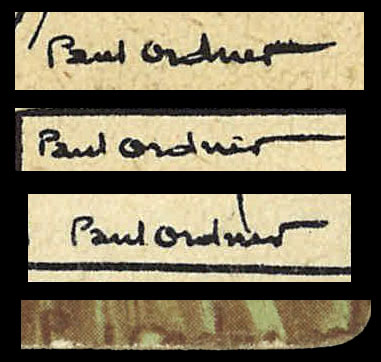 Close up of the signatures, in case you want to see them better.

Personal note: "My" copy of this game used to be in the Pierre & Bilou collection. It had been a kind of mutual present between Pierre and me. We often said that his games or my games were not his or mine but belonged to both of us (at least the games that suited both our interests, which was not always, but often, the case). Eternal thanks to Pierre, and of course to Bilou, for letting me keep this game.