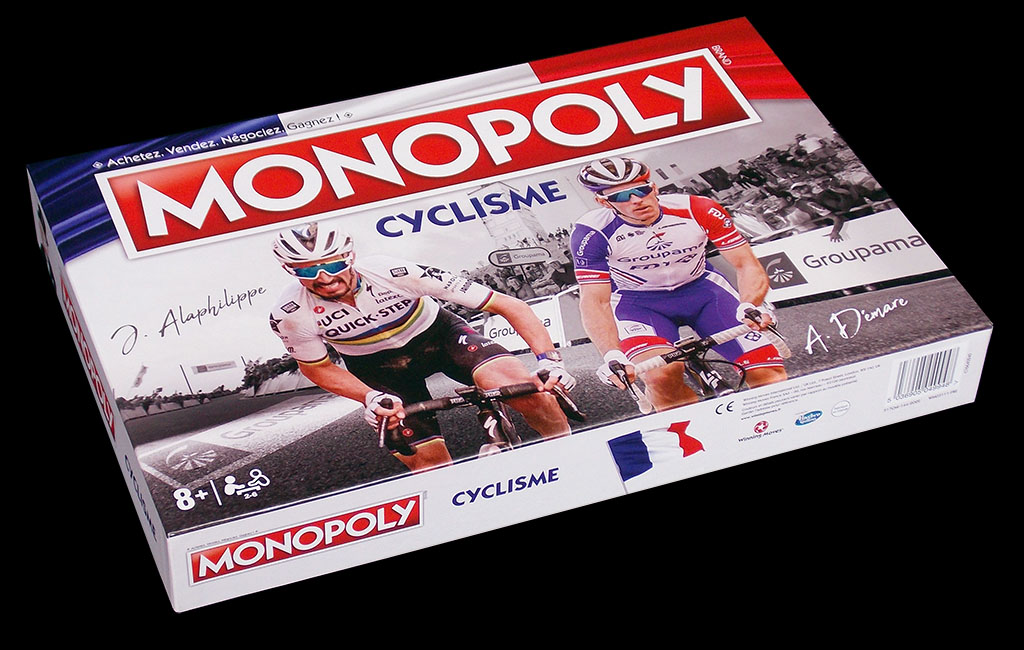 The cycling-themed game of Monopoly released last year must have been a success, since here we have a new version aimed at the French market. This game has been released by the same (Belgian) group, though this time in partnership with Groupama, and is very similar to the other (same size, same materials...). You may want to refer to the Monopoly Koers description for the details. The main difference is that, in this game, what you sell and trade are spots related to French cycling races, including, but not limited to, the Tour de France. And that the rules of this one are only in French.

On the cover of the box are depicted those who are probably the two better-known French riders these days, Julien Alaphilippe and Arnaud Demare. The latter, of course, in FDJ-Groupama attire.

The problem with this new version is that while having one official cycling-themed Monopoly game could be fine, having TWO is definitely too much, and probably unnecessary even for die-hard collectors. I hope they do not try to release a third version, since I am afraid you will not find it on this site. 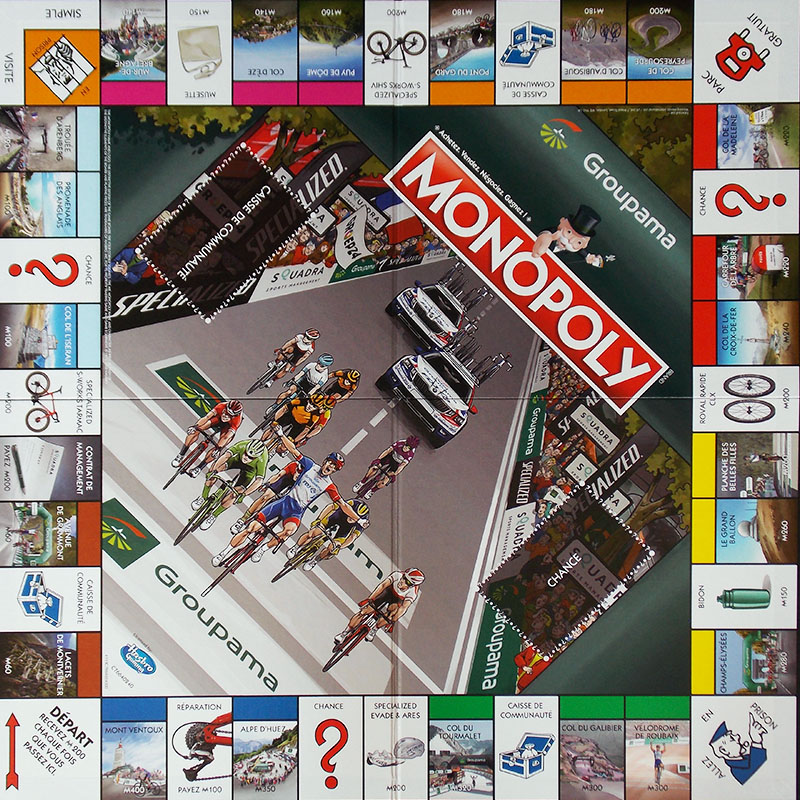 ...and the winner is the rider of the game sponsor's team... 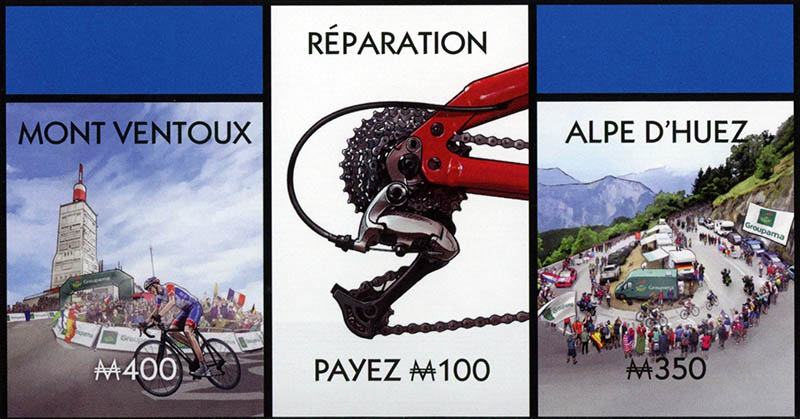 The uncredited illustrator does not seem to be the same as in the Monopoly Koers version of the game. It is a matter of taste, and you may disagree, but I prefer the other one. 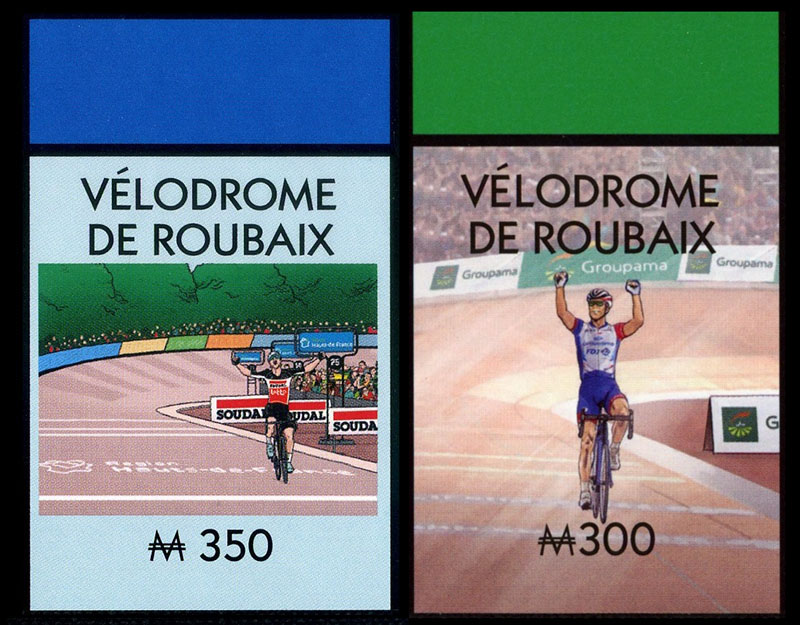 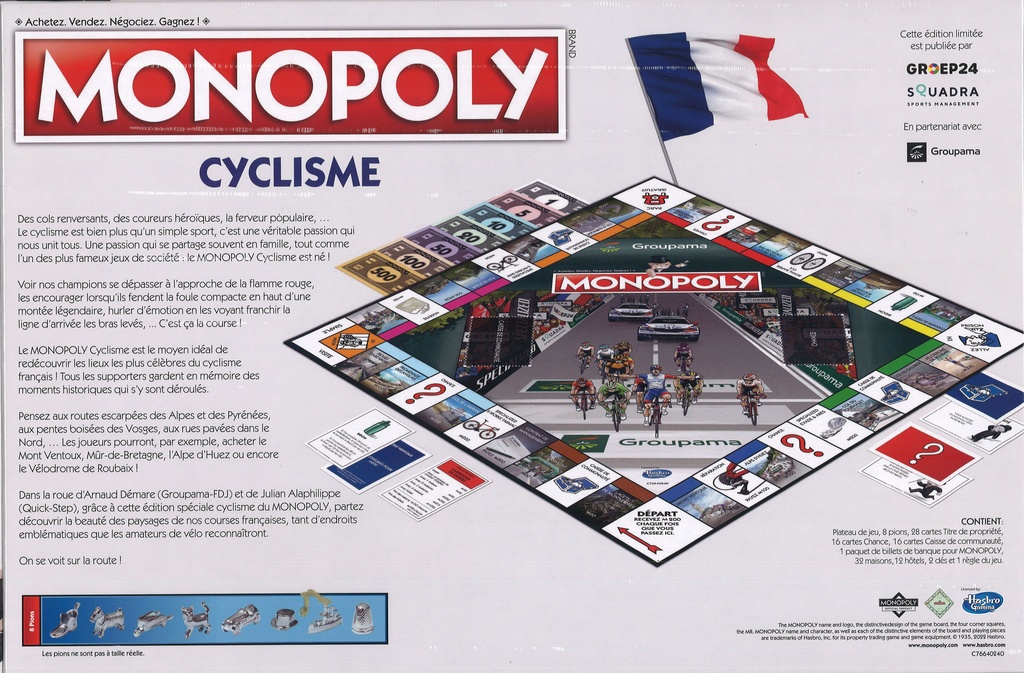 In case you are interested, this game is available here.