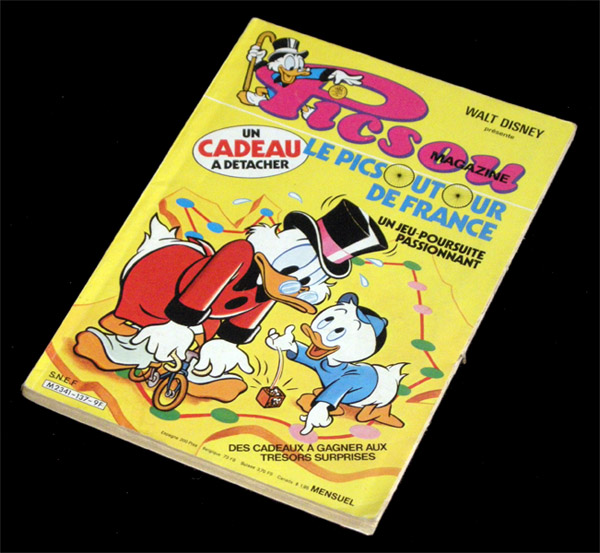 This game was given as a bonus in july 1983 with the French Picsou magazine, issue nş 137. (The following year the bonus would be Pic-Etape, and in 1886 we would have Bicross). 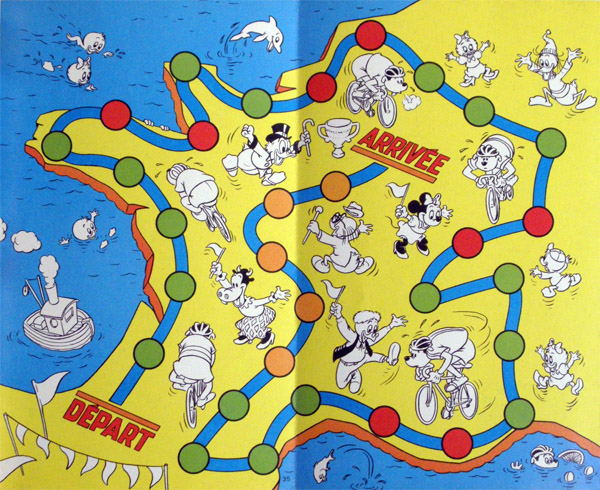 Despite the childishness of the board design (what did you expect anyway?), the game is a not-so-obvious dice game, of the push-your-luck genre, complete with special rules for mountain and sprint sections. 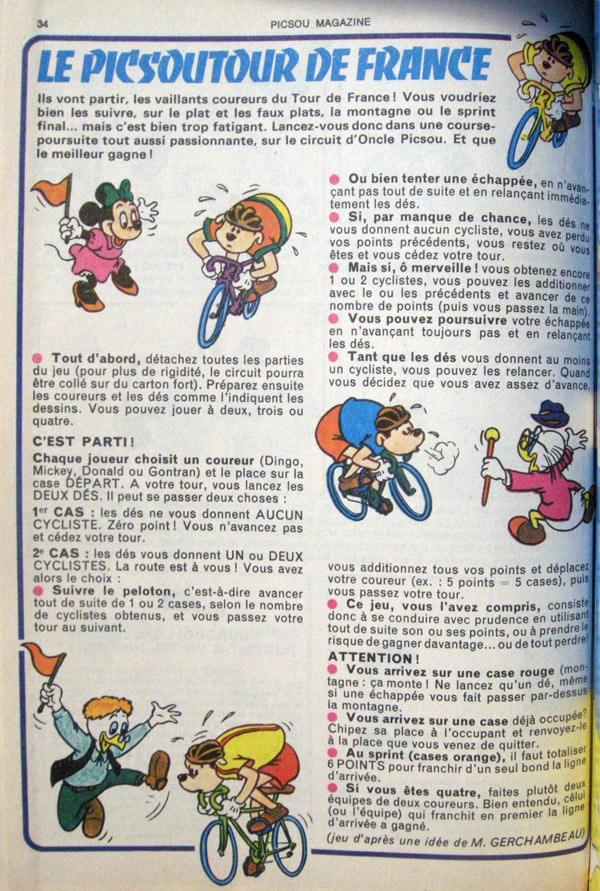 I have not assembled the special dice. I admit I do not even understand how I should do it. As Groucho Marx said, "a four-year-old child could understand this report! Run out and find me a four-year-old child" What I understand is that if I did assemble them I would eventually have 2 six-sided dice, each of them featuring three blank sides and three sides with a cyclist. Technically, these are D2s (also called coins). 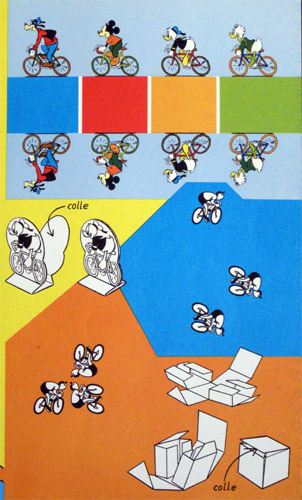 I do understand how to assemble the riders, however.... 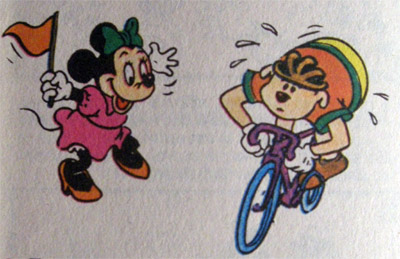 (I admit I just  included this picture to indulge myself in a little old funny copyright infringment. I am mean.)