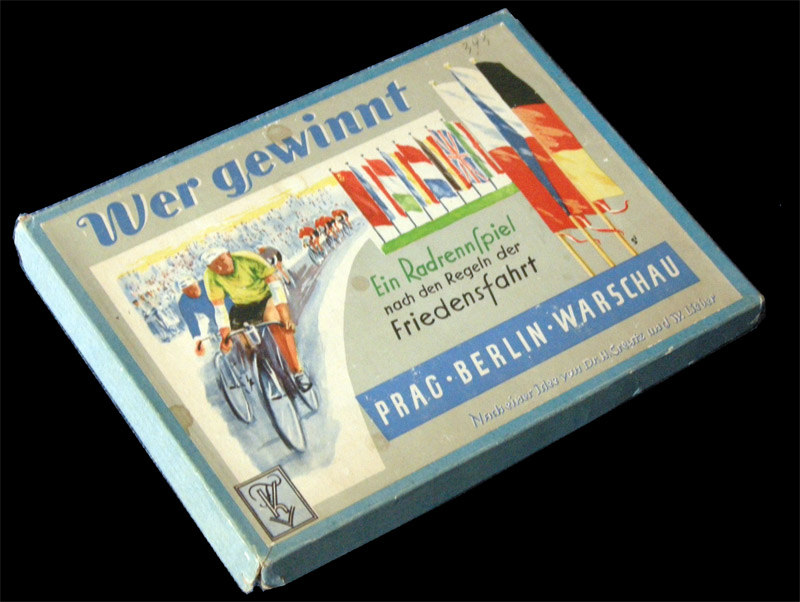 Game from the former Esatern Germany. I took the pictures from François Cardinet's collection. Of course the Prag-Berlin-Warschau race is the Peace Race, also known as Friedensfahrt as you can see on the game's box.. 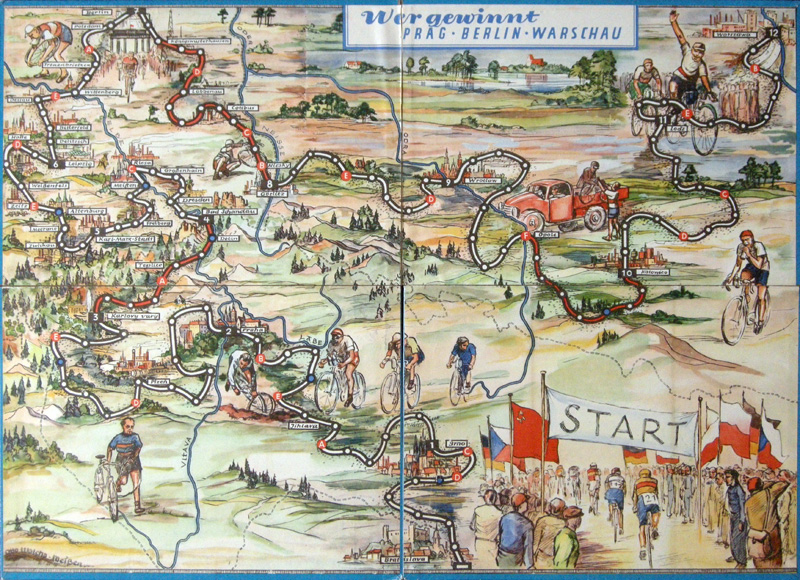 The race begins in Bratislava and ends in Warsaw (as did the 1953 edition of the race). It is divided in 12 stages. The game is played with 3 dice. The first rider to reach the even stages receives 5 points, and the second receives three points. For odd stages there are only 3 points awarded to the first rider to pass the city and one point for the second.

Blue points are mountain passes; the first rider to pass through that point receives three point (none for the second).

Red lines are sprints; players who fall on these play again.

Red points with letters are race incidents (fall, punctures, injures). Players who fall on these get negative points or have to wait for some turns.

The rider with more points when all have reached Warsaw is the winner of the game.

All in all, it is a simple dice game. 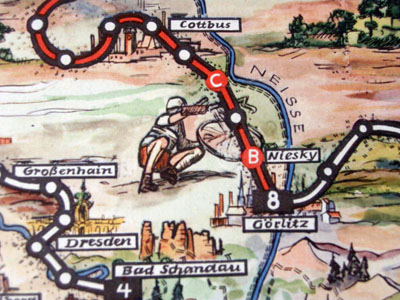 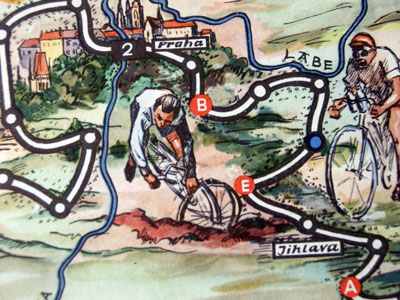 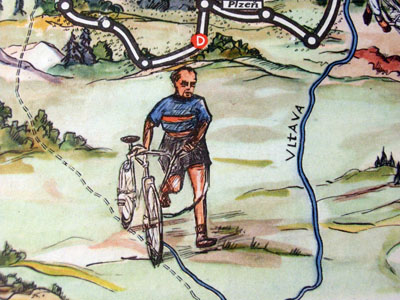 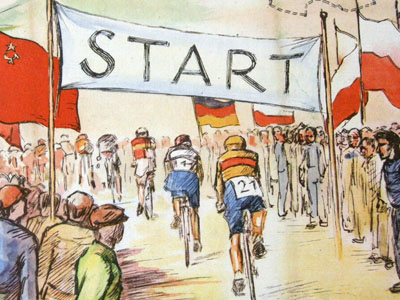 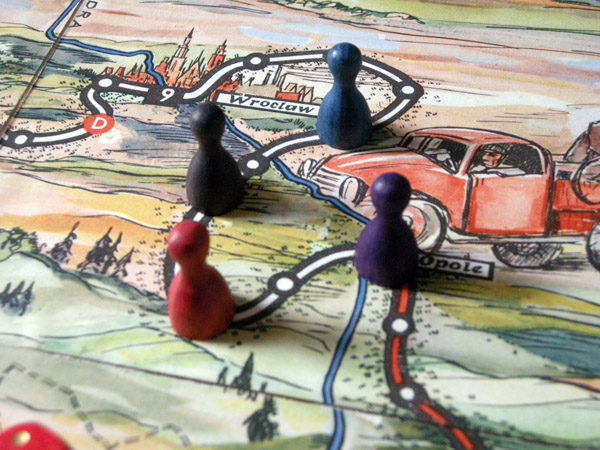