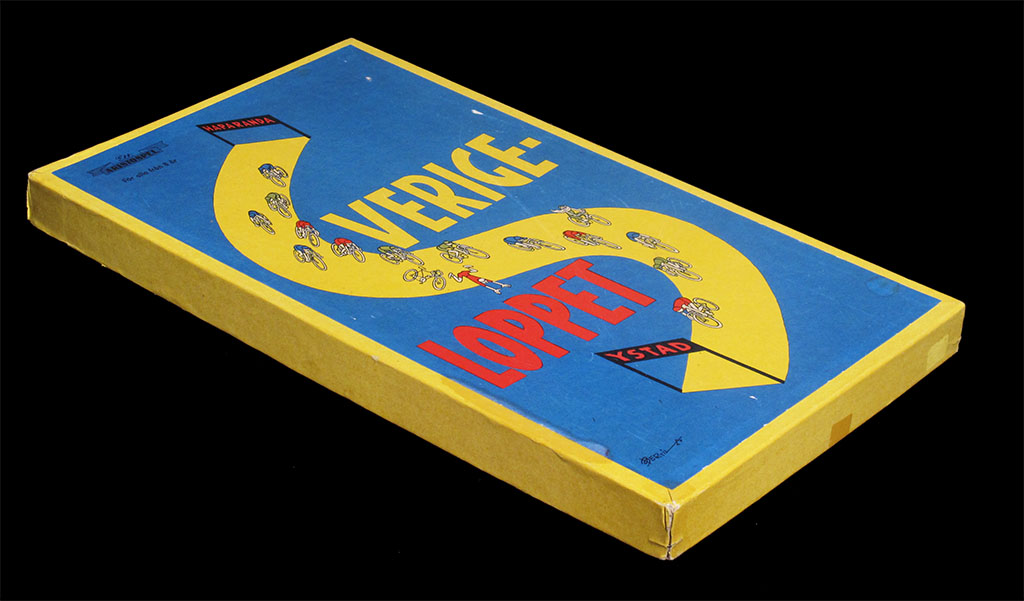 This game represents a six-stage Tour Of Sweden. Of course it is not the later Postgirot Open, which was held from 1982 to 2002, but the Sverigeloppet that was held between 1951 and 1965. I have not been able to find much information about this race, and most of it is is Swedish, but it was an amateur race that was very popular in Sweden. Probably the most well-known edition of the race was the first, in which 66-year old Gustaf Håkansson completed the race after being refused the inscription because of his age.

The race was organised by the Stockholms-Tidningen (a Stockholm newspaper) and the Husqvarna Vapenfabriks, a weapon factory which also manufactured bicyles. As far as I know, all editions of the race started in Harapanda and ended in Ystad (which does not help to date this game).

This game is illustrated by Bertil Almqvist (nicknamed Bertila), a well-known Swedish illustrator.

Though I cannot read the rules, I guess that this is a simple dice game. However, I class it in the simple stage races section (instead of under "games of goose") since it looks like it has something else, and after all it represents an actual stage race. 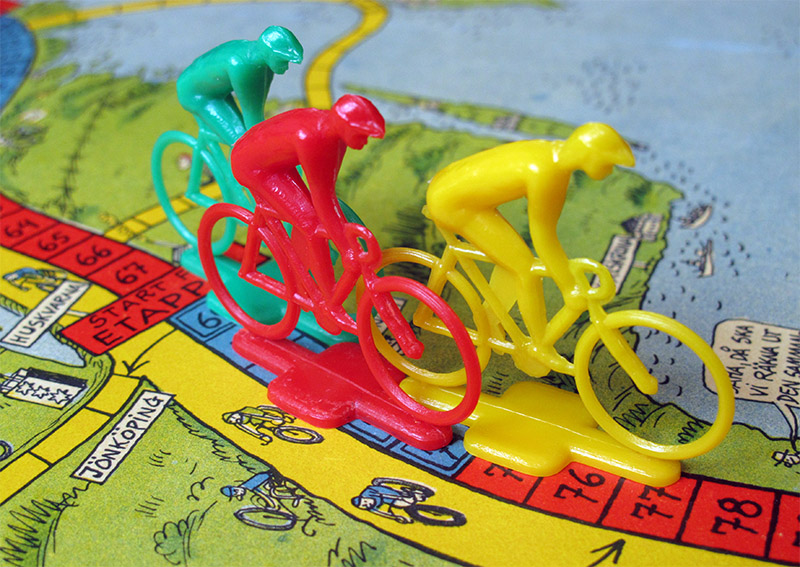 There are four oversized plastic riders in the game, but unfortunately one is missing in my copy. 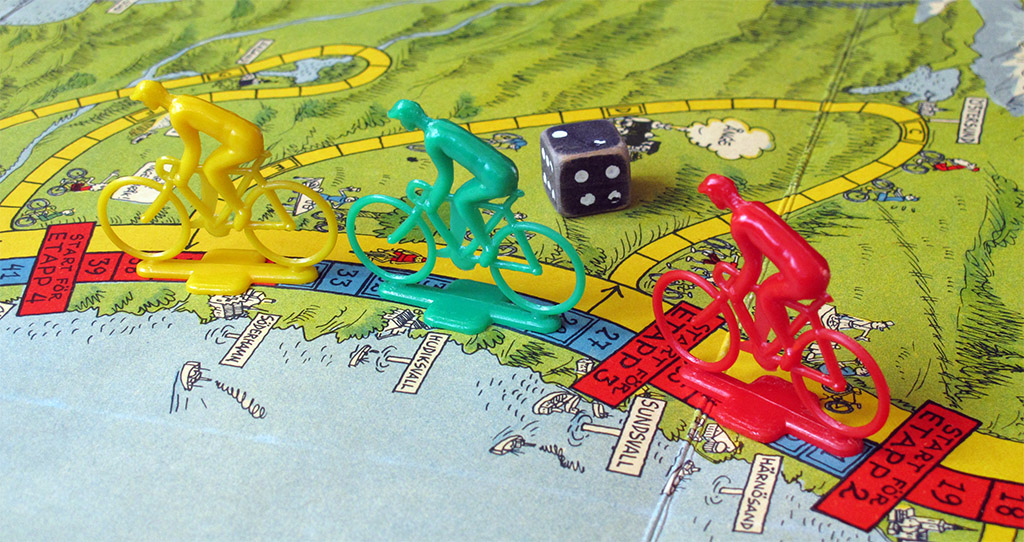 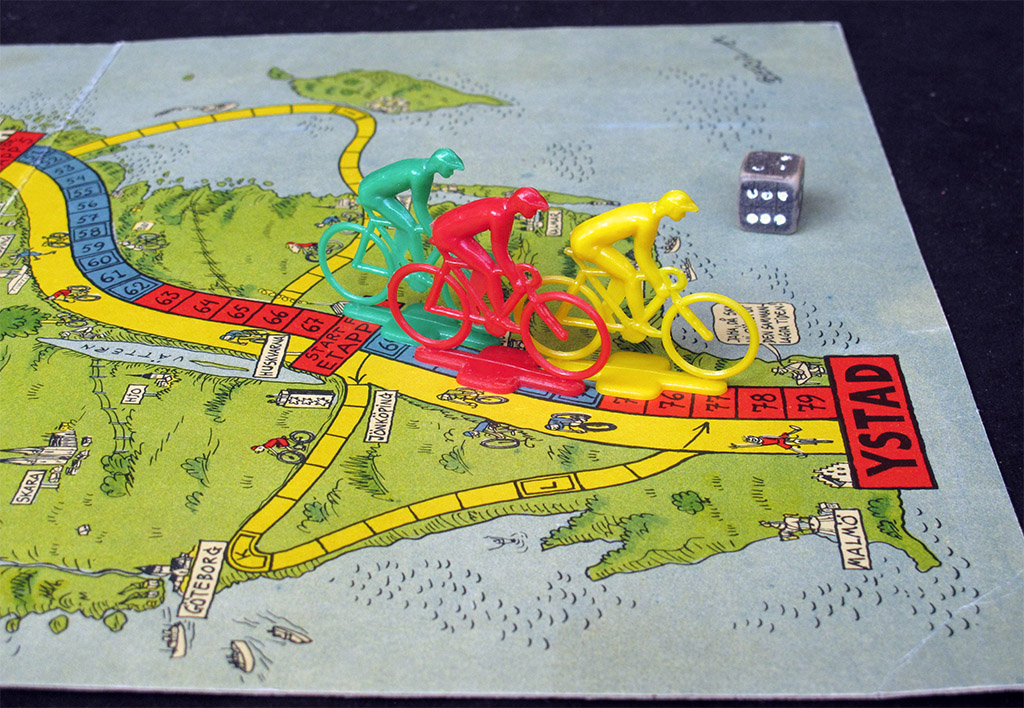 For Swedish people, Ystad is the southern end of the world... 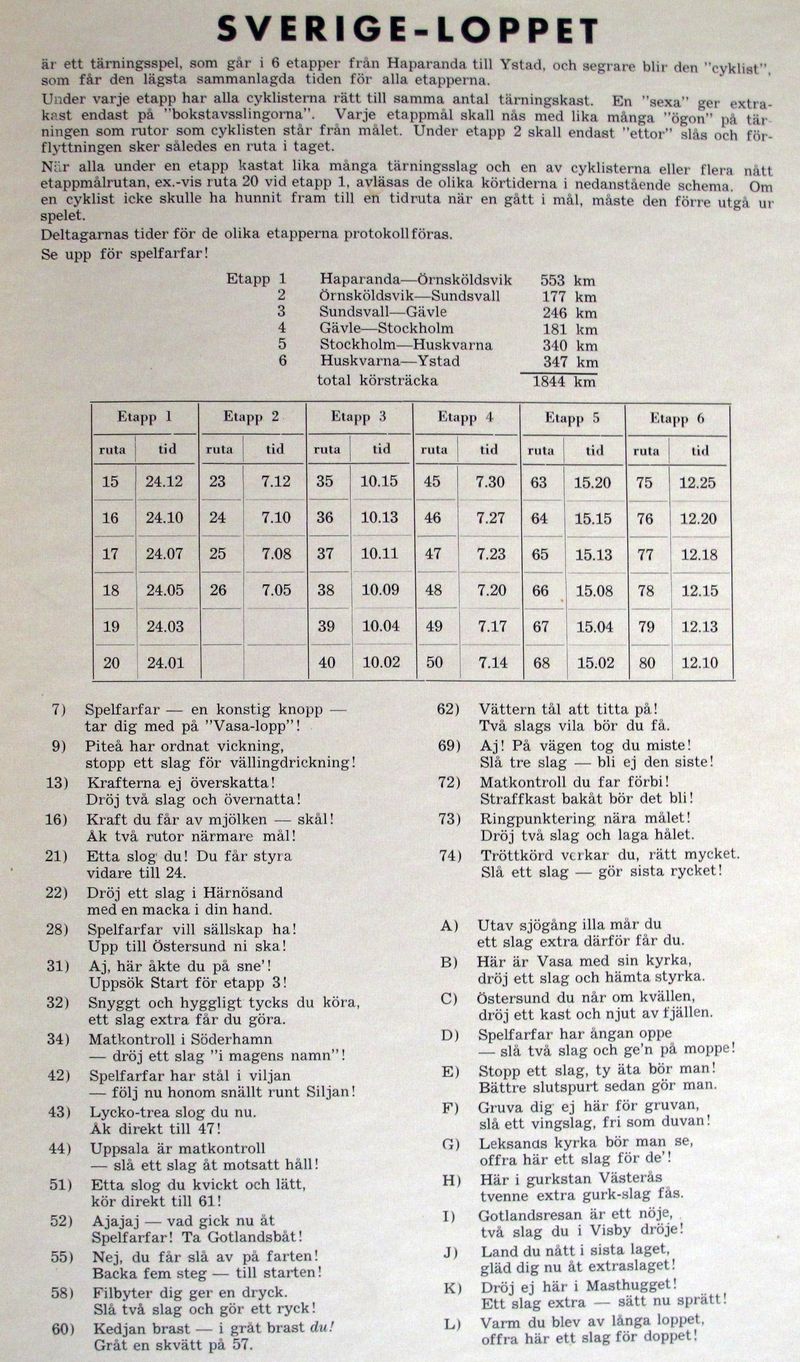 UPDATE: The Sverigeloppet is running again after more than 50 years! The race restarted in 2017. The 2018 edition is a 7-stage mixed race: men and women are competing in mixed teams. Is it the only one in the world, or at least the longest race allowing mixed teams? You can read about it in the Sigr blog sponsored by a Swedish cycling brand.

In case you wonder: of course they asked for permission, and of course I allowed them to use my pictures.

Thanks to Thomas Engel for helping me to buy this game.