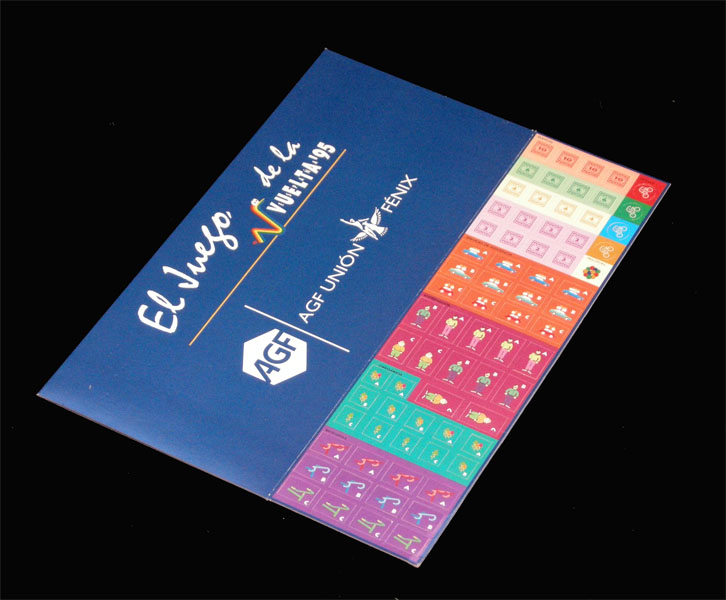 Promotional game for an insurance company. The game is a light carboard board with cut up riders and chips. Players run a 4 stage race, the four stages being called Prologue (a full stage, actually), Time Trial, Mountain Stage and Last Stage.

Each player receives a cyclist (the team leader), but there is also a peloton counter. 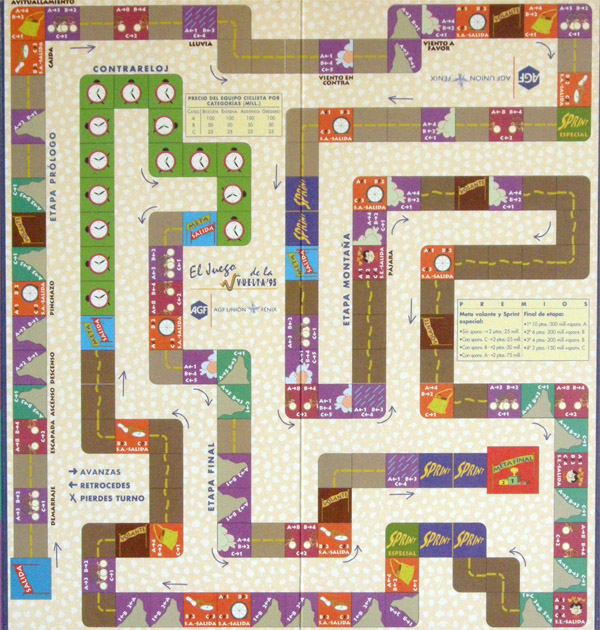 Before starting the race players can buy a bicycle (compulsory), a team car (recommended), a team director and/or a set of domestiques. Prices vary according to capabilities. The player must thus choose how to invest his money. Prices are marked on the board.

Game is played by throwing a so-called dice-counter ("ficha dado") which is actually a carboard coin (a D2) marked 1 on one side and 2 on the other.

As a general rule, players adwance the number marked on the coin. If they fall on a race  incident and they have not purchased the correct assistance, they may have to stay one or more turns. If they fall on a "escape" square, they advance more depending on the value of they team director, while on mountain squares the advance depend on the domestiques, and by head wind the advance depends on the quality of the bicycle. All this is simpler than it looks at first sight, since the background colour of the squares matches the colour of the required counters.

There are prices (both points and game money) at the intermediate sprint (meta volante) and special sprint (there were those two different sprint categories in stage races back in the nineties, remember?)

At the end of the stage prices are awarded (again, points and game money). Additionally, each player gets a sponsor. Needless to say, the best sponsor(and the only one with a brand name) is AGF/Union Fenix. Then all the equipment is given back and has to be bought again. The next stage begin in the order of arrival of the previous stage.

The time trial stage has different rules. Simply, each player counts how many dice throw he needs to finish the stage.

In the end it is just a chance game. There are enough bicycles, cars, directors and teammates for everyone to buy without the choice limiting other players' options. Therefore the choices players make (how to invest the money) are easy and should not have a big influence in the game 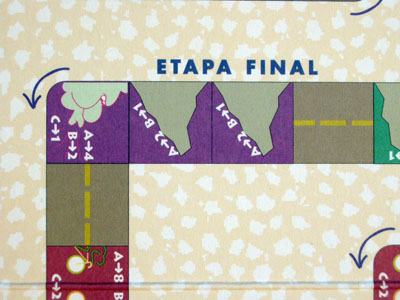 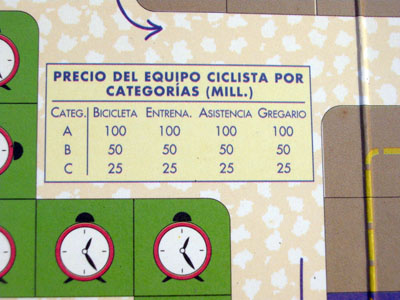 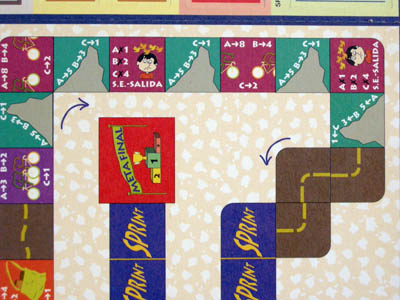