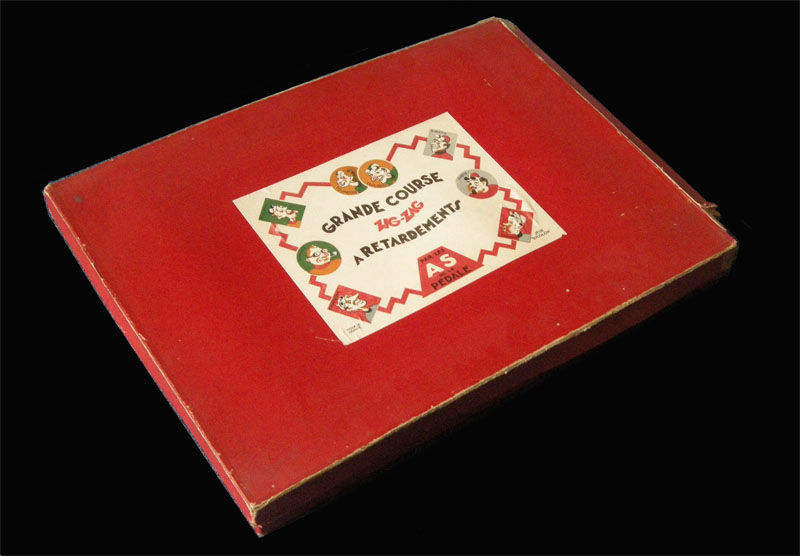 Humoristic game from François Cardinet's collection. Though it looks like a kids game, it is not exactly so, since players bet (though, supposedly, with chips, not with real money) and the board is full of mentions to alcoholic beverages. 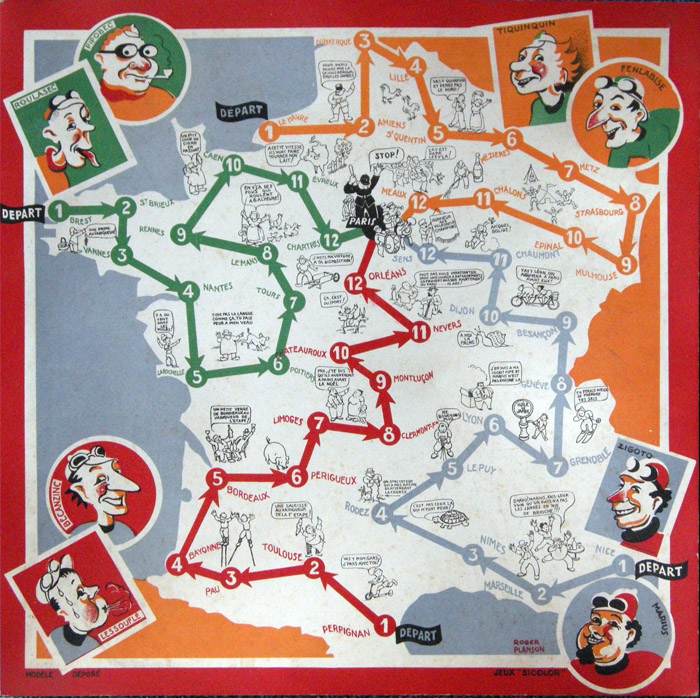 Players used coloured dice, with which they either advance one or two towns, get blocked, or pay a chip to the pot. The first player to reach Paris gets the contents of the pot. 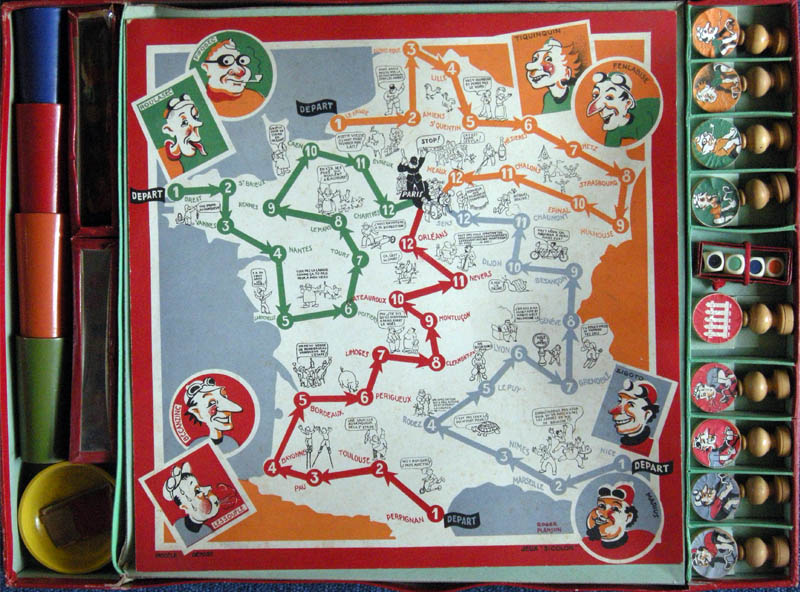 There are several versions of the game. Here is a smaller version from Pierre & Bilou's collection. What's strange is that on this (also smaller)  board one of the riders (round red rider on the bottom left) does not have name. 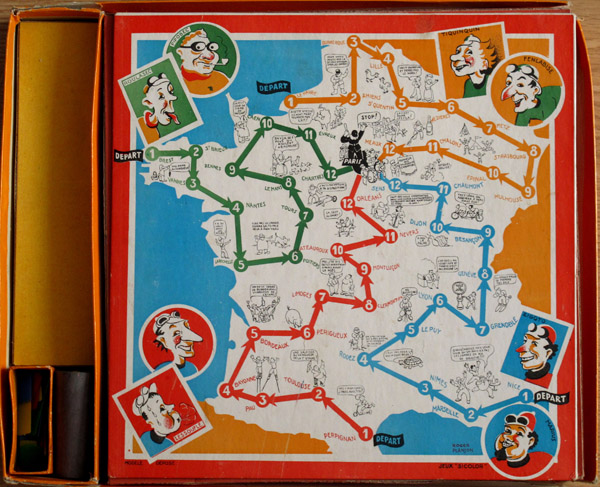 Here's the front of the smaller box. It looks like the former owner did not like (or maybe liked too much) the label on it.
By the way, all 8 riders have names on this label. 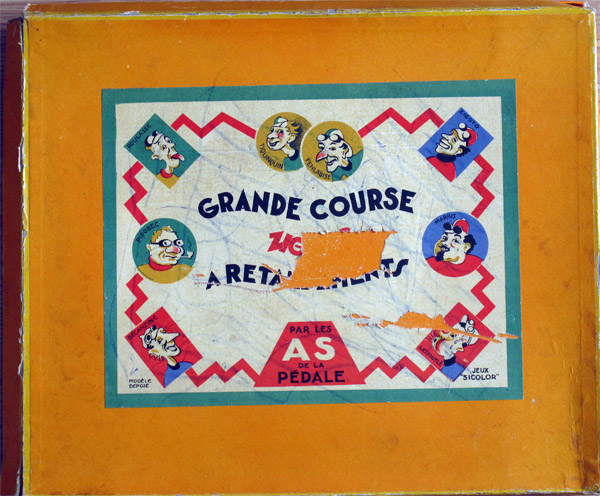 There are four different starting points on the board, which is quite sensible since the riders are quite big. This makes the game more similar to the Montecarlo rally than to the Tour de France. 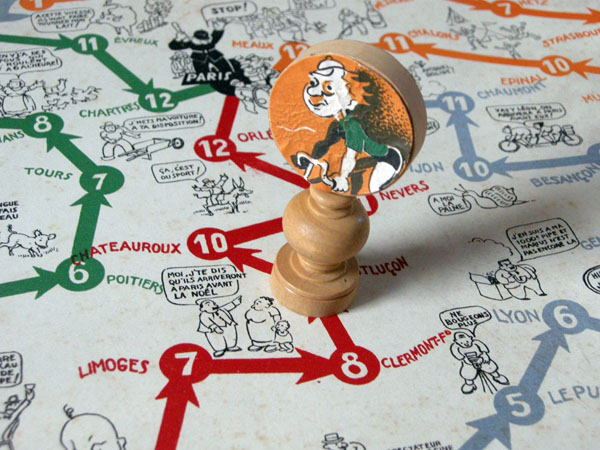 The refreshments are mainly alcoholic. This, of course, would be unthinkable nowadays. 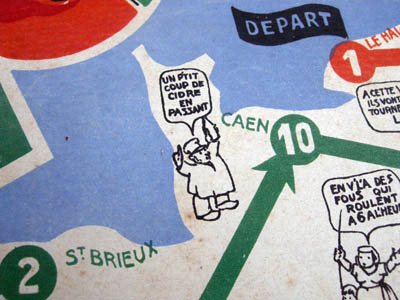 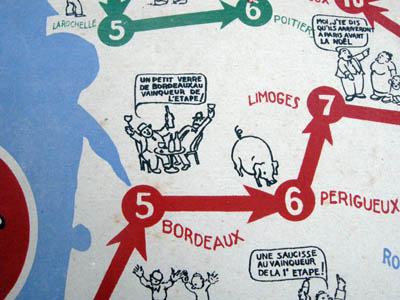 UPDATE may 2020: Here is a third box, with a different (and nicer) in-box organization. You cannot see it on the picture but the board has all eight names. What is strange in this one is that the rules are different from the previously known versions pictured above. Didier Maria (thanks again!) has been kind enough to send me these rules. 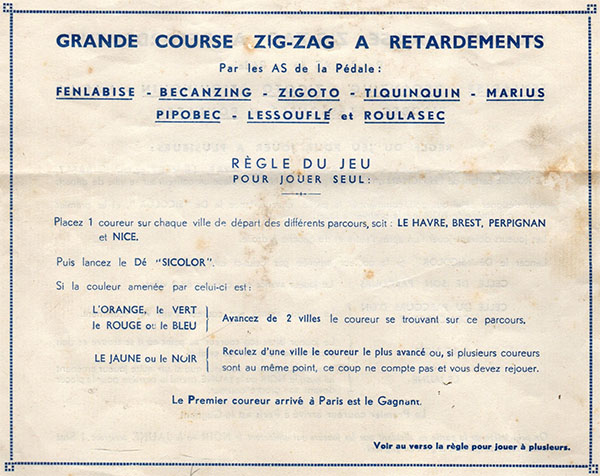 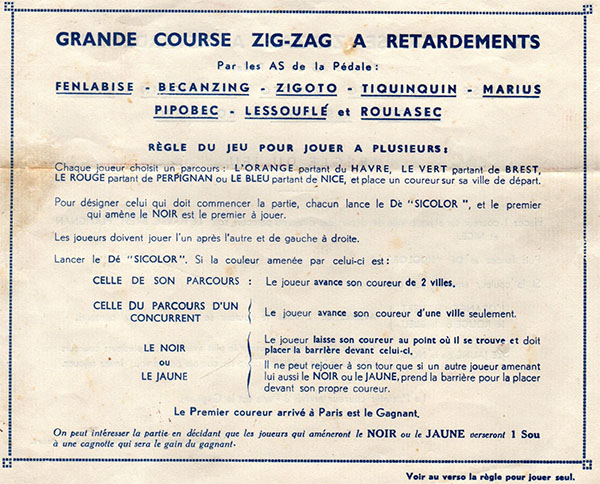 However, in the other rules (see above), the colour of the die throw has no relation whatsoever with the colour of the cyclists. I do not know which were the original rules and which the variation. What I can tell is that these newly found rules are obviously more elegant (with the other rules, one wonders what is the use of having a colour die in the first place). My guess is that these are the original rules, but further research is needed to be sure.