Another turn-of-the sixties French card game, not too formally different to other games, specially to the Publistar game. It looks like there was a fad for card games with cycling faces on them in France at the time. In this case it is a "Happy Families" game and the cards are smaller than usual: they measure 7 x 4.7 cms .

The pictures in this game are credited to Miroir-Sprint, and since there are no other candidates, I will (albeit reluctantly) consider Miroir-Sprint as the publisher of the game. By the way, I just have the cards (and not mint, as you can see). I have never seen this game in a box and I do not think it never had one, but I am willing to change my mind if proven wrong. 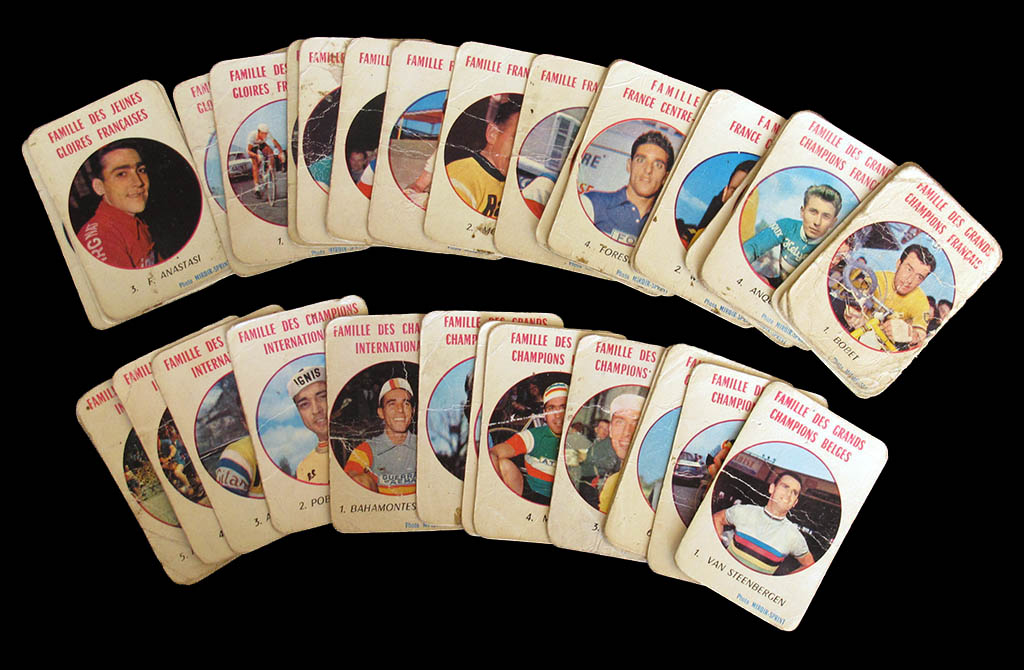 As with other similar games, dating this one approximately is not hard  but being precise is more tricky. Most of the riders featured were at their prime at the end of the 50s, and some of the riders that should have been unavoidable in the deck by 1961 or 1962  are not featured (I am thinking of Rick Van Looy, who won the World Championship at the end of the 1960 season, and again in 1961). Furthermore a couple of cyclist featured in this deck ended abruptly (and tragically) their careers in 1960 (Roger RiviŤre and Gťrard Saint). One would tend to think that the game should have been produced before this accidents.

But on the other hand the deck also features youngsters (I mean, at the time) who were not to be famous until a little later (like Rudi Altig).

The families in this game are organised by national and French Regional teams, as were Tour de France teams until 1961. However, some liberties have been taken. There were never a Bretagne or a "Jeunes Gloires FranÁaises" team. Roger Walkowiak was never part of the Centre-Midi team (which actually existed and took part in the race between 1958 and 1961). So, let's take it with a pinch of salt and use this game as what it is (a family game) and not as a cycling encyclopaedia. 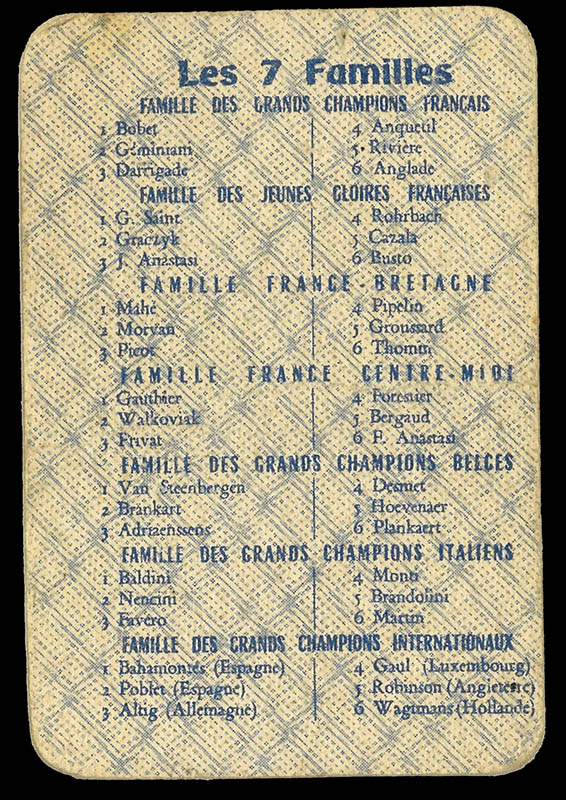 As I have written elsewhere, French Happy Families games have families of six cards, unlike the ones in Anglo-Saxon countries where families are of 4 cards.