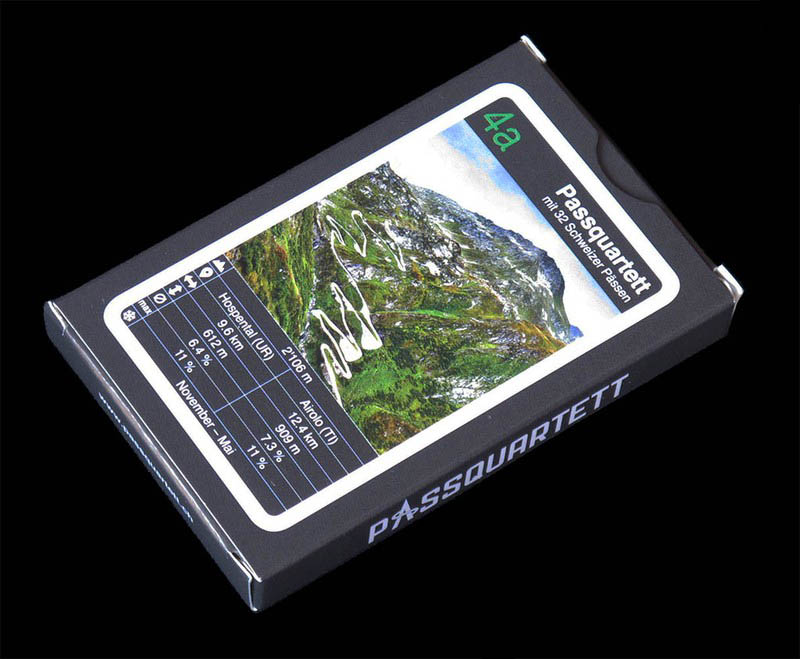 This is a card game by two Swiss brothers who are selling cycling jerseys of Swiss mountain passes at their website, and who have decided to launch a card game on the same subject. It is the second game dedicated to cycling climbs in the last few months, and of course I am not going to say which one I prefer. I like them both. You can compare them by yourselves. You can even buy them both for a better comparison ;-) 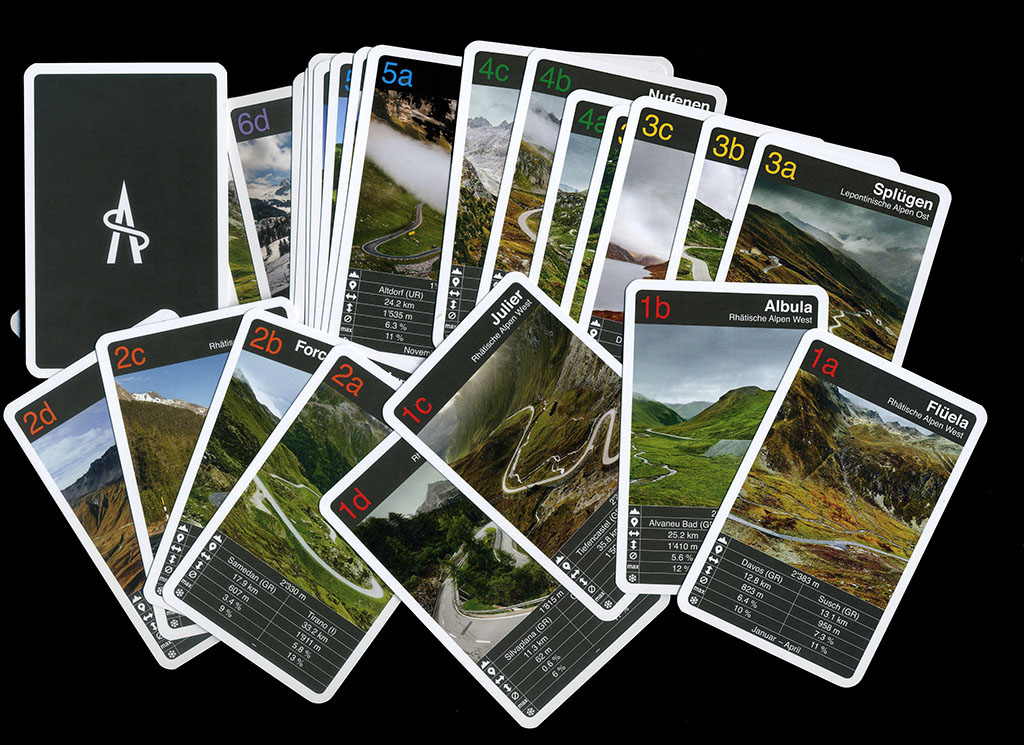 The game can be played as a quartet ("Happy Families") game or as trumps ("highest values") game. It eatures 32 cards, each one of which presents both sides of a Swiss mountain pass.To play the trumps game, players have to decide before the game starts if they are going to play with the rioght or left side of the card, so in fact you have two trumps game in one.

By the way, the  rules of the game (do you really need them?) are in English and German. 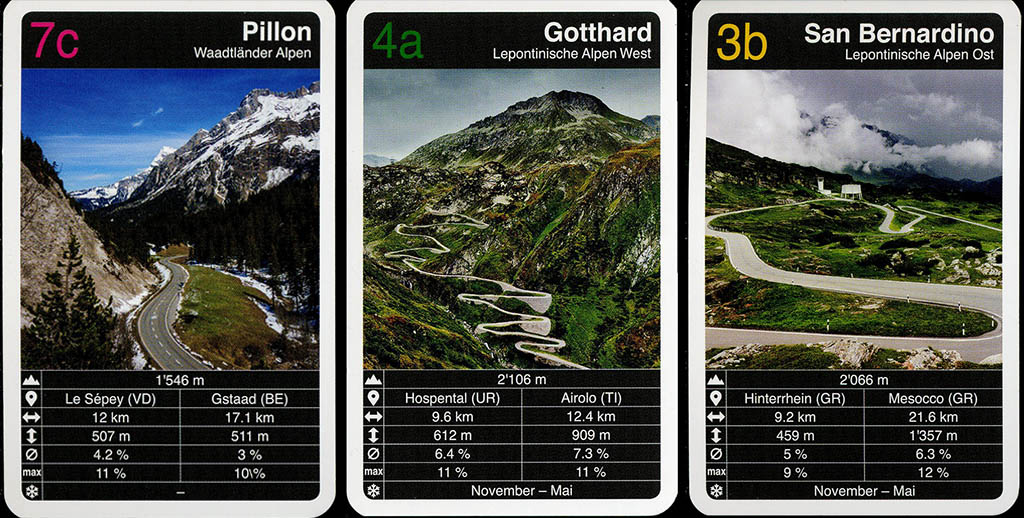 Having been is Switzerland only two or three times, I do not know all the passes, but of course some are quite well-known. They even appear on other Swiss cycling games (like this one or this other one)

Here are the categories of the trumps game explained. Naturally, the winter closing months are important to know if you are going to climb the passes but they are quite useless for the trumps game... unless you use them to decide when you'd rather stay at home and actually play the game!

Buy the game (or even maybe some cycling jerseis) here

Thanks to Gaspare and Pietro for sending it.