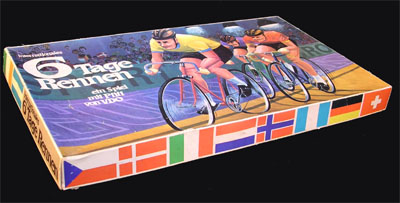 Promotional track cycling game from Germany. This is not a game from former Eastern Germany (as I thought), but a promotion game of the big automotive engineering company VDO. (Thanks, Siegfried, for the correction). The game itself is not specially interesting, it is remarkable just for the Speedometer (a spinner, actually) used instead of a die, and the Totalisator (a cardboard lap and points counter). 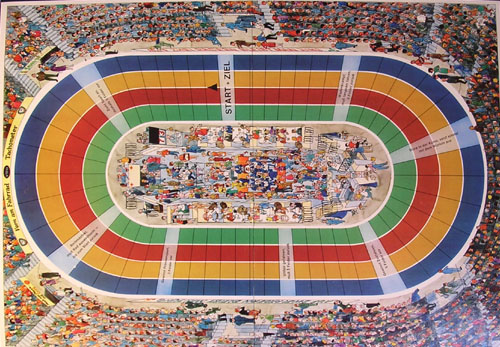 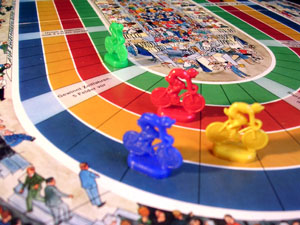 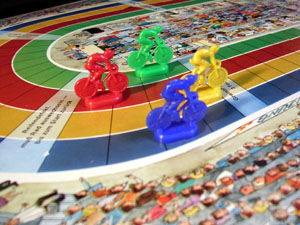 The speedometer and the totalisator:

By the way, here is a board from Miro's "Les 6 Jours"... Can't you see some similarities? 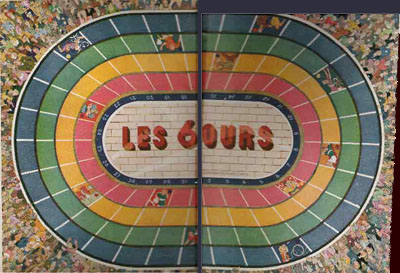