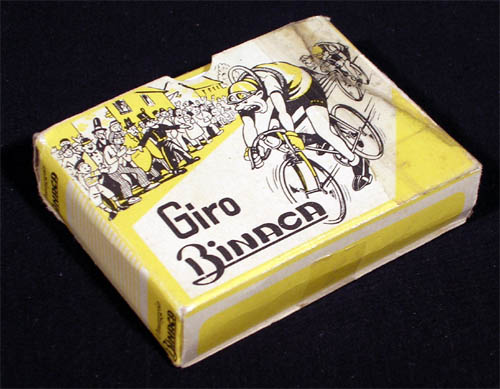 A nice italian promotional game for Binaca toothpaste. A deck of cards, actually, it turns out to be an interesting game for two players. It consists of 15 road cards of three kinds ("salita" -ascension-, "discesa" - descent" and "pianura" -plain"), which are placed at random making every stage different. The rest of the deck are movement cards: 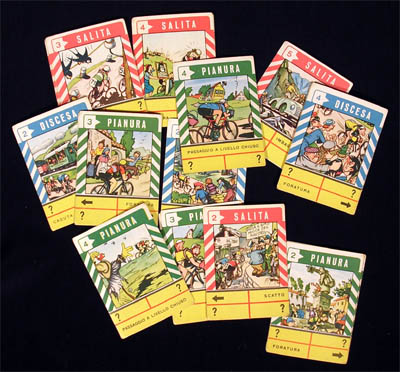 Each player is dealt 14 movement cards (10 "surprise cards are left on the table as replacements) with which he will try to finish the stage. The mechanichs of the game are quite original. The two players sit side by side and simultaneously play one card per turn. The cards are placed side by side and the arrow on each player's card marks the other's player action. 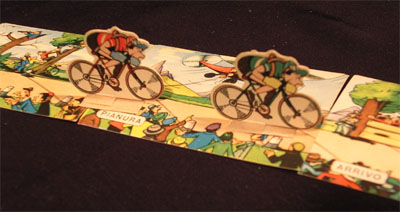 Of course, a modern approach could make a much better game with this idea (the distribution of the arrows on the cards is somewhat odd). Someday I may try a reworking of this one. In the meanwhile it remains one of my favourite cycling games. 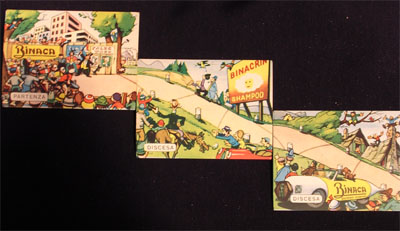 There is a modern reissue by Edizioni Lo Scarabeo. The cards (including a biograph of Sebastiano Craveri) must be cut out from a booklet: 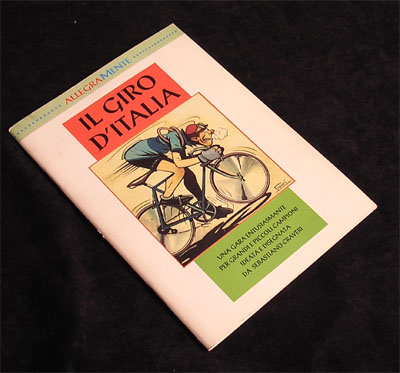 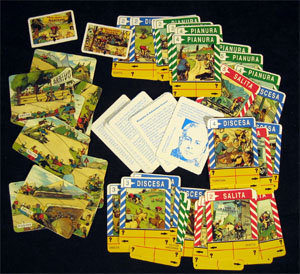 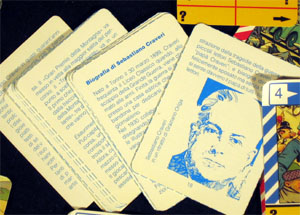