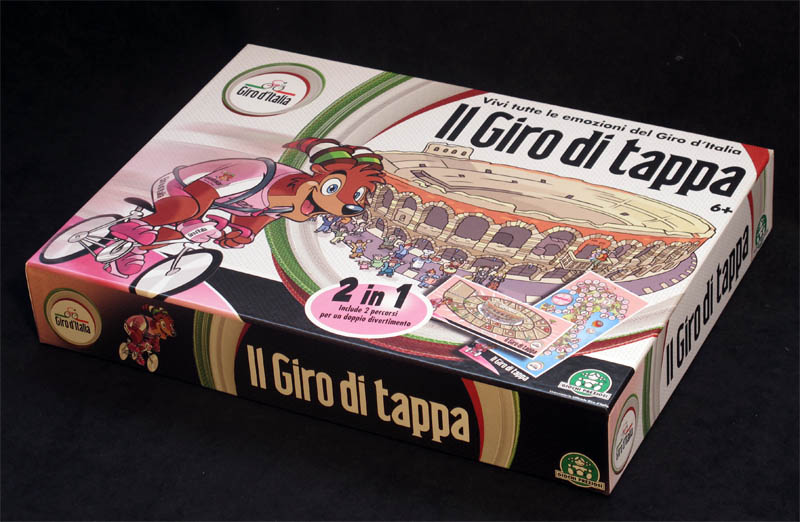 Childrens' game that somehow has managed to be offical Giro d'Italia merchandising. It is quite big and well produced. I mean, the carfbioard is of good quality, and the game looks better than I expected when I saw it on the Giro's website. This said, it isnot so interesting, of course.

On the squares marked accordingly the players either miss a turn, throw again, go backwards... No possible strategy, just another throw-and-move game for 6-year-olds. But in this category, a nice one.

This is Girbecco, the Giro's official mascot.