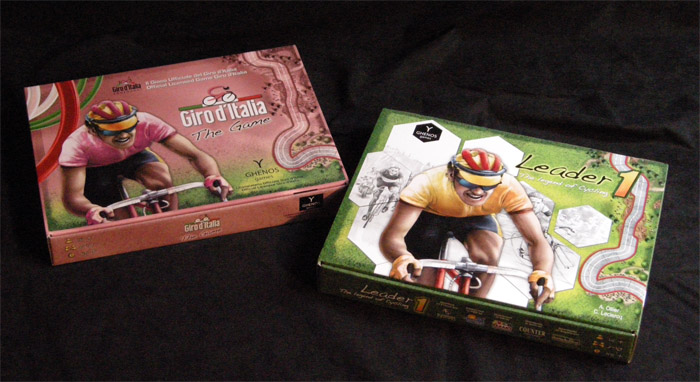 A reprint of Leader1 for the Italian market. The rules are basically the same, but now we have rules for a time trial stages (both individual and team time trial), and a set of "special cards" which are distributed at random between the riders, are played only once per stage and then discarded.

Of course, detailed plans for reconstructing evewry stage of a full Giro d'Italia are provided. However, at ca. 45 minuts per stage, this may be too ambitious. 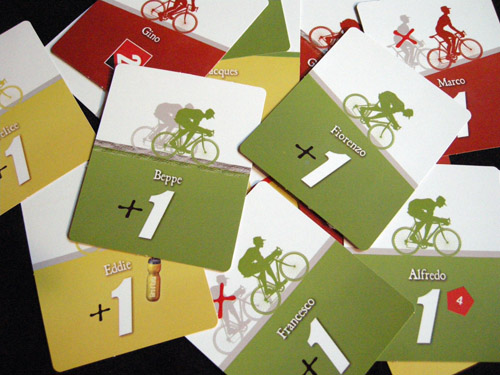 Ghenos simiultaneously released a "card game" version. It is not the same game, though many elements are common.

More info on this series here: www.ghenosgames.com
Interesting rules variation by Daniel Kazaniecki (known as "Leader 2") downloadable from Boardgamegeek, along with many race configurations and other variants