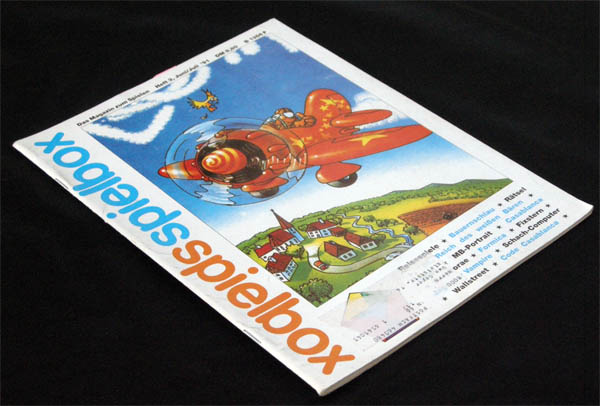 Cycling game by top game designer Dr. Knizia. It was included in june/july 1991 issue of the Spielbox magazine. It is a highly tactical game "of no chance" for 2 to 4 players who manage a team of four riders. The race consists of a one-lap race around a hexed circuit (though longer races are possible, as well as designing your own boards).

Each player has 4 cards (values 3, 5, 6 and 8) to assign to each player in each turn. There are also some bonus chips (which allow to move an extra space) which the players can play if necessary, but which rest to the final game score if they are spent. There is a simple drafting rule (three extra squares fotr the rider who has the right to draft). The full card value does not need to be used. 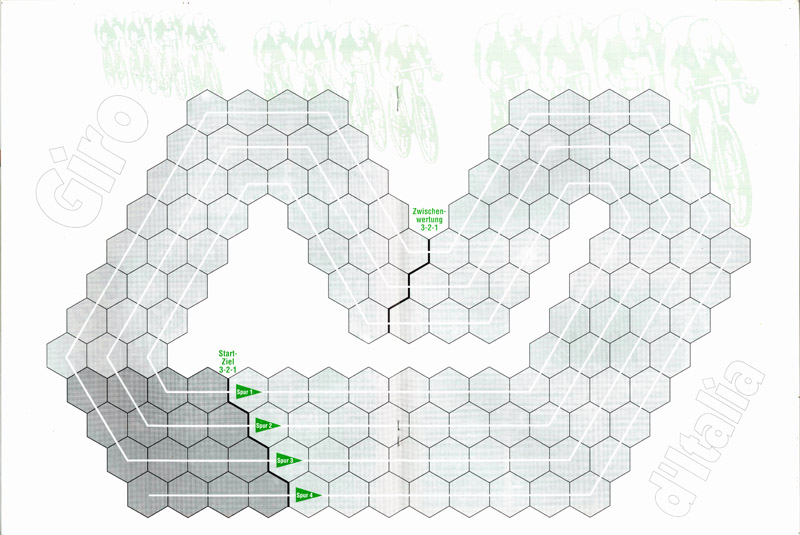 As is usual with Dr. Knizia's games, the scoring condition is quite ususual (the famous "Knizia twist"). Both at the intermediate sprint and at the finishing line, first riders (on a first-past-the-post basis) are awarded 3, 2 and 1 bonus chips, which can be used (even during the same turn) or kept for the final score. 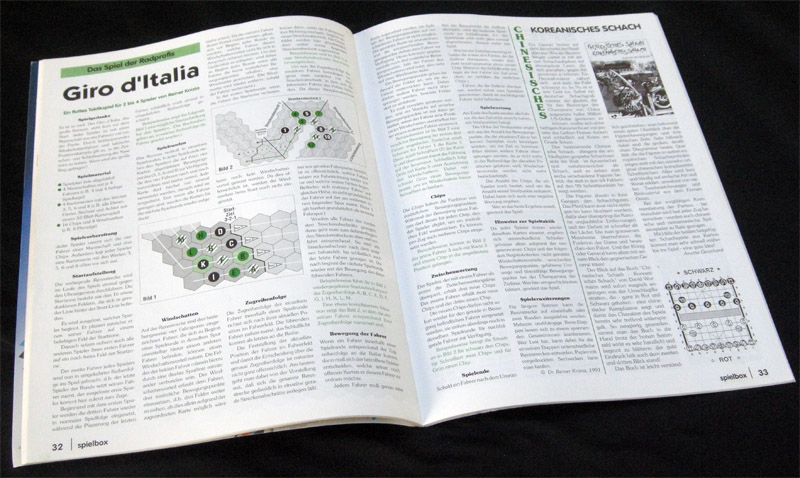 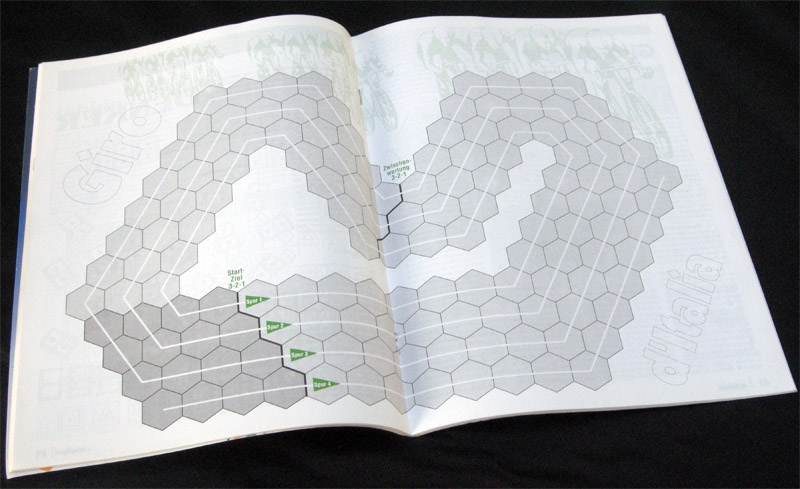