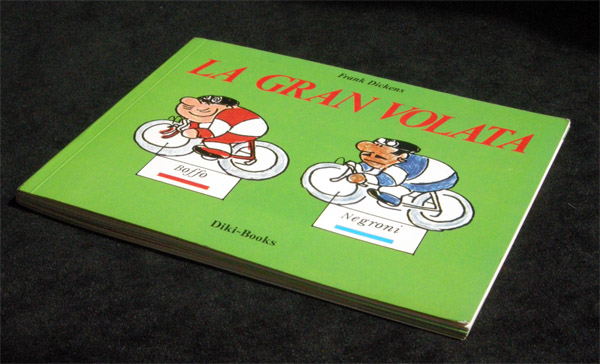 Small italian cut up book. It just measure 16x12 cm. You are supposed to cut it (including the cover and back cover, where  there are two riders. When everything is cut (no, I did not cut mine, I just scanned it), you will have 5 teams of 2 riders (plus an extra rider in case you lose one), and twelve two-sided track elements, with which you can play two different races.

The green track is used for the individual race (one cyclist per team) over a course of 108 squares. It is played with a dice (a cut-up spinner is also included in case you don't have a die), and with a six on the die you get an extra throw. As is usual in this kind of games, some race incidents or advantages are incribed oin some squares. The only special rule is for the level crossing. When a rider arrives exactly on the square 74, the crossing is closed (you place the train accross the track) ans stays closed for three turns unless the player who is waiting throws a 1 on one of these turns. 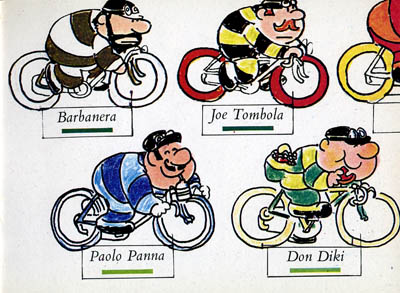 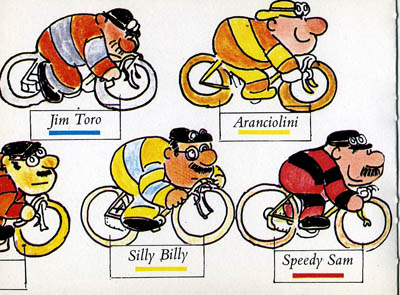 The red track is shorter ( 75 squares) but the race is supposed to last two laps. It is a team race, with 2 riders per team. With a six you still have an extra throw, but the other ciclist in the team also advances six squares. When a cyclist joins his teammate, both advance an extra square (which is the simplest drafting rule I have ever seen). The rules for the level crossing are the same.

The book encourages to make your own house rules. 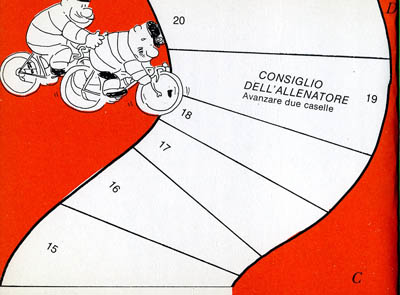 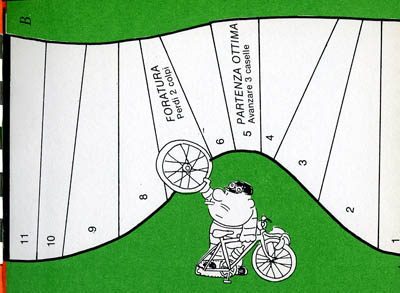 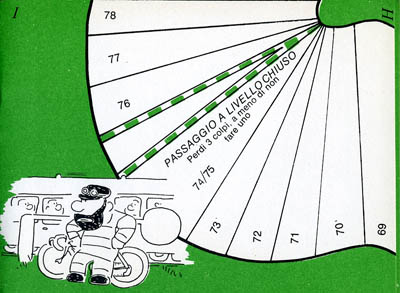 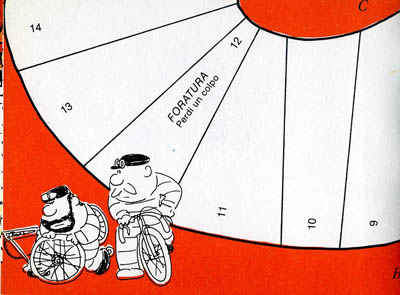 The train for the level crossing 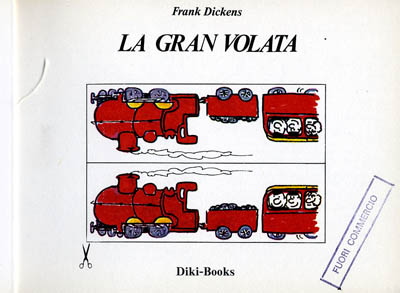