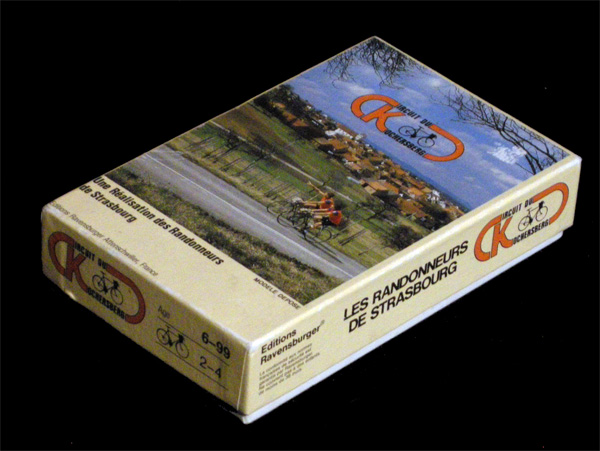 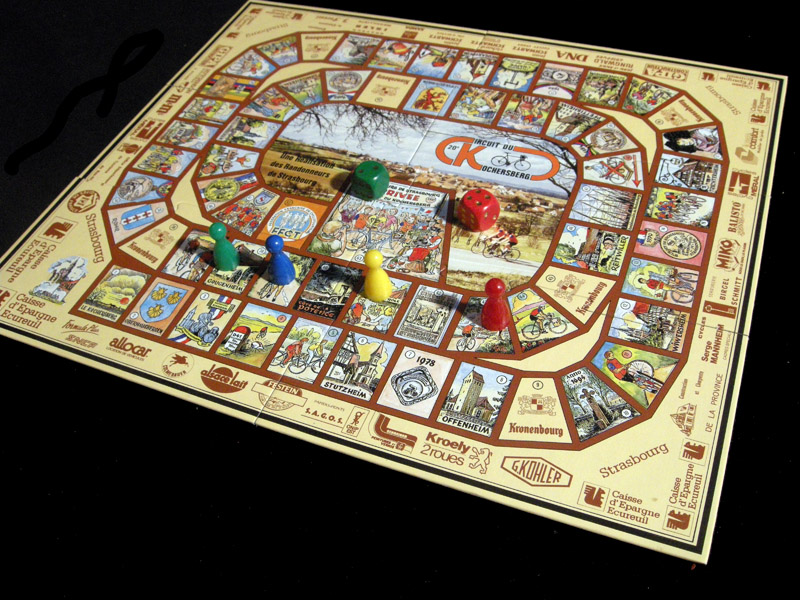 To fit in the small box the game is divided in six parts, puzzle-style 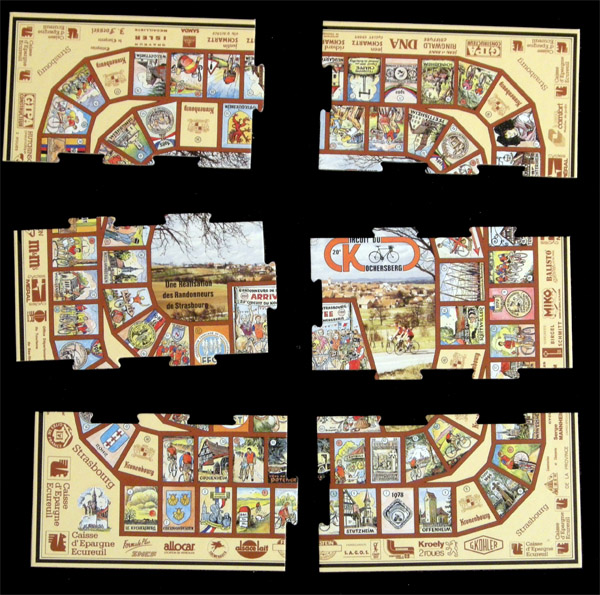 Nice drawings by a certain Jean Schwartz and many ads 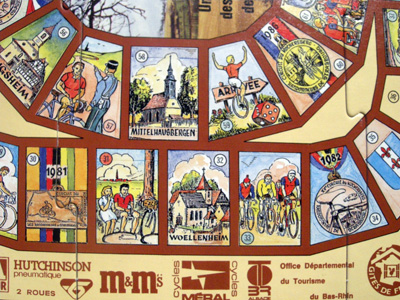 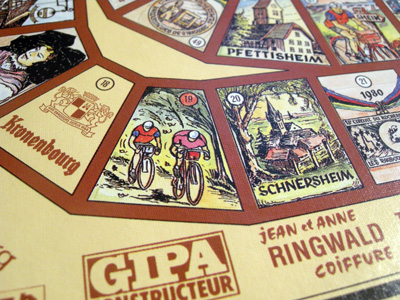 And a thick booklet (with some more ads). 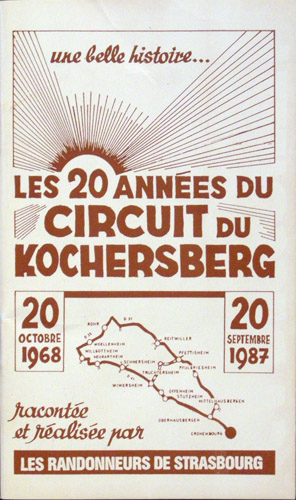 As a curiosity, it looks like the game is still for sale (at 50 euros apiece, according to http://www.circuitdukochersberg.org/historique.html)