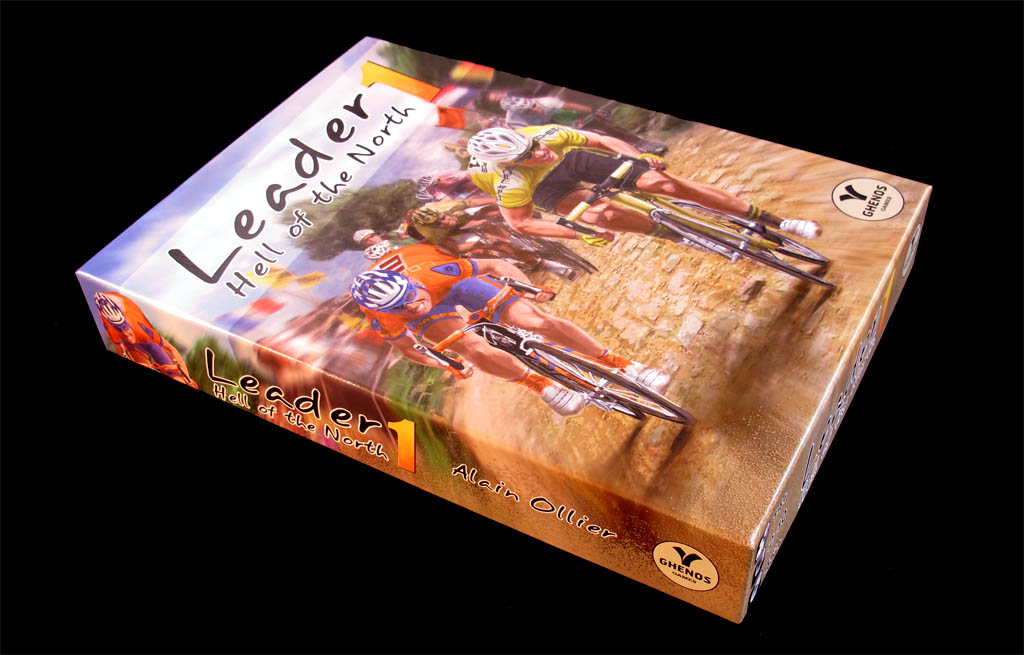 A revised version of Leader1. This was supposed to be an extension for Leader1, but is a new stand-alone game, though the materials of the game are retrocompatible (can be played or mixed with the ones in Leader1 and of course in Ghenos' Giro d'Italia).

So, what's new? First of all, the game is supposed to be a one-day race. It still has rules for stage races, but these are only quickly sketched at the end of the booklet. The tile and counters for stage races are not present.  By the way, the rules' booklet is better structured, IMHO, and rules in Dutch and Spanish are back in the rulebook. (They were not present in the Giro game).

Then te are a few cosmetic changes, like the new (and cuter) cyclists and a custom-made D12. There are only 12 cyclists instead of 15, but the former rules said that no more thant 12 rides should be used anyway.

More important, we find new types of terrain (pavés, of course, and also treacherous asphalt) as well as weather conditions. Also, a third quality ("attaccante", "baroudeur", translatesd as "fighter") has been added to those of sprinter and descender, which are given to riders. No riders without extra qualities now. And cracking and falling costs less energy than it used to. 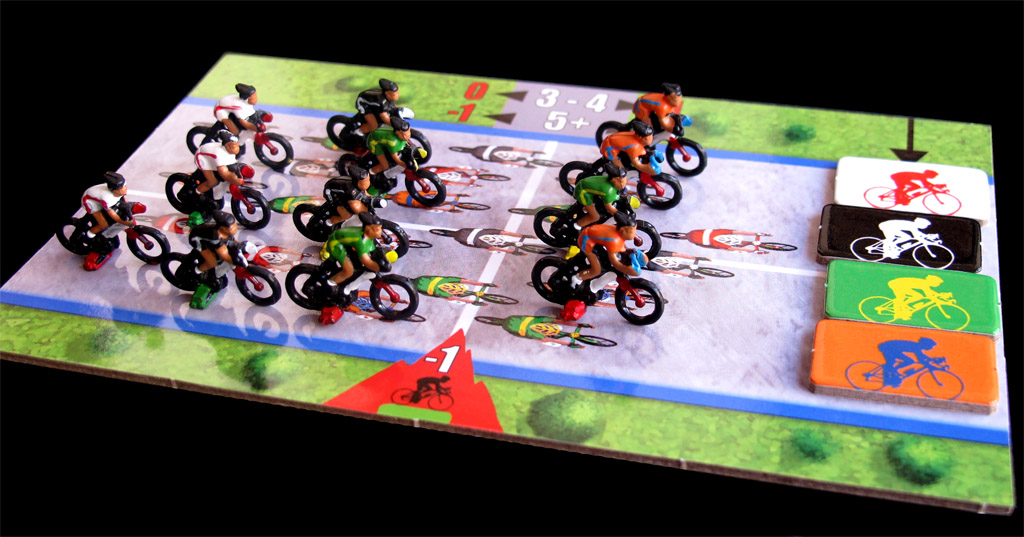 All these changes are good for the ambiance, and do change the game, but could have gone as an extension to Leader1. What is really an important change is the peloton tile. Now the riders who are not in a breakaway or left behind are placed on this peloton tile, which has two spaces. To be able to break away from the peloton, riders must be placed on the head of the peloton, but it costs more energy to be there. As in real cycling, the end of the peloton is a safety zone where it is easier to ride, but where you are further away from the action.

Another peloton-related important change are the 4 coloured counters that are placed at the front of the peloton. These represent the rest ot the team. The French version of the rules state that they represent "seven support riders grouped in one token". The other languages are not so precise. They have their own energy points (called "pursuits").

My first impression is that all these changes make a better game. 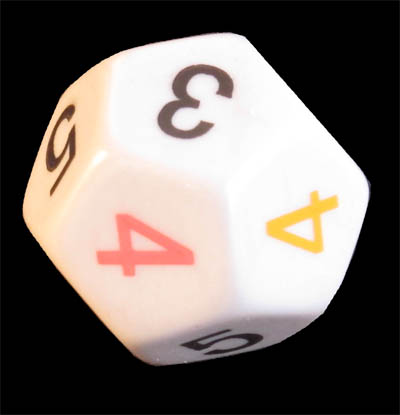 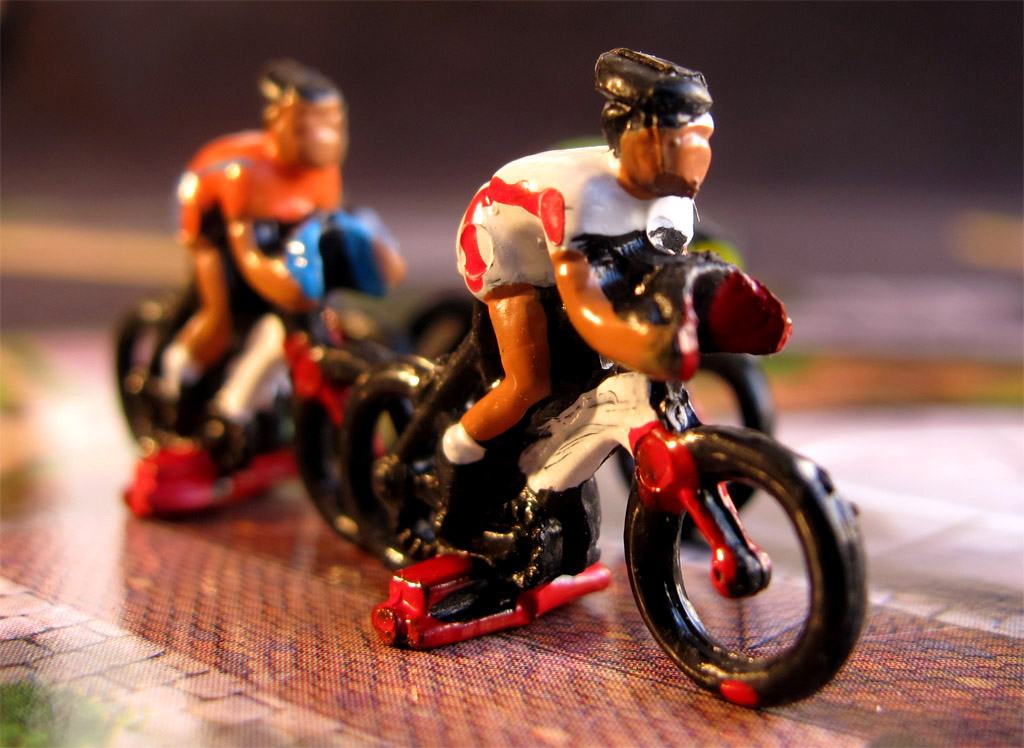 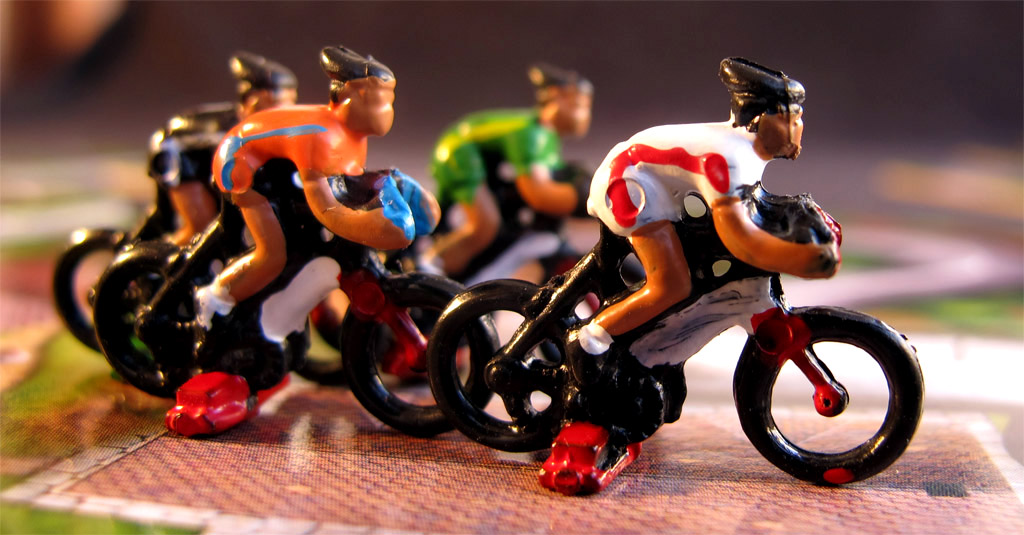 By the way, though in purity it is not so, I consider this a game about Paris-Roubaix, and so I will add it to the "actual races" category. I therefore add it to the "one-day races". Finally, I will consider it primarily a French game though Ghenos is Italian.