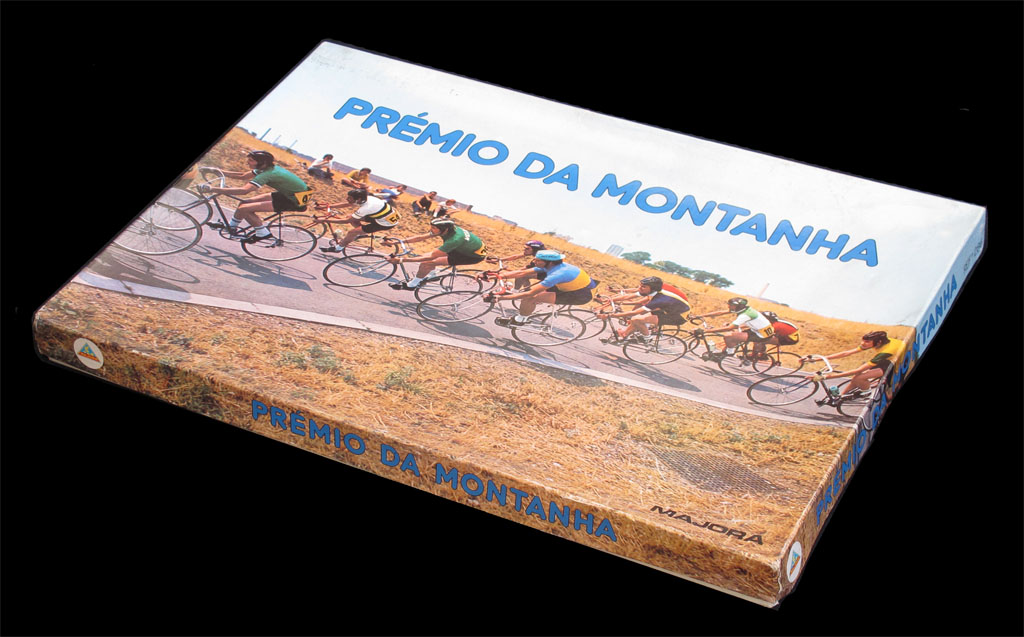 Portugal's game industry is little known, and what you find there are mostly cheap translations of international games, but there are some exceptions, among which is this game, which is absolutely original.

The game is unusual not only because it is portuguese, but because it represents an uphill race. I do not remember any other such game (the closest being Bajando el puerto, which represents a downhill race, though it is a much simpler game). 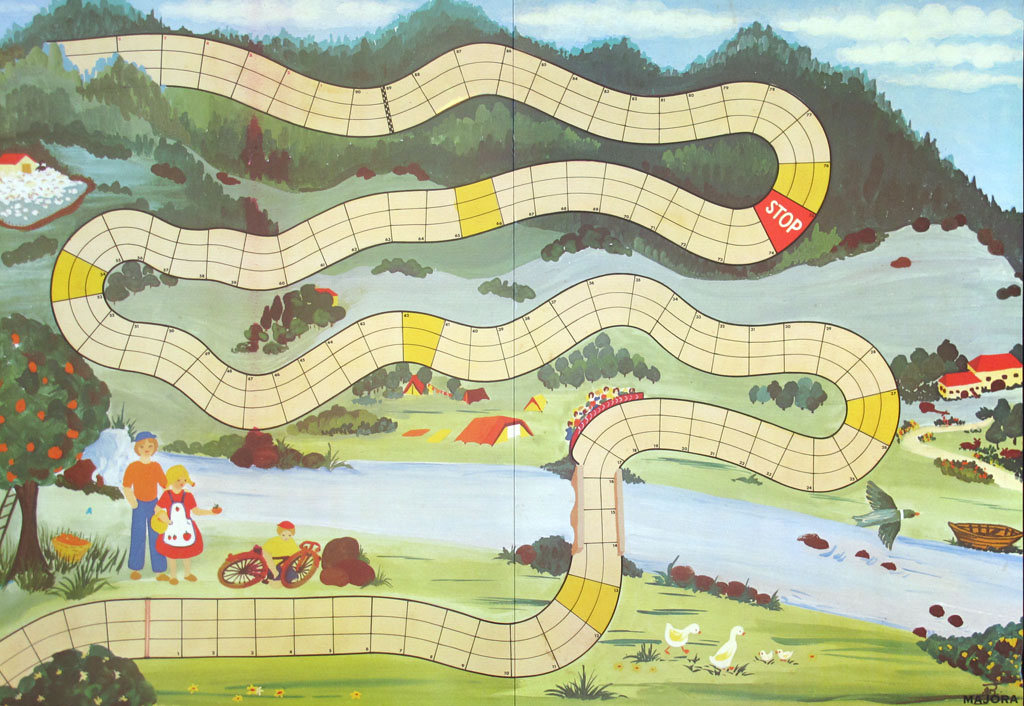 The game features cards numbered from 1 to 6. Each player receives 6 cards and the rest are placed face down forming a stack. On their turn, players play a card, advance the number shown, and then draw one card from the stack. This is so as long as they do not pass the STOP mark on the board. From this point on they do not draw more cards, having to reach the finish line with the cards already in their hand. A nice simple simulation of an exhausting climb! 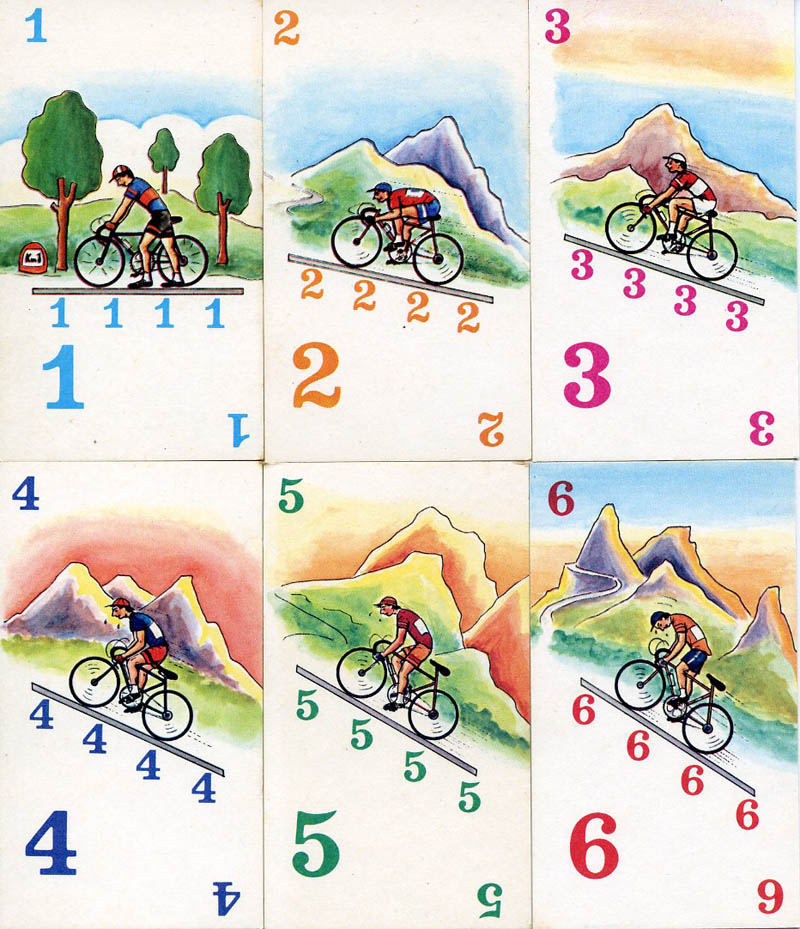 The road is three lanes wide (sometimes only two). Riders can only move forward or diagonally forward and cannot pass over other plriders. If the road is blocked, they lose the rest of the movement. 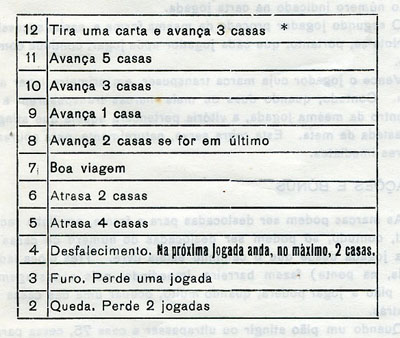 Riders stopping on one of the darker (yellow) fields must throw two dice and refer to a chance table in which numbers 8-12 are positive while numbers 2-6 are negative. (Translation: upon throwing 12 you reject a card -one you don't need-, advance three fields and you draw another card to complete your hand). 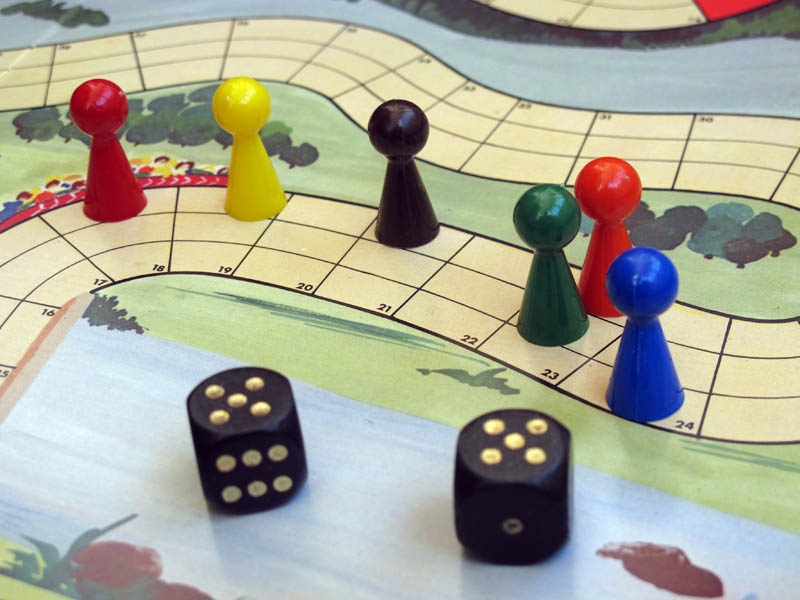 There is also a slipstreaming rule: A rider placed directly behind another rider has a bonus of one extra field in his movement. I wonder how often does this rule apply, since the order of play does not vary according to position, but is established at the beginning of the game, with which you need a rival to place himself before you in order to benefit from this bonus.

There is another bonus in the rules: A rider alone at the front of the race (with no other rider at his side) has a bonus. He may draw an extra card before moving. Then he rejects one of his cards, keeping thus six cards in his hand. After that he will make a normal play and draw move.

These bonuses only apply before the STOP mark on the board. 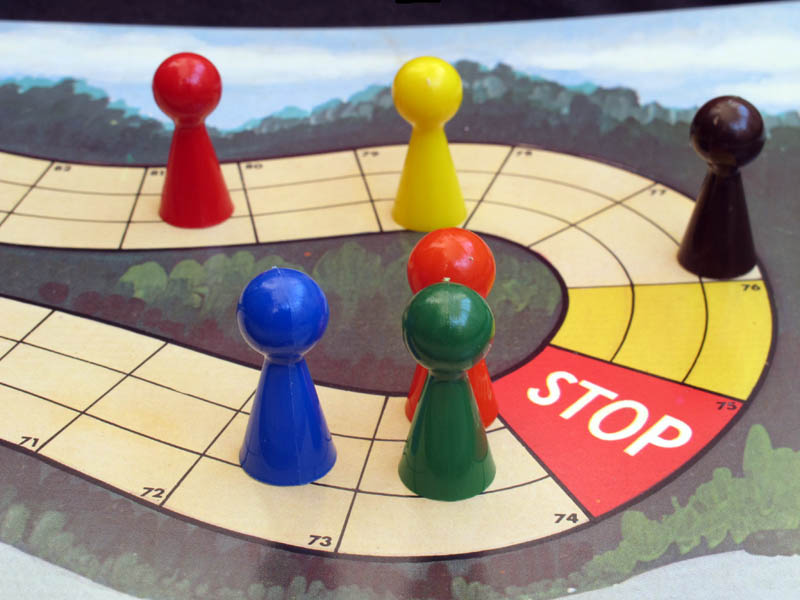 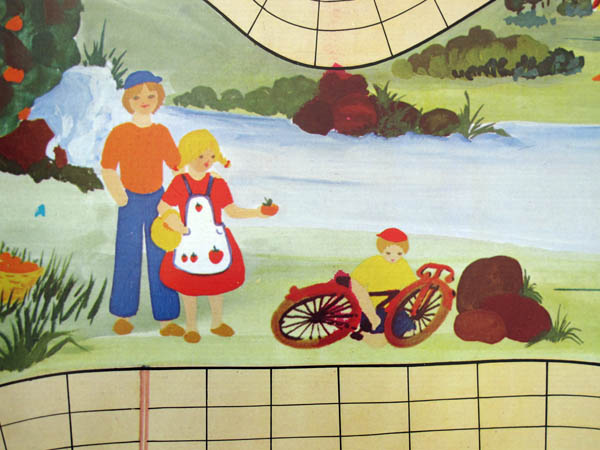 I must thank Ricardo Pinto for first talking me about this  game.