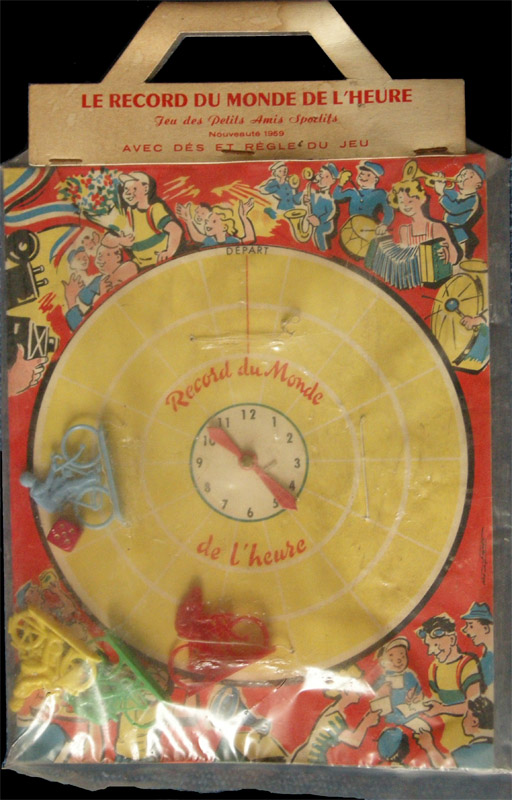 Unusual little game from Franēois Cardinet's collection, which can be hardly considered as a cycling game. Basically, the players throw the dice twelve times, add up the numbers thrown and the one with the lowest result wins the game.

The plastic riders are included just for ambience, since they are not needed for the game (the players keep track of the dice by turning the clock handles). 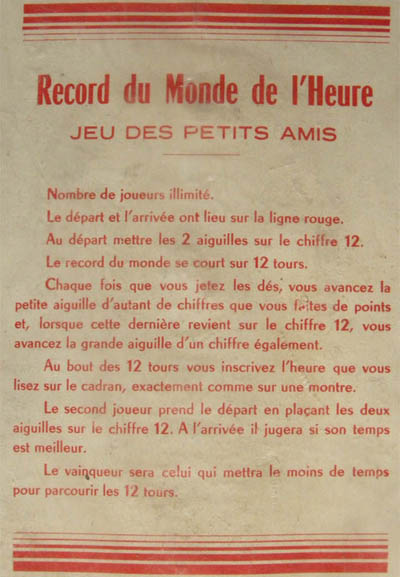 Notice that the rules mention dice in plural  though there is only one die (at least, in this copy of the game). 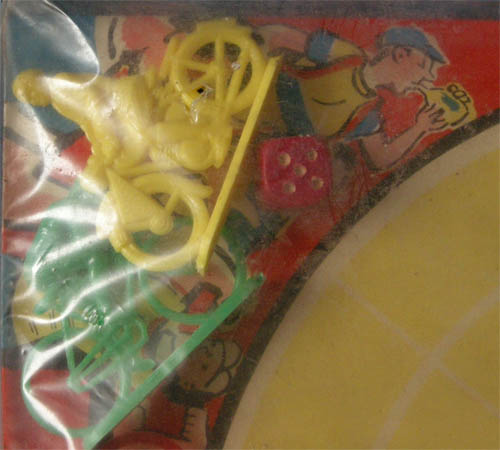 One of the figurines is not even a cyclist but a motorbike...