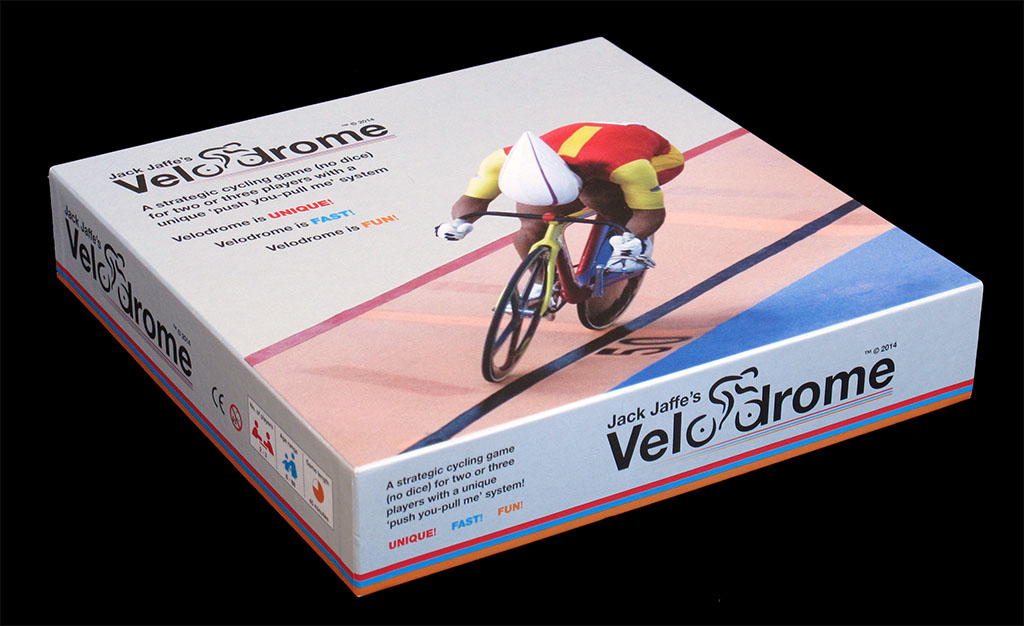 When a game is advertised as "probably the only CYCLING board game based on the Velodrome race" you know that something is wrong. When you research the game and its inventor and you find gems like this interview, you even start thinking that maybe you should not buy this one. But after all you are a collector and you get it.

The game is supposed to be played by two or three players, but most rules are oriented to a two-player game, and the third player looks like just an additional rule. (The rules, by the way, are not specially clear in some points... I have seen better written rules). 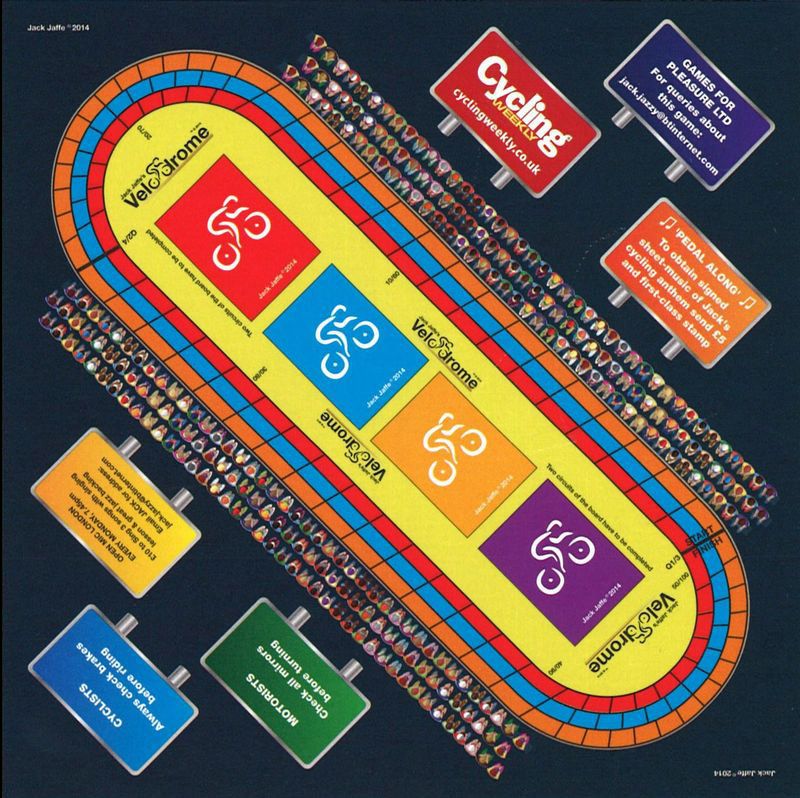 The board, as you can see, is not quite ugly, and the riders are not special, though I have always loved these. I even used them in my own game ;-) 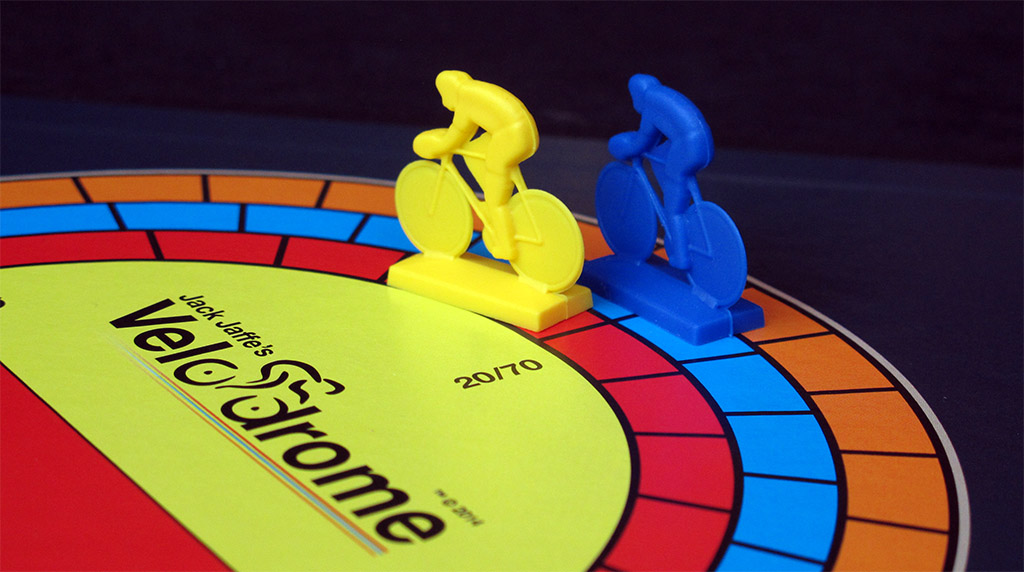 This game has some interesting and unusual features. This is the least you can expect from a game author that has not done his research and does not know the other games that have been published. Supposed to be a "strategic cycling game with an unique push and pull me system", it does not use dice, but the  players have a deck of cards each instead. The three decks are slightly different. This means that every player has a different deck but all three decks are of equivalent strength.

Not having played the game yet, I cannot tell if this works, but my guess is that it does not, since the rules suggest an option called "plus one and minus one" where players change the strenghts of their decks and then sweep the advantage for the second race. 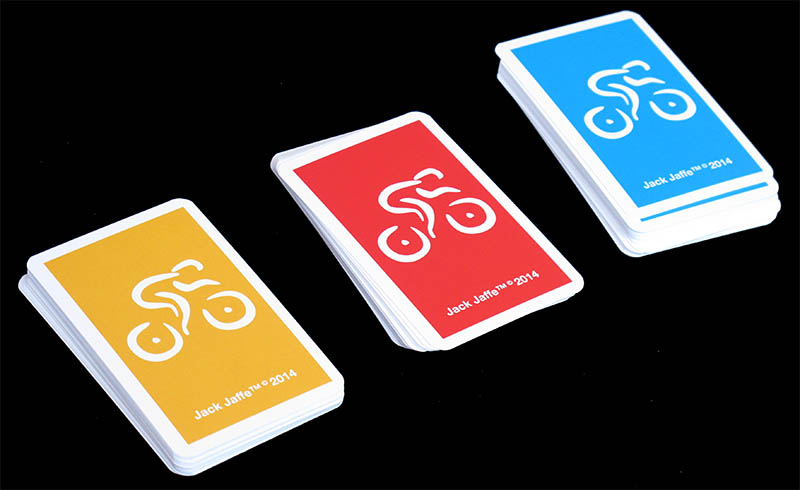 Each player's deck is composed of 24 cards, of which  14 are power cards, 6 are "bad luck" cards to be played on another player, 3 are "approved painkillers" to counter bad luck cards (1000 Bornes-like) and four are "quadrant cards" which have to be played compulsorily one in each quarter of the two-lap long. Three of the eleven power cards have two values. The player can choose whichever seems best. 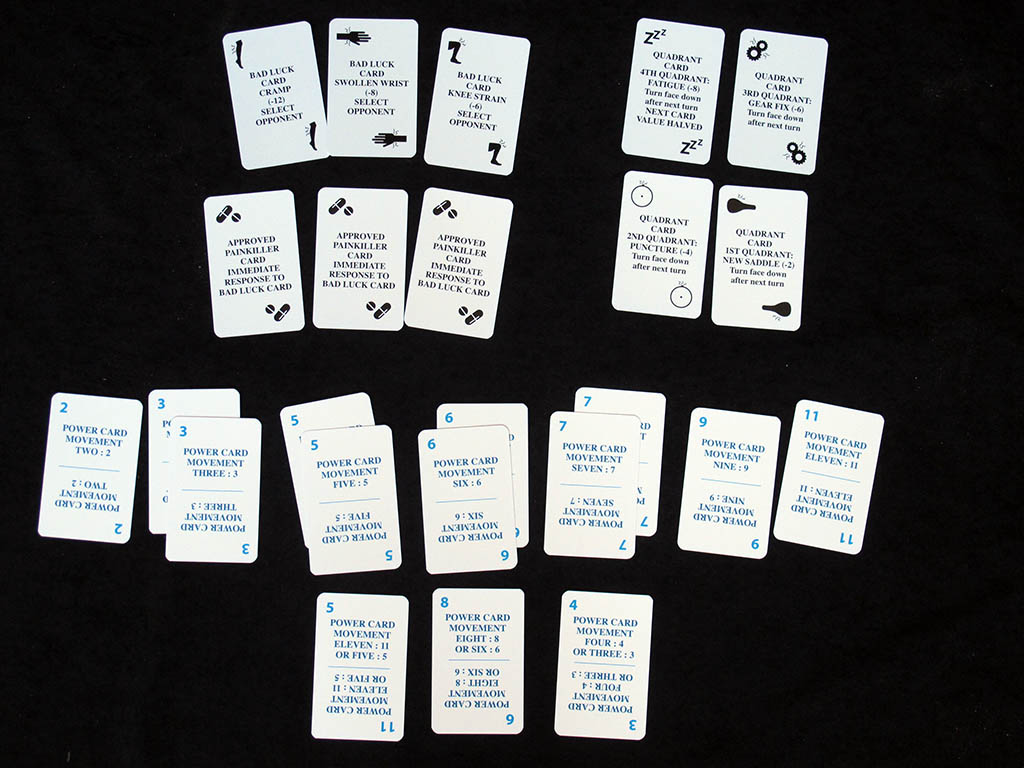 Here is one of the decks.

Another unusual feature is that the player adds up the value of his and his opponent's last played cards to determine his move. While unusual, I do not see the interest of this rule. I repeat that I have not played the game. The problem is that it might take a long time before I do. I am sorry to say that if I had to describe this game with one word, this would be "uninviting".