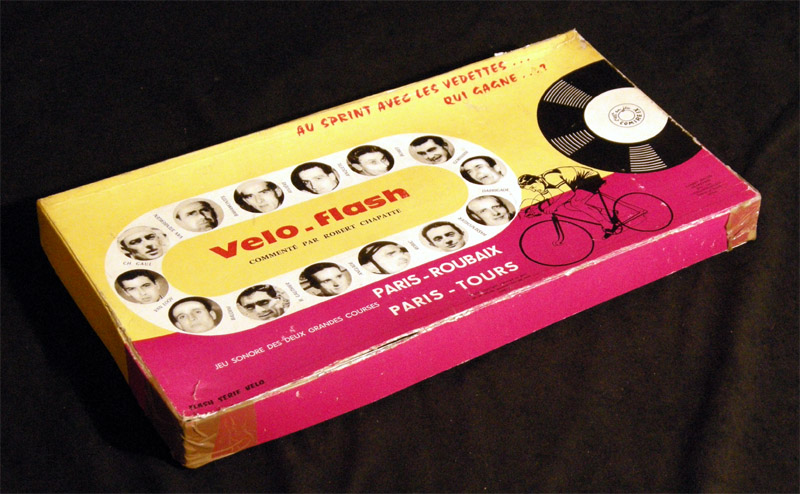 "Jeu Sonore des deux grandes courses cyclistes. Commenté par Robert Chapatte. Paris-Tours, Paris-Roubaix". This one includes an aleatory record (see below), which is enough to make it one of my fetishes, even better than Les 45 Tours de France .

In case you never heard of Robert Chapatte, he was a former Tour de France rider, one of the most respected French cycling journalists, and the inventor of Chapatte's Law. 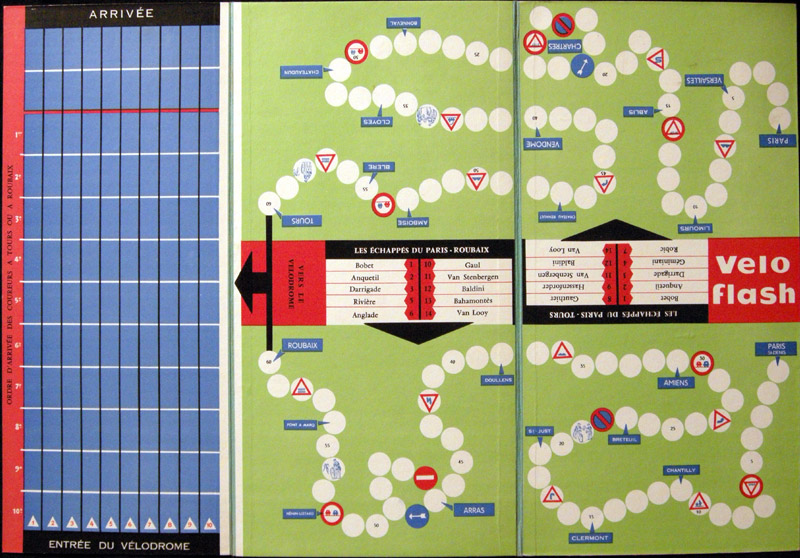 Contents of the big box. 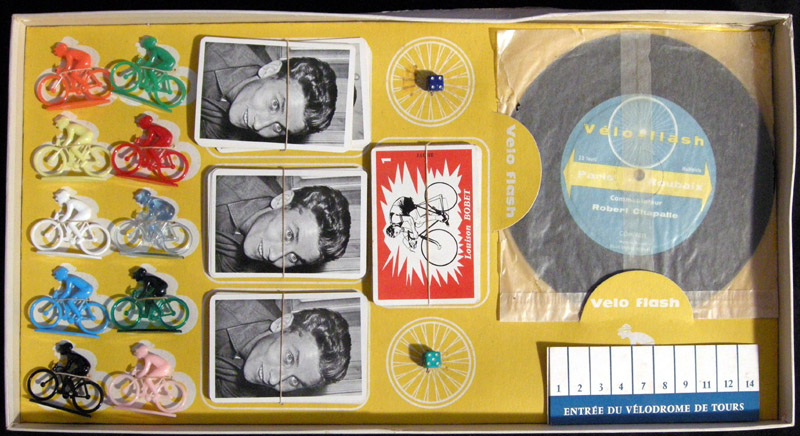 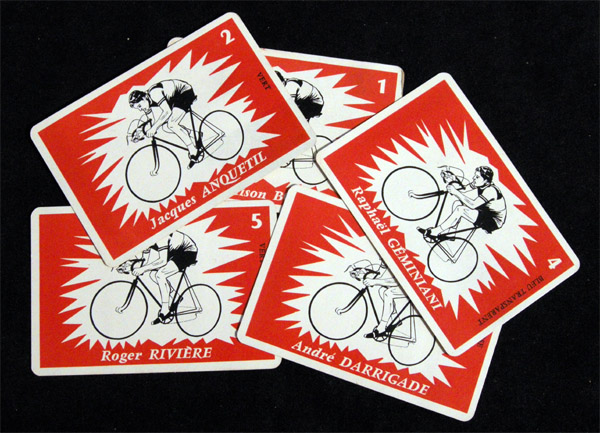 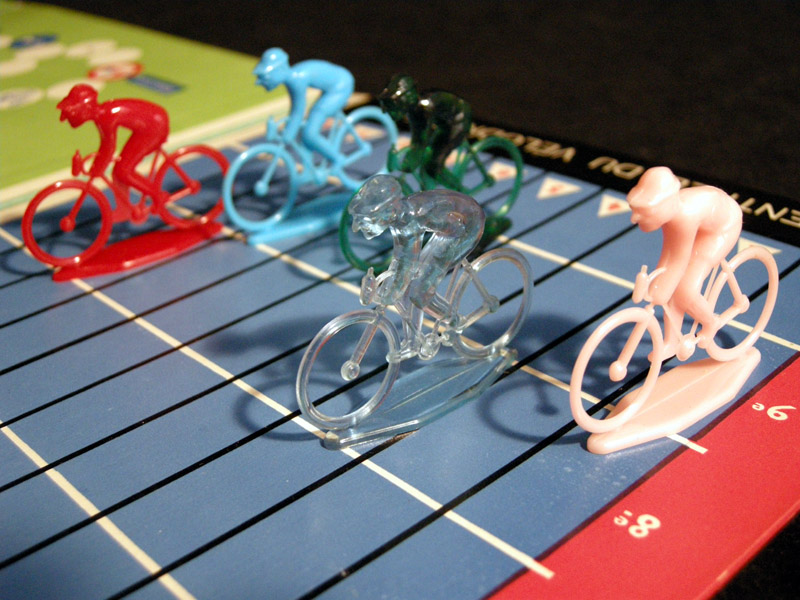 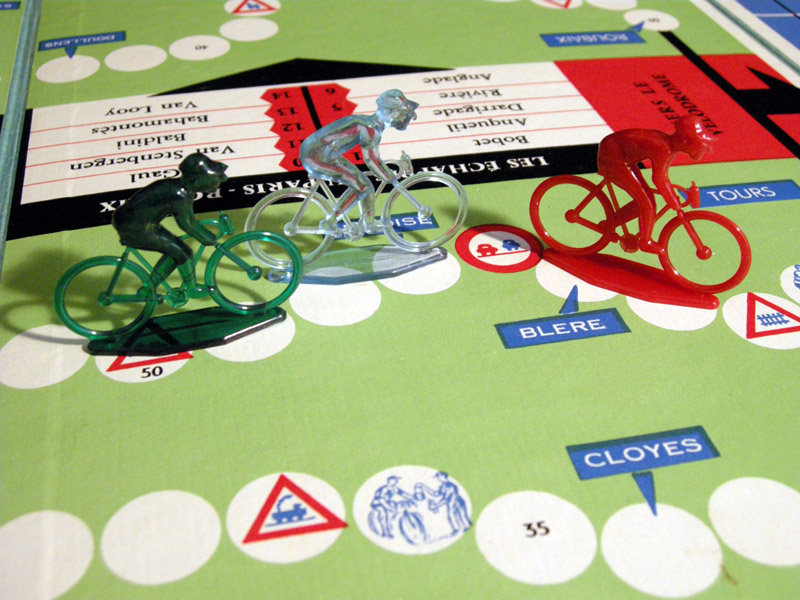 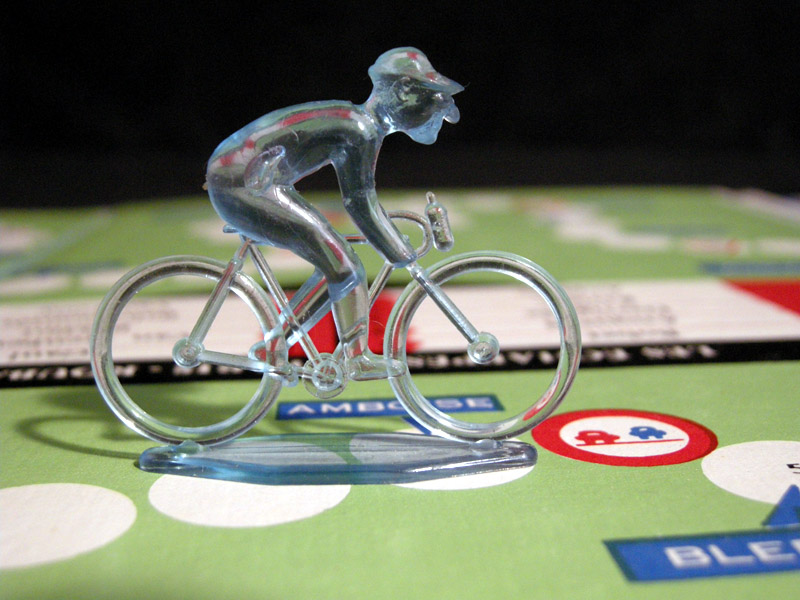 The game also featured collectible cards for the 14 cyclists. There were three cards for each rider, and they were supposed to be given as a prize to the player who won the game with that particular rider. 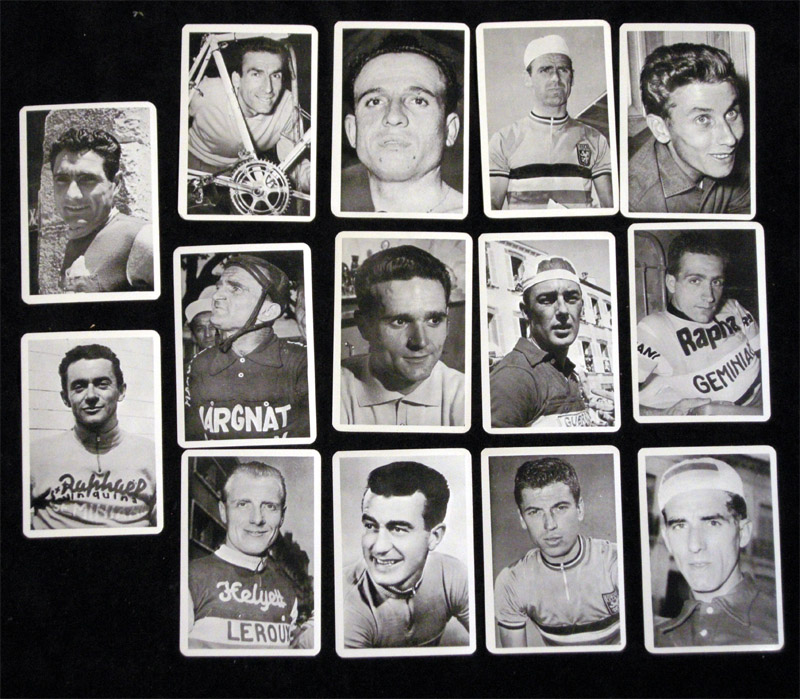 There are two editions of the game.  This is the smaller box. 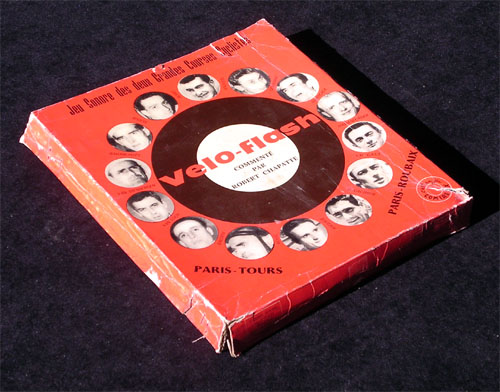 Compare the sizes of the two boards: 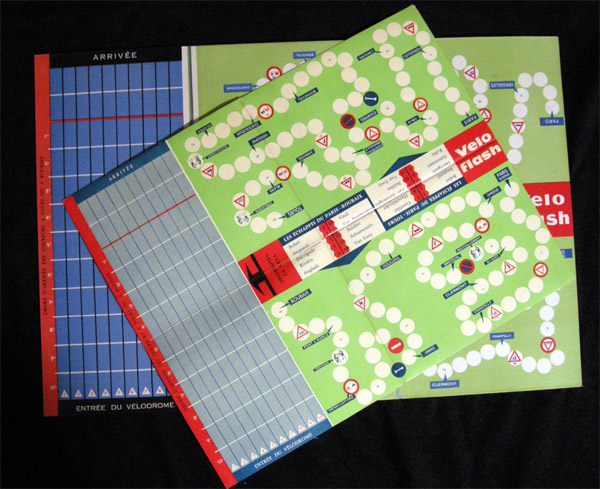 The smaller box does not have riders but simple counters. It does not include the collectible premium cards either. 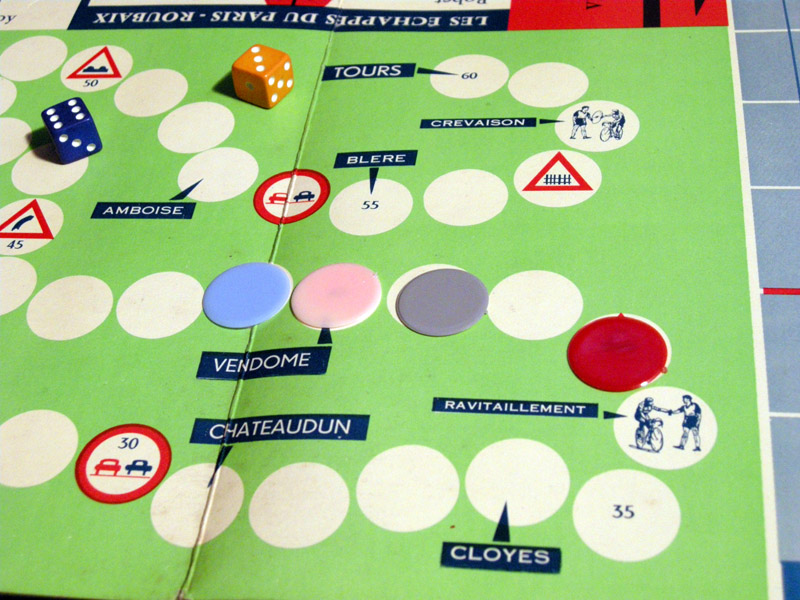 Some details are different between the two boards: 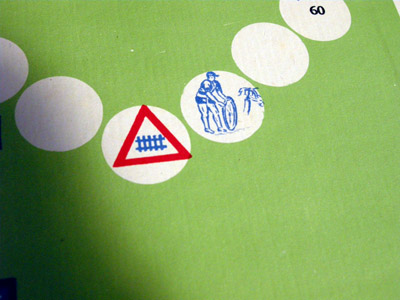 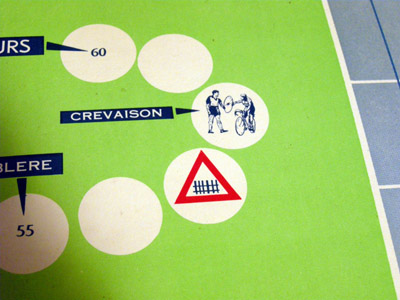 Although the recordings do not change, the two versions of the game have a record with a slightly different label. The one with the red arrow is from the smaller box, while the big box has a record with a yellow arrow (see picture above). By the way, I have discovered that the record included in my big box is misspressed: you can hear four different consecutive winners for each race. I wonder if all the edition has the same mistake (any owner of the game still has a record player?) My record with the red arrow is OK. 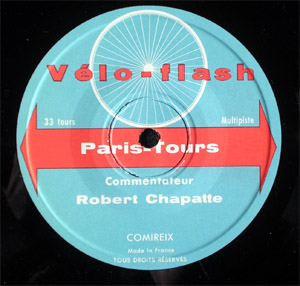 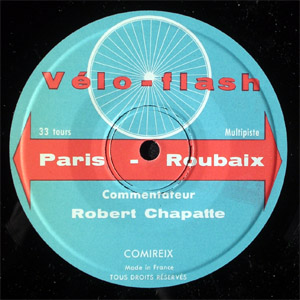 In case you want to listen to the contents of the record, I have digitised it. This has been quite time-consuming, since this is an aleatory multi-track record (see below) with 10 tracks on each side. Recording the first few tracks on each side is not a problem, there are few repetitions, but once you have 9 tracks recorded, you just have one chance out of ten to drop the needle in the missing track. (And this for both sides of the record!)

If you want to actually play the game, you will have to find the way of playing just one of these files at random or else  burn these files to a CD (a different CD for each side of the record, actually) and play it using the "random" feature of your CD player.

CLICK HERE TO DOWNLOAD THE CONTENTS OF THE PARIS-TOURS SIDE OF THE RECORD
(ZIP FILE CONTAINING 10 MP3s, 6 Mb)

CLICK HERE TO DOWNLOAD THE CONTENTS OF THE PARIS-ROUBAIX SIDE OF THE RECORD
(ZIP FILE CONTAINING 10 MP3s, 6 Mb)