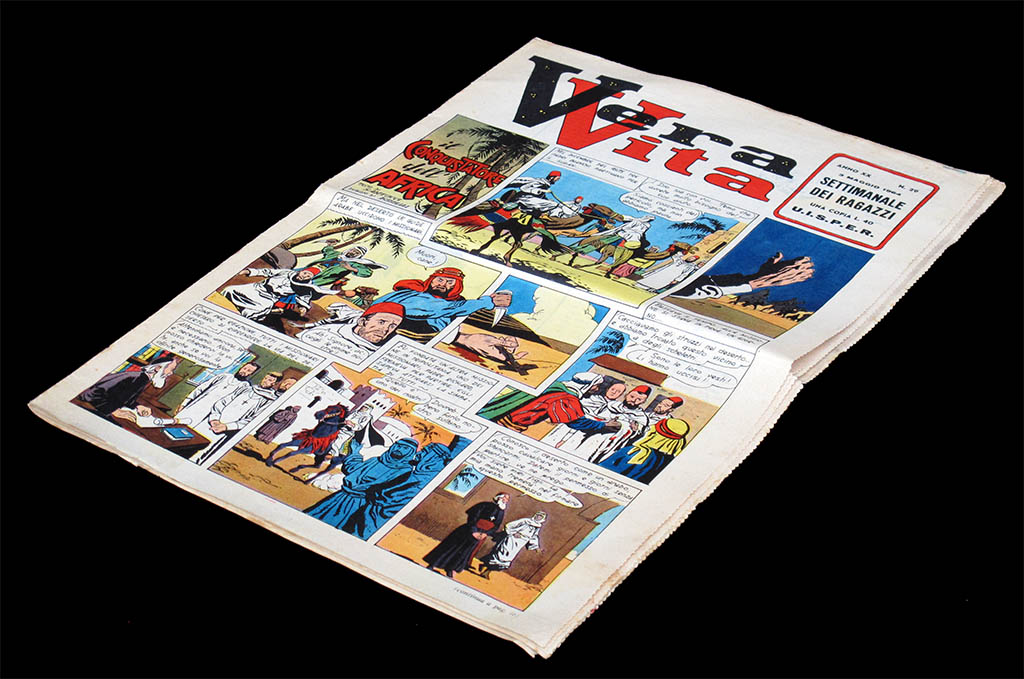 Giro d'Italia-themed game of goose included  with Vera Vita (year XX, nş 29, may 3rd, 1964). Vera Vita ("True Life") was a weekly youth's magazine issued by the Jesuits, with religious content on almost every page, as you can guess by the front page. (Compared to it, Azzione catolica's Il Vittorioso was quite mild). 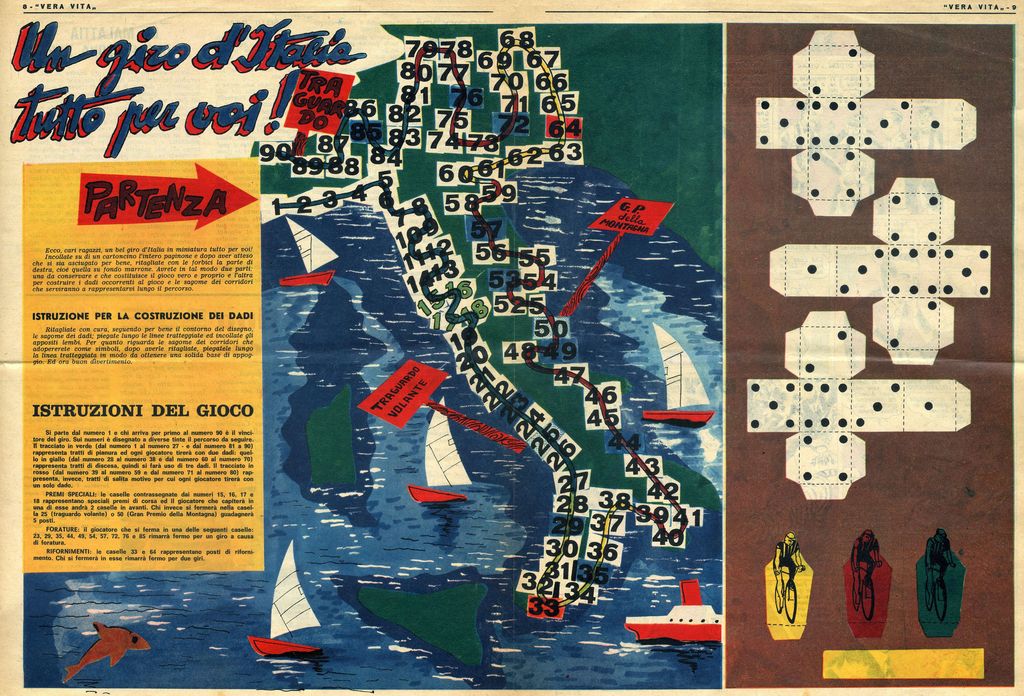 The Giro game included with the magazine is a very simple roll-and-move game which, at first sight, could as well be a yatch-racing game were it not for the three riders included.

However, there are a couple of cycling-oriented rules: On the green (flat) roads players throw two dice, while on the red (uphill) roads they throw only one die and on the yellow (downhill) roads they use three dice. And of course, there are some race incidents markes as "Forature" (punctures:miss one turn) and  "Rifornimenti" (feed zones: miss two turns). 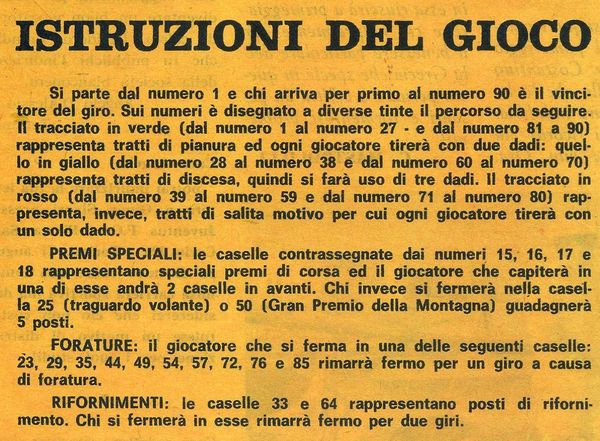 We have also the "Traguardo Volante" (intermediate sprint) and the "Gran Premio della Montagna" (mountain pass) in which you move 5 squares ahead (in both cases) and 4 mysterious special prices (fields 15, 16, 17 & 18) in which you should advance two squares, but it is not specified if you should do it twice if you fall on squares 15 or 16 (in which you advance to 17 or 18). 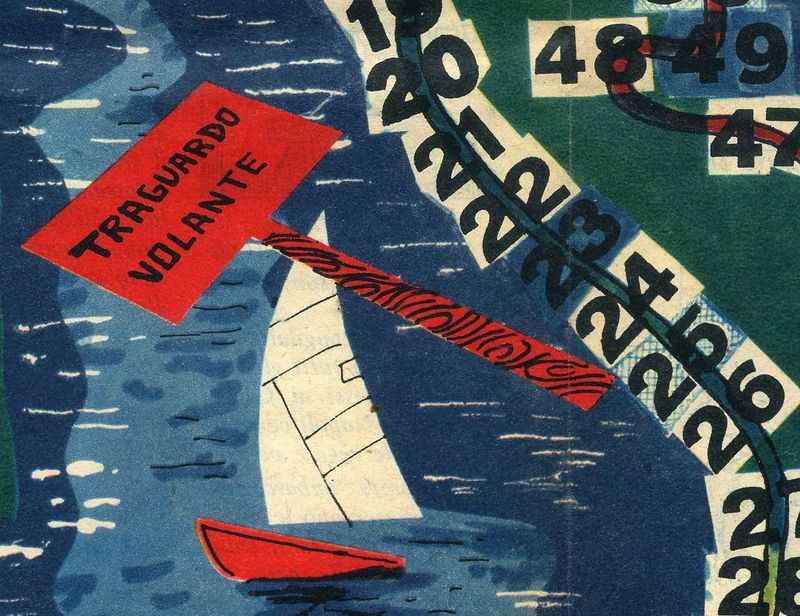 Is the Special Sprint is in the sea? 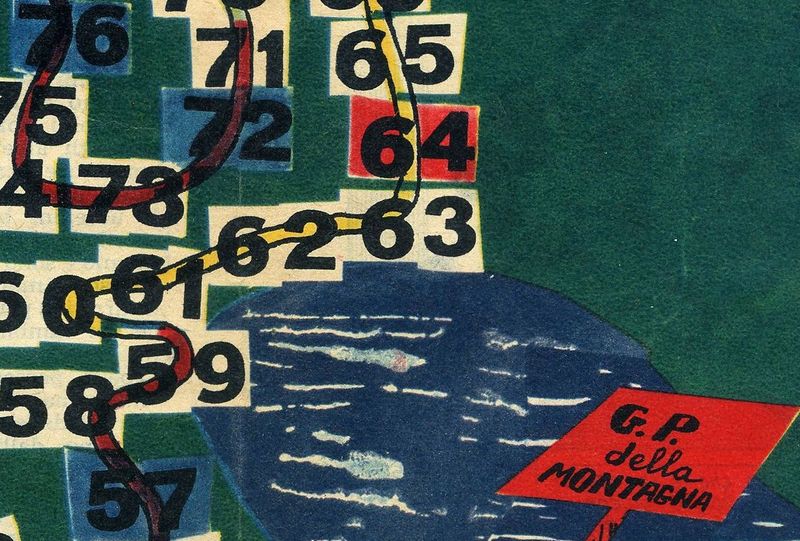 The riders are not only quite ugly (as is the rest of the game, by the way) but probably unstable and too big for the board. 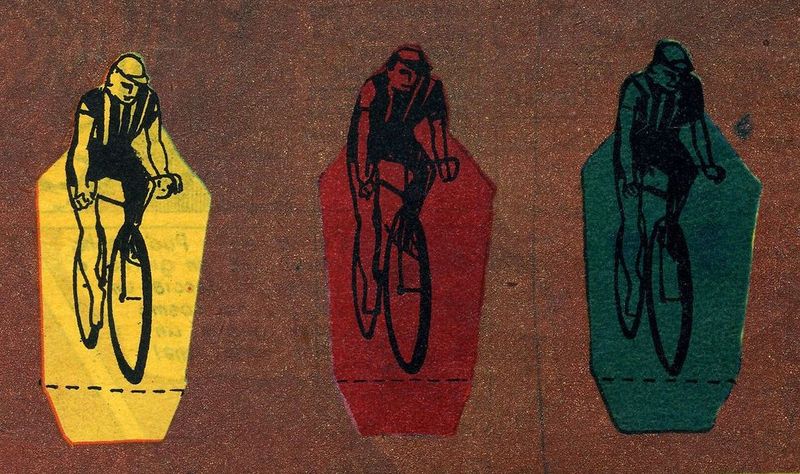 The dice (see picture above) are even more oversized and opposite sides do not even add up to seven.

All in all, the game is not only of interest tending to zero but also probably unplayable.