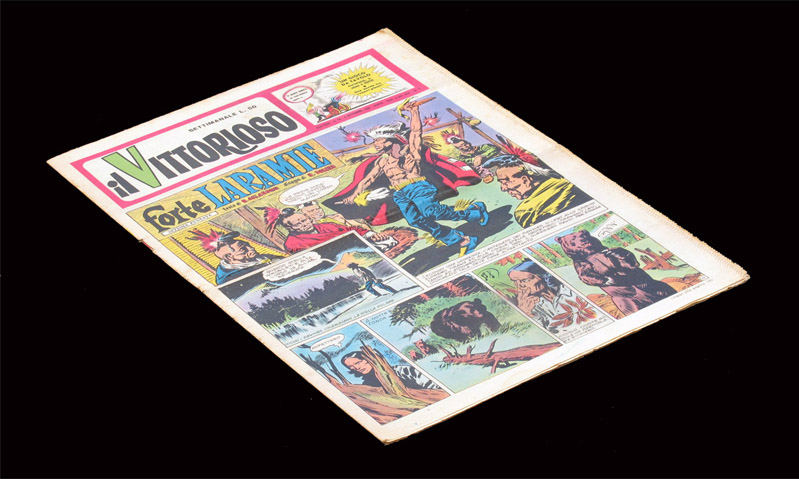 Game designed by Sebastiano Craveri (yes, the same of the Giro Binaca) for the magazine Il Vittorioso. This one was offered with nş 36, in june of 1959.

For a while I did not have the complete magazine, just the center pages with the game. What was worse was that the rules, supposed to be in p.14, were not there (p. 14 being on the back of the game, it was almost the only page I had). Fortunately some time later I found a seller that offered the complete magazine except the game! Ok, I have had to buy it twice (and pay twice the shipping costs too, but now I have the complete game AND can read the rules.

Now I know that in this game four families struggle to escape the crowded city and reach their (different) holiday sites: seaside, mountains, lake or hills. 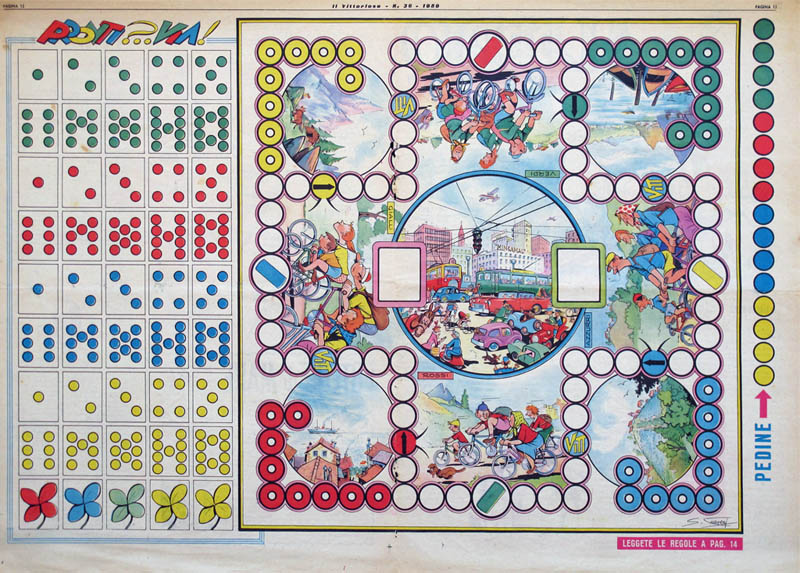 The game (as you could easily say by the board design) is based on parcheesi (aka ludo). Instead of dice the game uses a deck of "cards" (the rectangles with pips the left of the board, which look like dominoes but are not), with values from 1 to 10. (The colour of these cards is irrelevant). Some values of the cards offer extra possibilities, like drawing again with a 1, or dividing the number between different counters (with a 6, 8 or 10), or even moving backwards (again with a 10)

The goal of the game, of course, is to reach your goal with all four counters before your opponents do.

Needless to say, a family game. 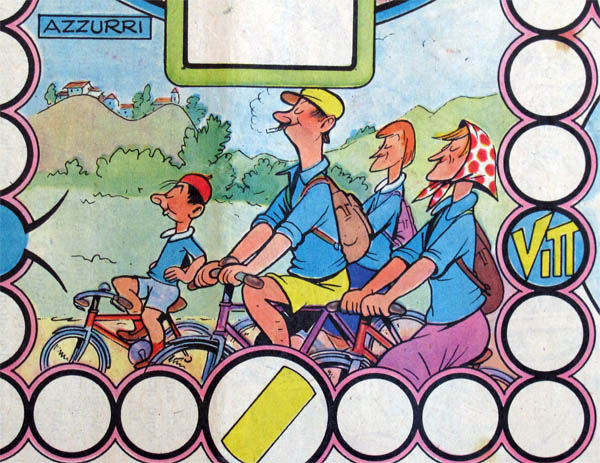 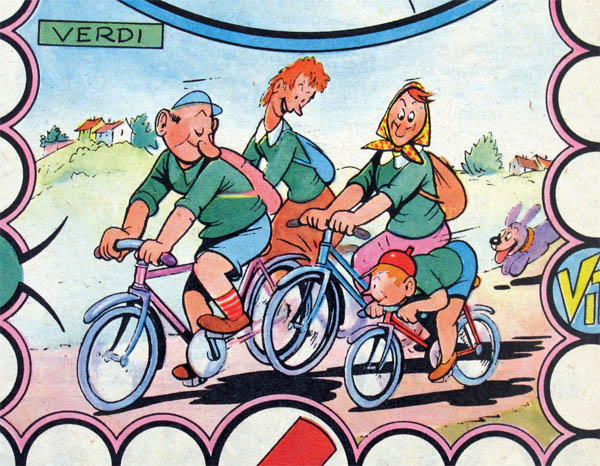 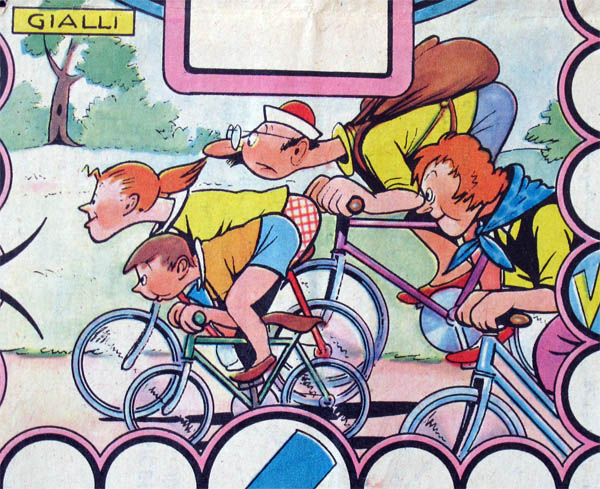 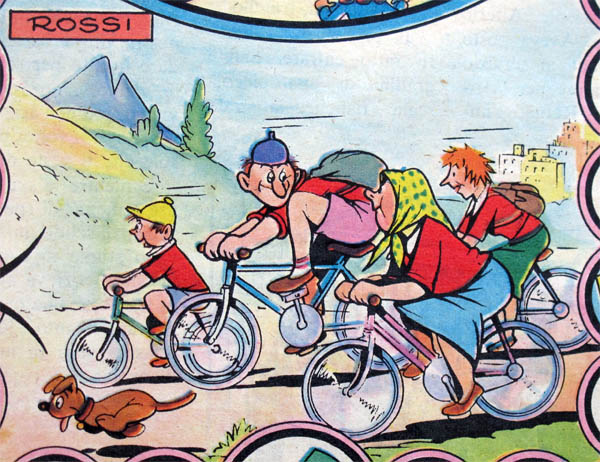 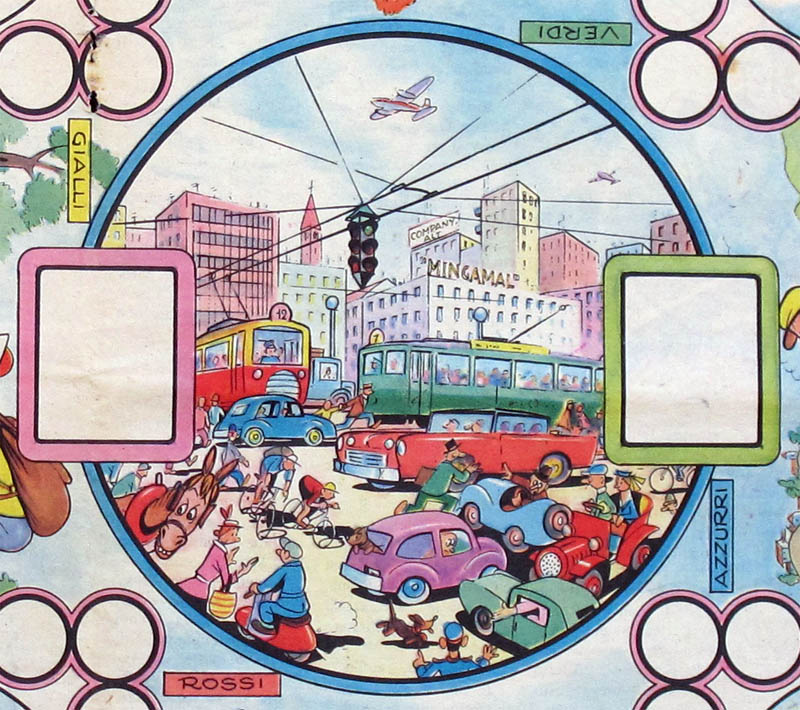