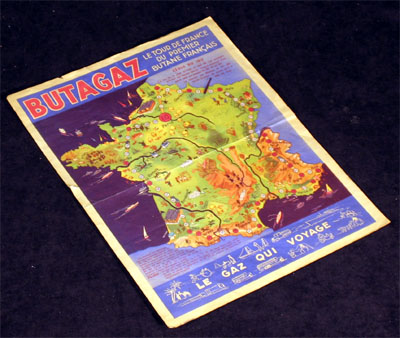 A promotional print (37 x 28 cm, roughly an A3 size). The game, of course, is a simple Game Of Goose, played with just one die. As a curiosity, the cyclist who rejoins a Butagaz truck (like the one in square 46, see picture below) advances two extra squares.

Butagaz made some other similar games in the pre-WWII years. Here and here are the others. 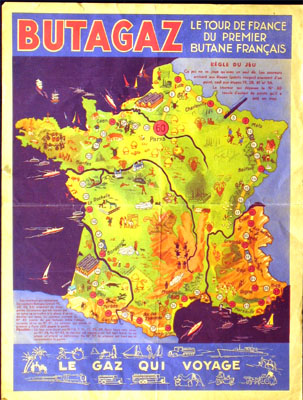 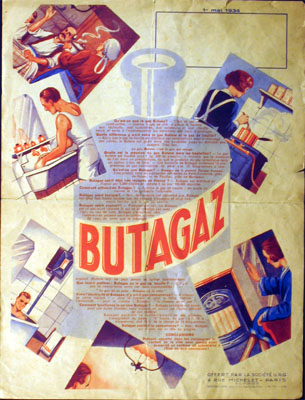 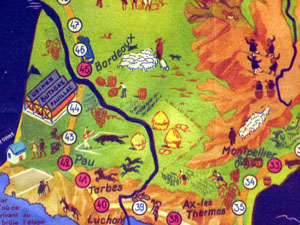 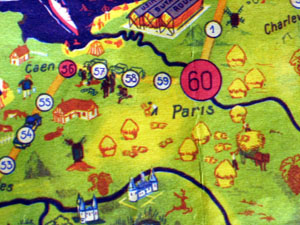 On the bottom of the board there is the inscription "A découper", which I had barely noticed.

Fortunately my friend Didier Maria sent me a picture of an uncut game. On it you can see 15 cut-up riders and a teetotum. 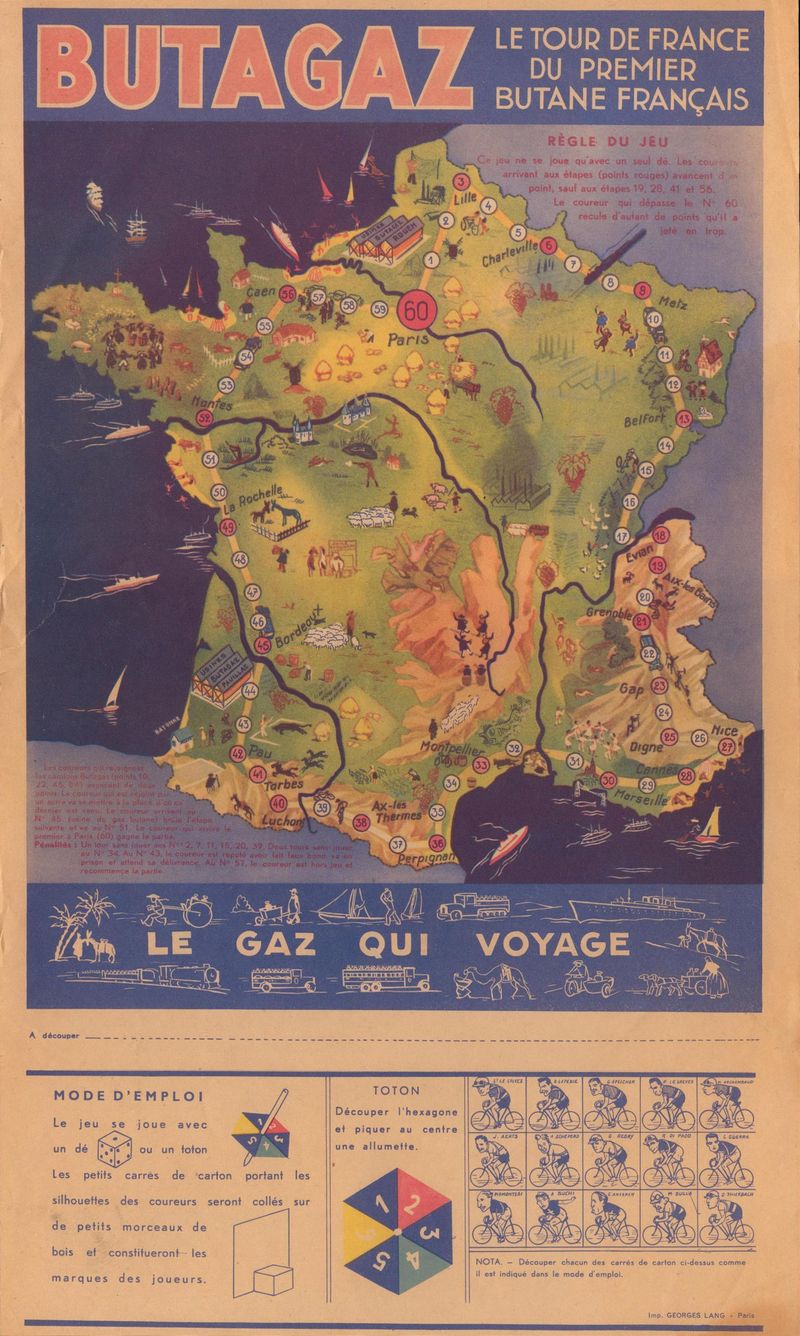 These riders look very familiar. In fact, the Learco Guerra drawing is the same as one I had not been able to identify previously but which now I know that it belongs to the 1935 version of the Butagaz game. Click here to read the rest of the story. 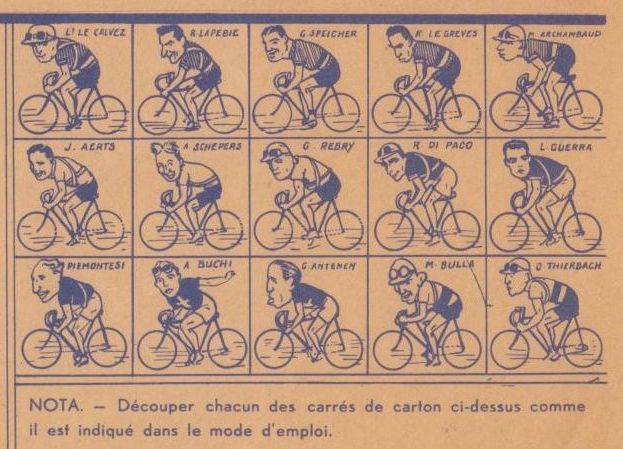