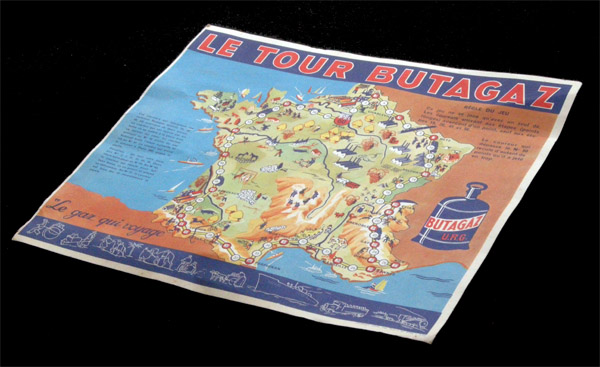 Another Butagaz promotional game(-of-goose). Unlike the 1934 butagaz game which was printed on paper, this one is printed on a 31 x 36 cm cardboard.

(Addendum: The 1936 game was printed on cardboard too). 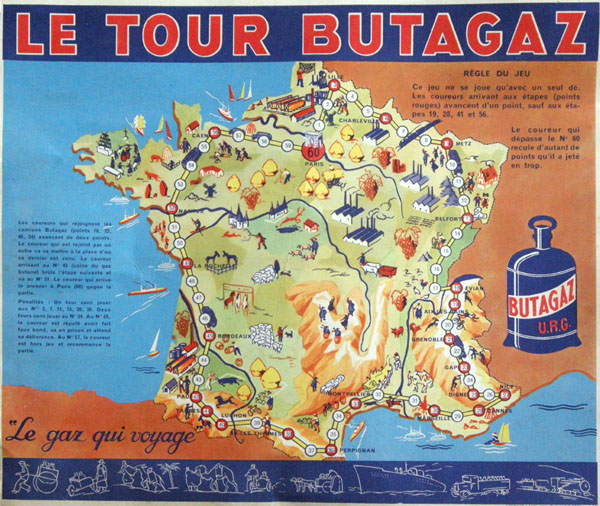 According to the rules, whenever a rider reaches a Butagaz truck (like the one on square 22) he advances two extra squares. 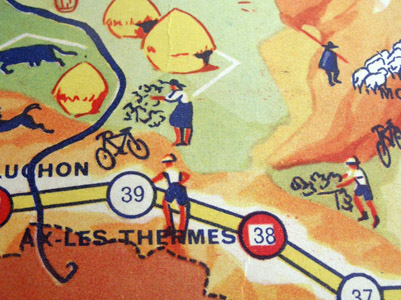 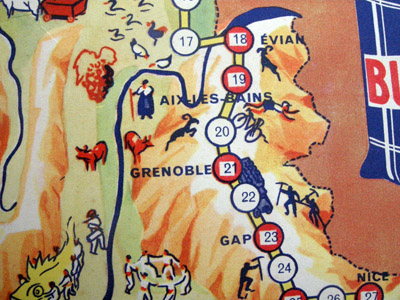 For I while I thought it possible that there were some cut-up cyclists included with this game, but it was just a guess. 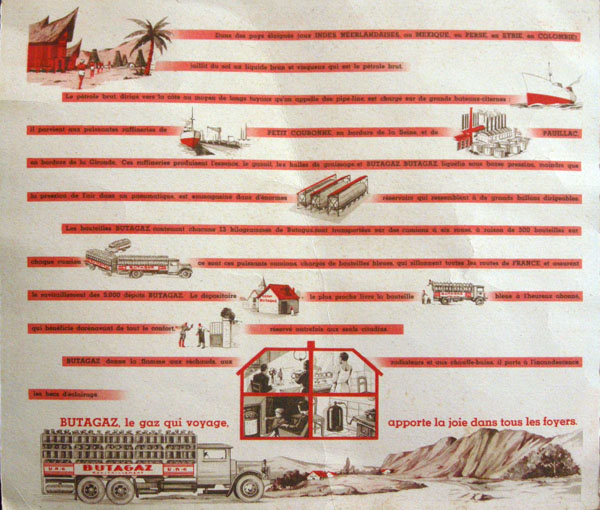 On the other hand, some years later I happened to purchase this small (16 x 4 cms) card but I could not identify the game to which it belonged. So I added it to the website as an unknown game and I asked for help.

Notice that the number 2 on the teetotum is printed the other way round.

I wrote: "Learco Guerra, Kurt StŲpel, Edgard de Caluwť, Vicente Trueba, Antonin Magne and Renť Vietto. Of them, De Caluwť and Vietto are the youngest and their presence indicates that the game was probably not made before 1934 (ore else by a visionary). On the other hand, the absence of earlier stars like Alfredo Binda or Charles Pťlissier (both of whom were active but well past their prime by 1935), or later superstars like Gino Bartali or even Sylvere Maes, is why my guess is that the game was made around 1935. Still, I cannot explain the absence of Romain Maes, winner of the Tour de France that year (except that the game was made just before the Tour) or of George Speicher, winner in 1934.  However, it is worth noting that all the riders in this game except Learco Guerra took part in the 1935 Tour de France. What is quite weird is that only one of them made it to Paris, and his results were not so good anyway (Renť Vietto, 8th).

Of course, a possible explanation is that there were more than six riders in this game, and that there are more cards like this one with other riders. Any information about this game will be welcome."

Johan Vanhuyse even suggested that the game might be Belgian. While I conceded that this possibility had not crossed my mind, the fact that there wass only one Belgian rider in this card lead me to think that it was not too probable. 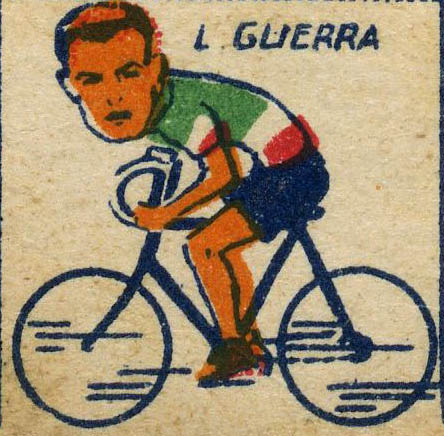 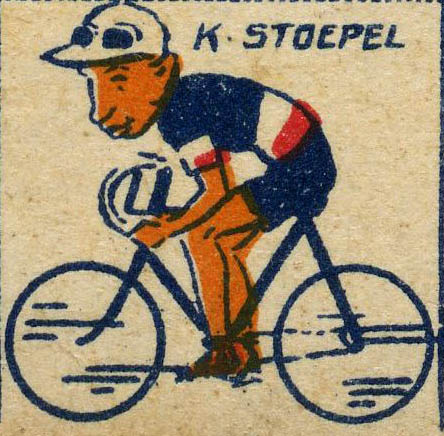 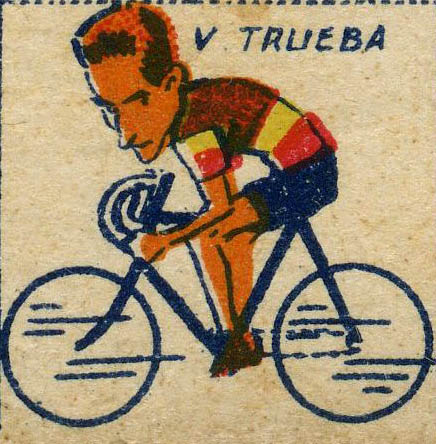 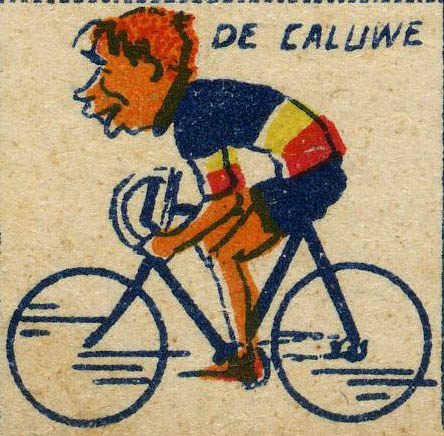 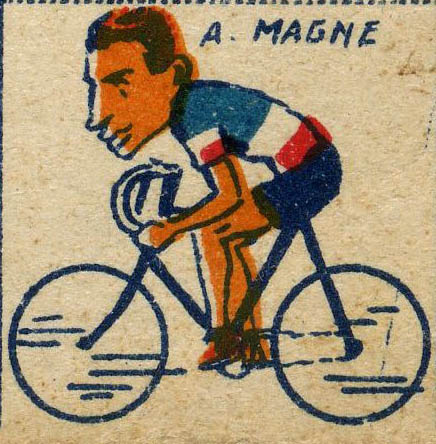 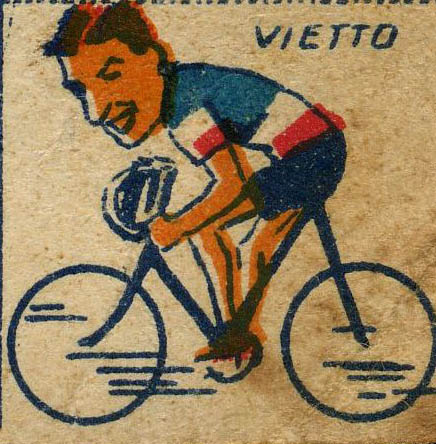 Finally one day my friend Didier Maria sent me a picture of the 1934 butagaz game uncut, featuring 15 black and white riders which are similar to those (Learco Guerra, in fact is identical). And all of a suden it all made sense. The cardboard of which the board is made is identical to the one of the smaller card with the riders. Furthermore, I found a picture (of very low quality, unfortunately, that's why I do not show it here) of a copy of this game with the board AND the riders. So now I know these riders belong to this game.

And, by the way, I was quite close with my guesses ;-)