PRO CYCLING THE BOARD GAME 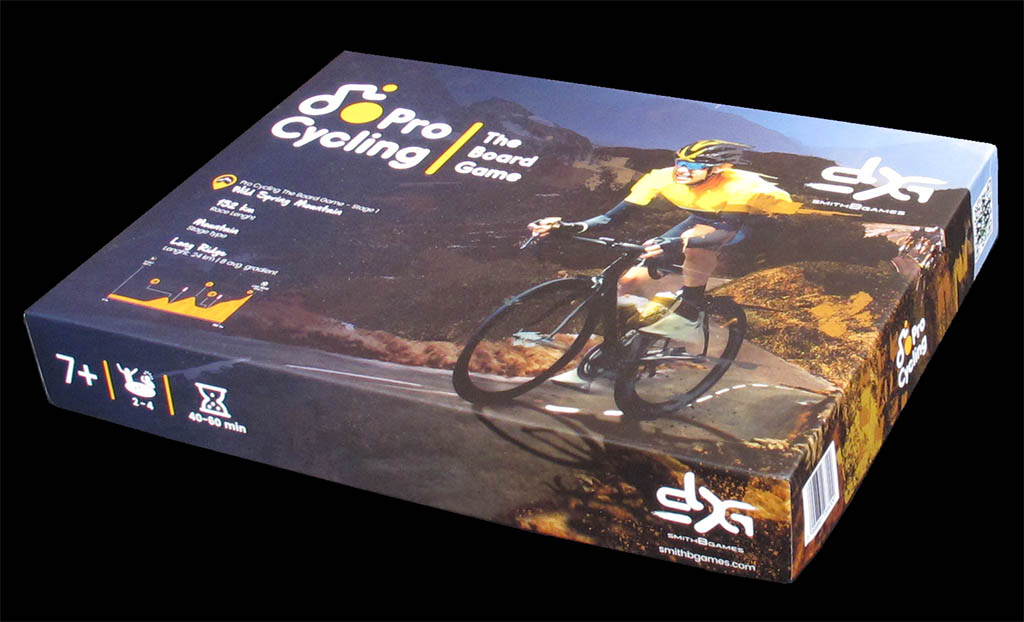 Here is a recent Hungarian cycling game. Of course in these global times we cannot (and of course will not) judge a game for being Hungarian, but it is nevertheless worth stating that this is only the second Hungarian game in my collection and that the other one is more than 60 years old (and is as different from this one as Hungary was then from what it is now). It is also curious that in the last few weeks I have received a couple of emails from Hungary concerning cycling board games (while I had not received a single email from Hungary in the 15+ years in which this website has been online). Although these emails were totally unrelated to this game, it makes me wonder whether this is a simple coincidence or something is happening in the Hungarian cycling board games world.

This said, let's go back to the game. It represents a team cycling race in which the winner is the team that scores more points at the end of the race (not the team one of whose riders crosses the finishing line first).  As I have written elsewhere, favouring team classification (as opposed to individual classification) used to be a feature of Socialist Bloc games (and of Socialist Bloc races, or at least of their propaganda machine). With this game being Hungarian someone could be tempted to think that favouring a team classification might be a remnant of former times, but I think we can safely assume it is just a coincidence. Scoring teams instead of racers is a common feature is many racing games and curiously most games I have added to the site this month favour team classification, including old Eastern Bloc games but also recent American games. In fact, most classic race games are "team" racing games; I am thinking of really classic games, from Backgammon or Parcheesi back to Senet and The Royal Game Of Ur (the most notorious classic exception being the Game of Goose, of course).

In this game there are five riders available for each team (a leader, two climbers and two sprinters) only four of which will take part in a given race. It is compulsory to use the leader, so the only options are to leave out a climber or a sprinter. In case you play a stage race, you can change your team's line-up depending on the stage profile. Of course, this is a good reason not to score riders individually. By the way, this may sound quite unrealistic nowadays, but it used to be possible in real cycling races. Teams could and would change teammates during the race, though of course only riders who took part on all the stages competed for the GC.

The board is quite big (97 x 45.5 cms) and is made of nice sturdy heavy cardboard. The game box, by the way, measures 38 x 28 x 5 cms. Included with the game are the rules and reference cards in Hungarian and English. Four extra languages are available from the website (French, German, Italian & Spanish), but at the moment of writing there are only the rulebooks, not the reference cards. 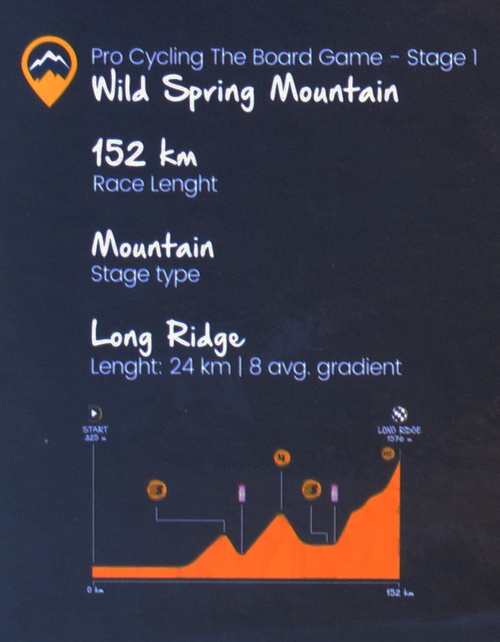 An unusual feature is that players can agree to end the game after a given amount of points (instead of moving their riders all the way to the finishing line) but, on the other hand, can also play a stage race carrying the score (team score, of course: riders are not scored individually) onto the next stage. However, we only have one stage included with this game. As we read on the box, the featured board is "Stage 1, Wild Spring Mountain". It is a mountain stage indeed, complete with an Hors-Categorie finish.

More stages are supposed to be available sometime from the game's website, but until they are I am afraid the second sprinter in the teams will not have many chances to be selected.  Also, until more stages are available, I will include this game in the one-day races list. 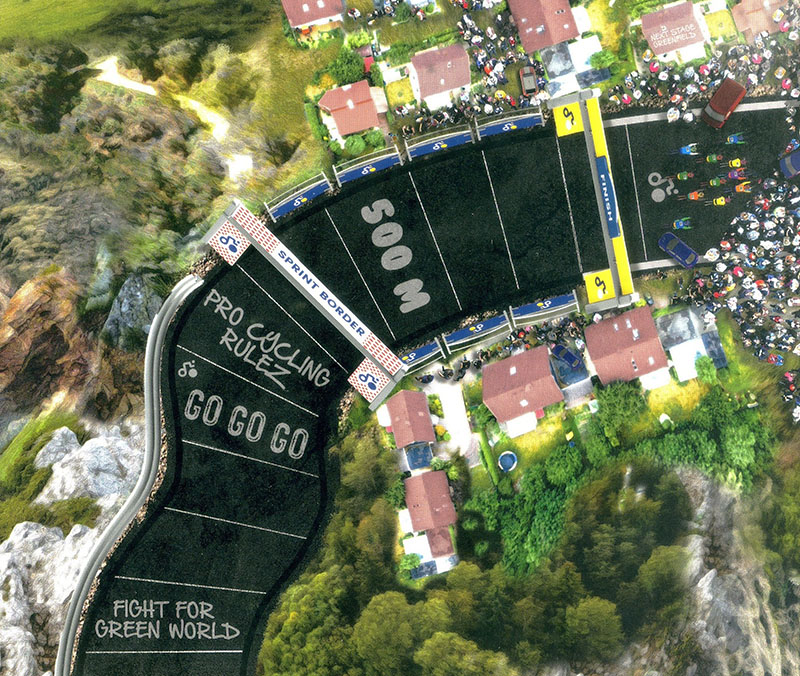 The type of terrain is indicated by the coloured lines at the sides of the road, which match those on the reference card (well, almost: you may need some imagination, but in the end it is quite easy/obvious). 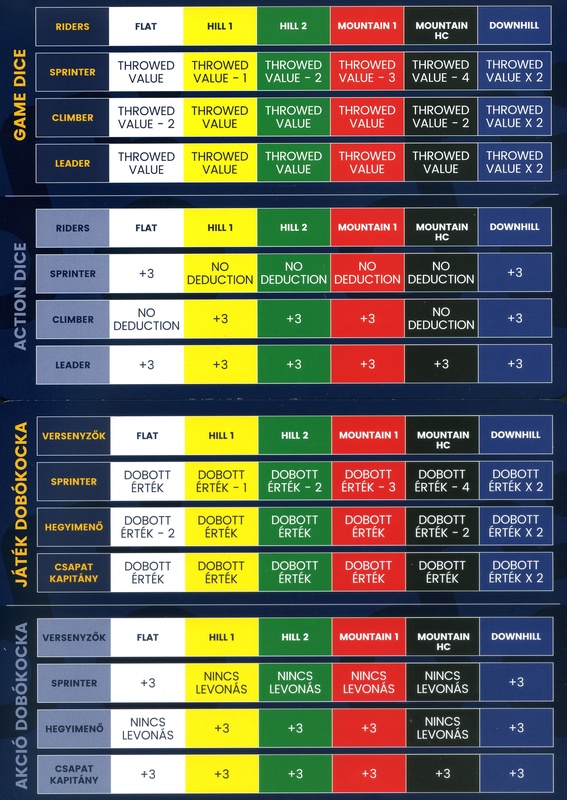 The peloton pieces advance three fields per turn. Their movement does not depend on the dice. On the other hand, the breakaway riders' movement depends on the throw of the dice, the type of  rider and the type of terrain, according to the reference table. 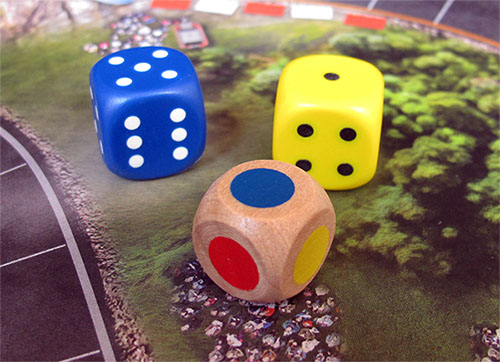 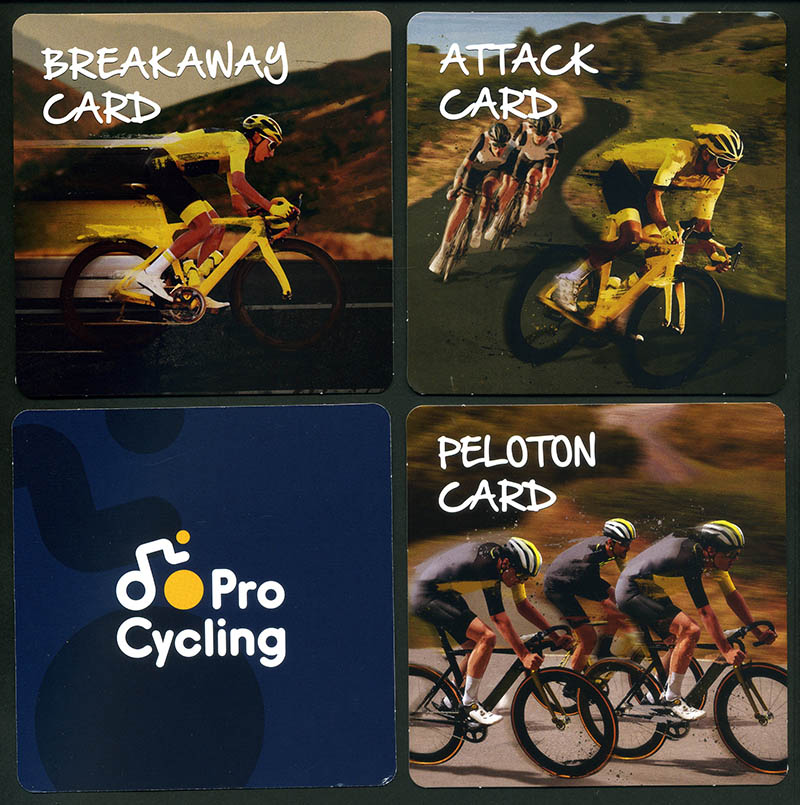 Action cards are used to break away from the peloton. There are two ways of doing it: with a Breakaway card (double the die throw) or an Attack card (use two dice). The Peloton card increases the speed of the peloton, but it may only be used once during the game. 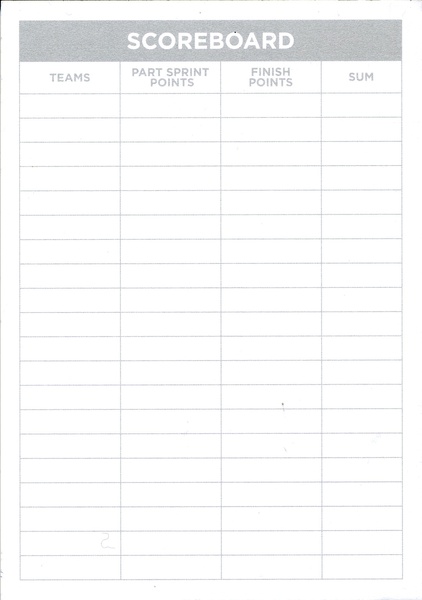 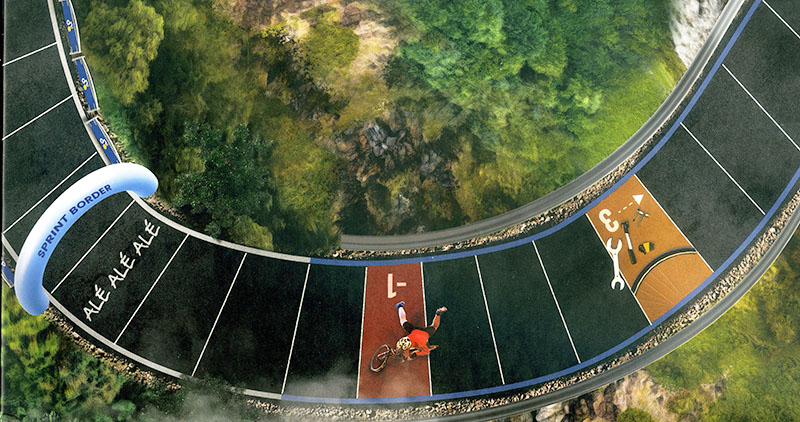 There are a couple of race incidents on the board, both of which in the same downhill section (wow, this must be the dangerous part of the course). They have the common simple rules (miss one turn / go back thee spaces) one would expect to find in simpler games, but maybe not in this game. They do not really fit with the rest of the rules.

However, these rules mismatches are often found in self-released games, and this one is not an exception. Some parts of it are fine, others betray the difficulty to release games on one's own.  There are many decisions to be taken, and generally not enough time/distance to take all of them correctly. For instance, the scoreboard (pictured above) is probably unnecessary, although there is nothing wrong about having it in the game. It is just one of these thing you have to decide some time and you end up with an English-only nothing-so-special-about-it scoreboard that you could have dispensed with and saved some cents on the game price.

Another common problem with self released games is rules legibility. Every game designer knows that it takes a lot of experience to make game rules readable, and most self-released games suffer from awkwardly written rules. In this case, it might be a problem of translation (I cannot read the original Hungarian rules) but I would rather say it is a problem of organization (I can read almost all the languages the rules have been translated into). My main objection is that there is some confusion between "teams" and "peloton", and that you have to read the rules three times to understand the turn order. In fact I had to read them three times to understand almost anything but then maybe the problem is me. (Oh no! Am I going to make the same joke again? Yes, I will).

Anyway, the good part is that these rules are not long, so reading them three times is not a big deal. And of course you can download them and judge by yourselves. 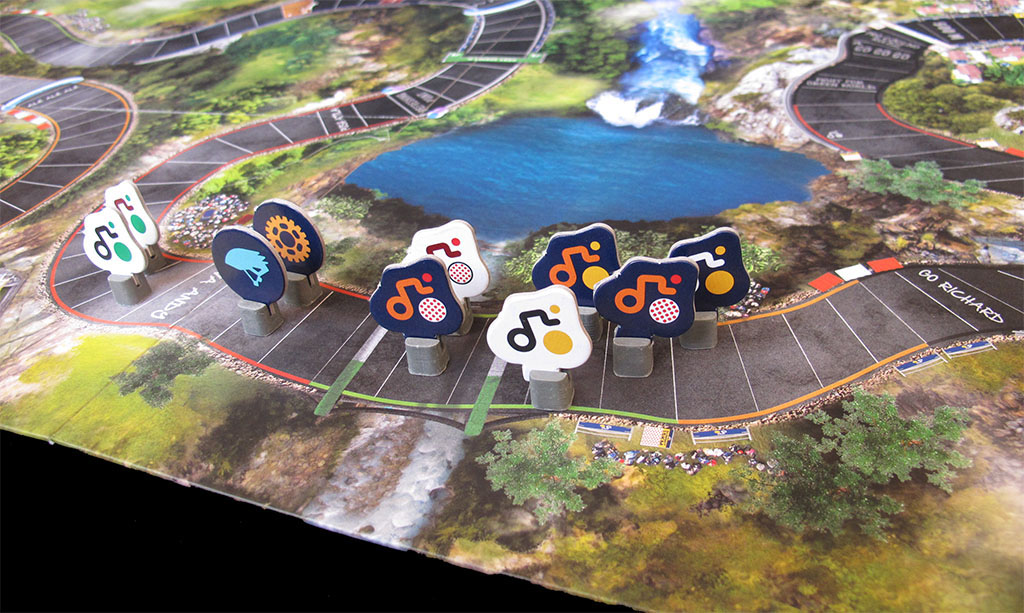 The good part about the game is that the quality of the material is above average among self-released games. The box and the board are professional looking and the riders are quite fine too. On the other hand, the peloton/team pieces (you can see two of them on the picture above: they are the round pieces) are a case of graphic design mismatch (IMHO), and the action cards are not that great either.

All in all it's just a matter of opinion. The riders look good in the pics, don't they? It is nice to have a new game on the market, and I looking forward for the new boards to be released. 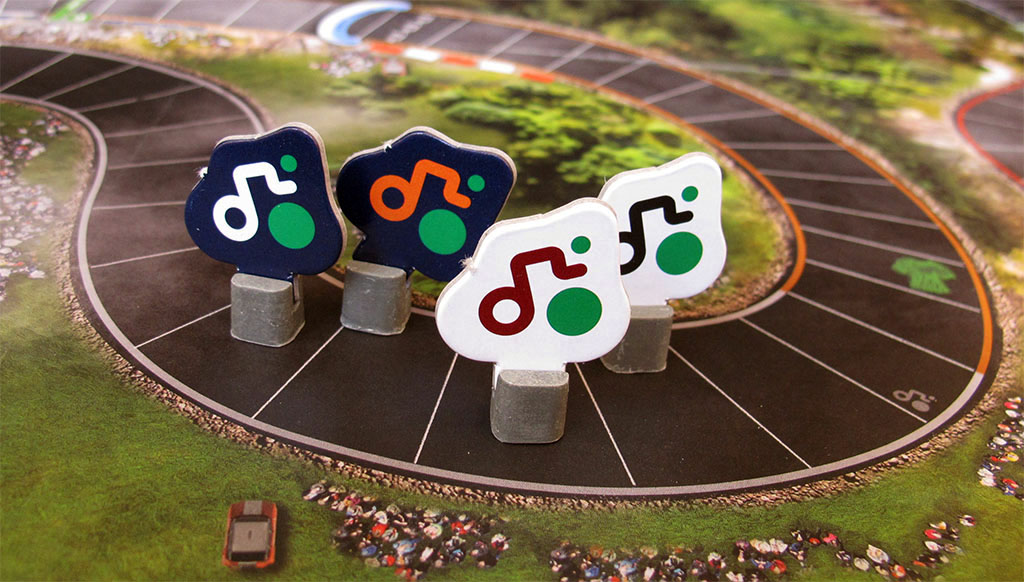